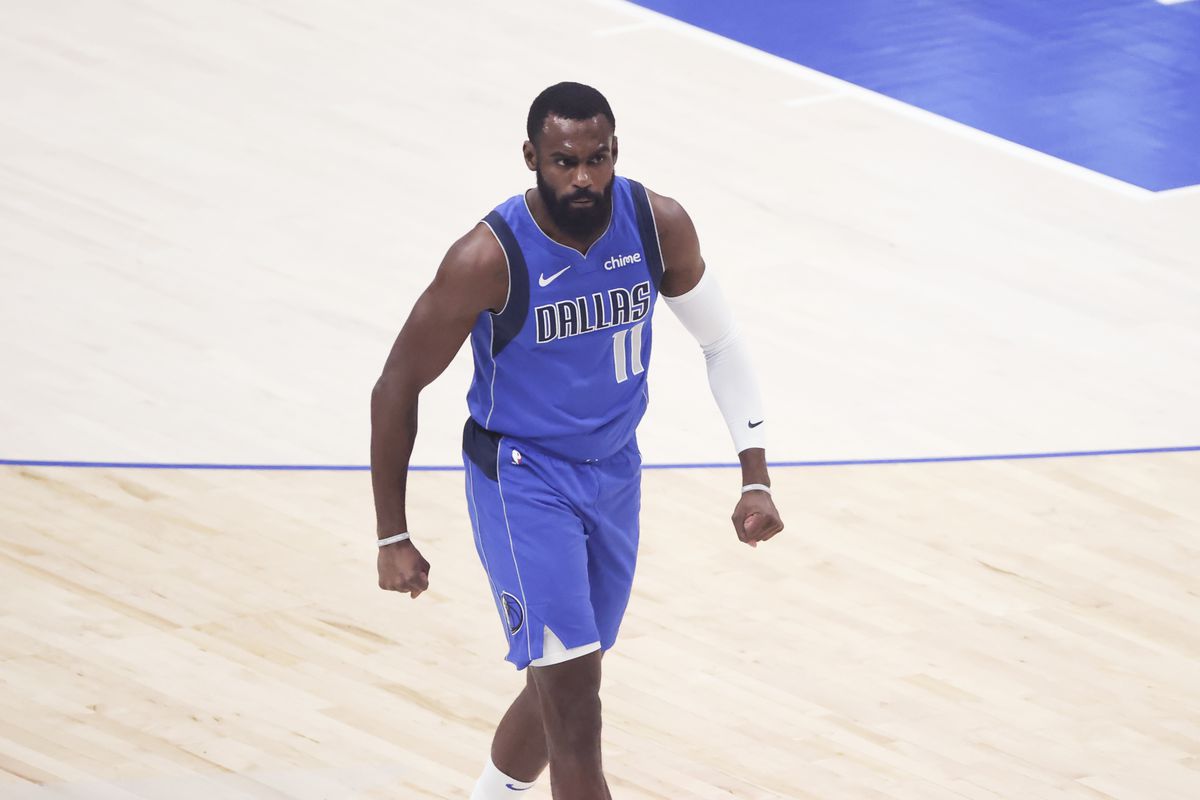 Tim Hardaway Jr. will be healthy to start the 2022-2023 NBA season for the Dallas Mavericks as they seek to replicate their success from last year as well build upon and exceed it. Hardaway Jr. missed close to half of the Mavericks’ games last year with a fractured foot, keeping him sidelined for the Mavs’ playoff run to the Western Conference Finals against the Golden State Warriors.

“Yeah, he’s recovered. He’s doing great,” said Kidd. “He’s been here for the last week or a little bit longer playing with the guys. He looks great. And he’s ready to go and I know he missed most of the season last year… I know Tim is excited to be able to get back and help the guys on the court.”

Hardaway Jr. only affirmed Kidd’s confidence in him when asked about his current condition and how well his recovery has gone.

Hardaway Jr. will be tasked with adjusting back to NBA game speed in most likely limited minutes to start the season. In the NBA, a foot injury can be difficult to return from, as it means adjusting from the rehabilitation treadmill to the pace of the NBA game. That doesn’t seem to be much of concern for the nine-year veteran though.

“I don’t think it’s gonna be tough for me. Being able to watch from the sidelines, you know a little bit more than the guys that are on the floor, I believe. And just hearing what the coaches are talking about on the sidelines and where their mindsets are going before each & every game and after the game,” Hardaway Jr stated introspectively. “And just being able to to be a sponge and hear what they have to say throughout that whole entire time (of) me being injured. I think it helped me out tremendously knowing what they need me to do. In order for me to go out there and succeed and help the team.”

When asked about the details of some of those conversations with coaches while spending time on the bench recovering, Hardaway Jr. humorously replied, saying: “That’s classified. Next question.”

Hardaway Jr. missed the long playoff stretch where the Mavericks prevailed over the Utah Jazz & Phoenix Suns in the first two rounds before being defeated at the hands of the eventual 2022 NBA Champion Golden State Warriors. Hardaway Jr. would have been a valuable contributor to the team had he been healthy and commented on how he feels going into this season with the success of last year.

“I would say just, it lights a fire under me a little bit,” Hardaway Jr replied fervently. “Definitely have a chip on my shoulder throughout this whole entire summer, I mean, it’s real… I’m nervous up here talking about it but I’m really ready to get things going, get the ball rolling and getting ready to go out there and compete.”

You have to admire the passion of the former Wolverine; there is a level of immensity and importance to this season for him that you could sense in his voice. You could surmise Hardaway Jr. comprehends the moment his team is in, having competed at the highest echelons of professional basketball and coming up just short of the ultimate prize. Hardaway Jr. can contribute to that but acknowledges his own limitations as a player and knows the role he has to fill for the Mavericks to be successful coming into this year.

“I only bring so much to the table but I know all the guys just want me to be myself. Be that energy giver. Be that passionate player out there on the floor and just go out there and hoop, go out there (and) have fun. This is (an) easy sport that we play…don’t make it too hard on yourself.”

Hardaway Jr.’s mentality harkens back to the KISS principle (keep it simple, stupid) and shouldn’t be scrutinized further than that. He knows what it will take having watched and analyzed courtside for half of last season where he fits into this team. Hardaway Jr. won’t start coming off his foot injury and will have to be a spark off the bench to help the Mavericks win.

The expectation for Hardaway Jr. should be a slow start in the Fall months of the season as he regains his footing for the Mavs. He will need to not rush his progress or reaggravate his previous injury so that by the time the postseason rolls around, he will be ready to help Dallas charge through the Western Conference and attempt to win their second NBA championship as a franchise.