With the NBA Draft Being Tonight, It’s the Perfect Time to Unveil The Preseason Top Ten and Pre-Season Awards 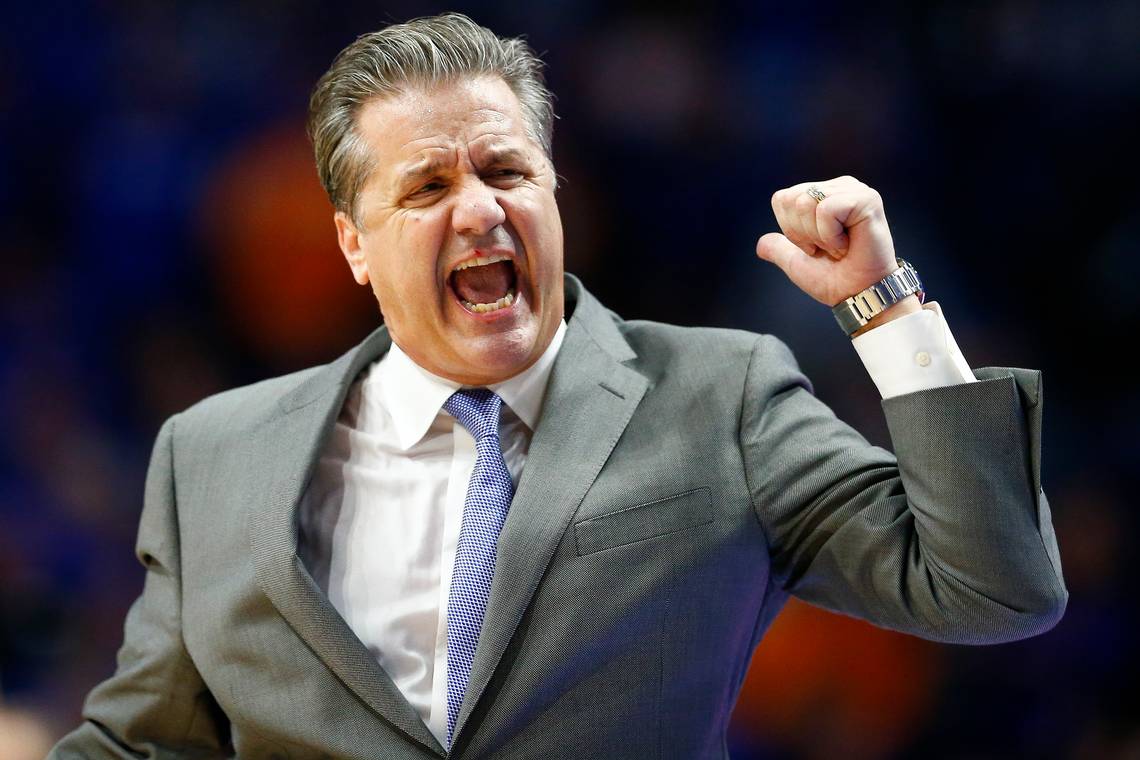 College football hasn’t even concluded yet but it’s time to dive into college basketball season. There are some relative newcomers in the preseason top ten this year, along with your traditional blue bloods. Per usual, Kentucky brought in the best 2020 recruiting class.

Kentucky’s class includes number five overall prospect of 2020, Brandon Boston Jr. who plays shooting guard, but will also handle some point guard duties for the Wildcats. Kentucky’s number one ranked class is followed by North Carolina’s class, and then Duke’s. After one of the worst seasons in Tarheel history, Roy Williams hit the recruiting trail, bringing in five stars Caleb Love, Day’Ron Sharpe, and Walker Kessler.

Kessler and Sharpe are both post players, and will join what could be the best front-court in all of college basketball, joining up with sophomore Armando Bacot and senior Garrison Brooks.

Before we dive into the preseason rankings and awards let’s go over some news and notes leading up to the season.

PG: Ayo Dosunmu, Illinois (Junior): Proved himself as one of the best point guards in the country last year. Big, strong, versatile floor general who can look to improve his perimeter shot.

G: Cade Cunningham, Oklahoma State (Freshman): The top overall recruit from 2020 will be heavily relied on by the Cowboys. He’s a big, tough, strong, guard who does almost everything at a high level, and that includes winning.

G: Jared Butler, Baylor (Junior): Butler will be the best player on the nation’s best team, the Baylor Bears. He’s a player who can do virtually everything. Look for Baylor to go the way Butler goes. The Bears have unlimited potential, but it all starts with Butler.

G: Collin Gillespie, Villanova (Junior): Jay Wright’s offense at Villanova paves the way for guards’ success. Gillespie is in his fourth season at Villanova, and should see his offensive opportunities sky-rocket after the loss of Saddiq Bey to the NBA.

C: Luke Garza, Iowa (Senior): The lone senior on the our preseason all-Americans, Luke Garza is a force to be reckoned with. He finished second in a neck to neck race with Obi Toppin for the Wooden Award last year. Garza is a double-double machine. Look for him to average around 25 points-per-game and 12 rebounds-per-game.

G: Marcus Zegarowski, Creighton (Junior): Zegarowski will have some big shoes to fill, in last year’s top scorer Ty-Shon Alexander. However, Zegarowski is more than capable of the task at hand. He averaged sixteen points and five assists-per-game last year. Creighton has Final Four potential, but it all starts with Zegarowski.

F: Corey Kispert, Gonzaga (Senior): Kispert is listed as a small forward, but has the capabilities to do multiple things. He is a high level three point threat, averaging 44% from behind the arc. Look for Kispert to lead the Zags in scoring. He will have some help with freshman guard Jalen Suggs.

F: Jeremiah Robinson-Earl, Villanova (Sophomore): Robinson was the go to guy in the interior last year for Jay Wright. He earned Big East Freshman of the year, and was a unanimous choice for the Big East All-Freshman team.

C: Garrison Brooks, North Carolina (Senior): Brooks had to carry the offensive load for a poor Tarheel team last year. However, with the addition of five star front court players, Walker Kessler and Day’Ron Sharpe, his burden should be lightened. With that being said, Brooks is a double-double threat every night. Look for him to average just under 20 points-per-game and 11 rebounds-per-game.

G: BJ Boston, Kentucky (Freshman): Look for Boston to handle most of the scoring for the Wildcats. He will be heavily relied on in the offensive end. Look for him to hit is stride at just the right time, right around tournament time.

G: Marcus Garrett, Kansas (Senior): Garrett is the best defensive player in the nation, without a doubt. He won the Naismith Defensive player of the year last year, and will look to make it back-to-back this year. With Kansas replacing Devon Dotson, look for Garrett to shoulder more of the offensive load.

F: Trayce Jackson-Davis, Indiana (Sophomore): Last year Jackson-Davis led all freshman in the Big Ten in scoring, blocks, and PER. He will be the featured player for an Indiana team looking to crack the top 15 by year’s end.

F: Evan Mobley, USC (Freshman): Mobley was the third highest rated recruit in the 2020 class. Look for him to be a force on the inside offensively and defensively. He does have some big shoes to fill, as he will pick up where Onyeka Okongwu left off before entering the NBA Draft.

F: Oscar Tshiebwe, West Virginia (Sophomore): Tshiebwe led the Mountaineers in field goal percentage, points, rebounds, and blocks last year as a freshman. He could be the Big-12’s most dominant frontcourt player.

Freshman All-American Team (Writer’s Note: Any Freshman who was included in the previous three all-American teams will not be on this list):

G: Jalen Suggs, Gonzaga: Mark Few will hand over the keys to the freshman, as he will be the driving force behind the Zags success.

G: Joshua Christopher, Arizona State: Christopher arrives in Tempe with one of the best offensive packages in the 2020 class. Look for him to mesh well with Sun Devils point guard Remy Martin, to form possibly the best backcourt in the Pac-12

G: Caleb Love, North Carolina: Love has to fill in for Cole Anthony, who missed most of last season with an injury. He is basically on this team because the Tarheels need help in the backcourt, and Roy Williams will heavily rely on him for perimeter scoring and play-making.

F: Scottie Barnes, Florida State: Barnes is a long and powerful 6-foot-8 forward who is versatile on both ends of the court. Don’t be surprised if you see Barnes running the point-forward for the Seminoles, as he is more than capable of handling the ball

F: Jalen Johnson, Duke: After losing Zion Williamson, R.J. Barrett, and Cam Reddish to the NBA Draft, Johnson will be leaned on to shoulder the scoring load for the Blue Devils. He is a versatile offensive play-maker

Player of the Year:

Ayo Dosunmu, PG, Illinois (Junior): Dosunmu proved last year that he is an excellent floor general with lethal scoring ability. If Illinois is to have the season they hope for, Dosunmu will have to play at a very high level, which he will. He will lead Illinois to a Big Ten Championship, and walk away with the Wooden Award in 2021

Luke Garza, C, Iowa (Senior): Garza is the popular pick for the Wooden Award this year, after he finished second last year to Dayton superstar Obi Toppin. Garza will still have an outstanding senior campaign, but he will be the focus of opponents’ defense all year. On top of that, Iowa can’t seem to figure it out on the defensive end, which will hurt Garza’s efficiency, and likely put him in foul trouble in a lot of match-ups.

Cade Cunningham, G, Oklahoma State (Freshman): Cunningham has a real chance to win the Wooden Award this year as a freshman. He can play both guard positions, so don’t be surprised to see the 6-foot-8 Cunningham bringing the ball up the court. He is the most coveted recruit in Cowboy history. He has the best decision making of any prospect in the last 10-15 years. On top of that, all he does is win. He finished his high school career at the legendary Montverde Academy in Florida. He also won a gold medal for the United States at the 2019 FIBA Under-19 World Cup.

Marcus Garrett, PG, Kansas (Senior): Widely viewed as the best overall defender in college basketball, Garrett should put up good defensive and offensive numbers this year. He will take on floor general duties, after Devon Dotson entered the NBA Draft. However, his real impact comes on the defensive end, where he will be matched up with the opponent’s top guard/small forward player every game.

Defensive Player of the Year: Marcus Garrett, Kansas (Second in a Row)

Newcomer of the Year: Sam Hauser, Virginia (Transfer from Marquette)

Best Game of the Year: Last year Duke hit two buzzer beaters in their February 8th match-up versus rival North Carolina. This year the roles will be reversed. In the last ACC game of the year on March 6, 2021, the sixth ranked Blue Devils will travel down Tobacco Road for eight miles to take on tenth ranked North Carolina. Duke will lead for the entire game until the final minute. With six seconds left, Matthew Hurt will hit 1-2 free throws to put Duke up 89-87. Freshman Tarheel point guard catches the inbound pass while running towards his hoop, he then mistakenly dishes the ball to freshman teammate Walker Kessler, who is sitting in the corner behind the arc. Realizing he doesn’t have time to drive or pass, Kessler lets it go from deep, and it bounces around the rim before splashing through the net. The replay team will look at this play for 5-10 minutes, but determine the ball left Kessler’s hands with 0.01 seconds on the clock. Tarheels rush the court, in their most exciting win since 2018.

Well there you have, the 2020-21 college basketball preview article brought to you by BackSportsPage. Feel free to tweet me on teams or players I missed, or post it into the comment section. On top of everything, we still don’t know for sure if there will be a college basketball season. Let’s hope the players and coaches can stay healthy and give us a great March to remember!

(Writer’s Note: The Mid-American Conference Basketball Preview will be posted later this week)

The Battle for the Wagon Wheel: Golden Flashes Put Up 750 Total Yards En Route to 69-35 Victory Over Rival Akron
The Fourth & Long Podcast Episode 12: Is Anybody Safe?