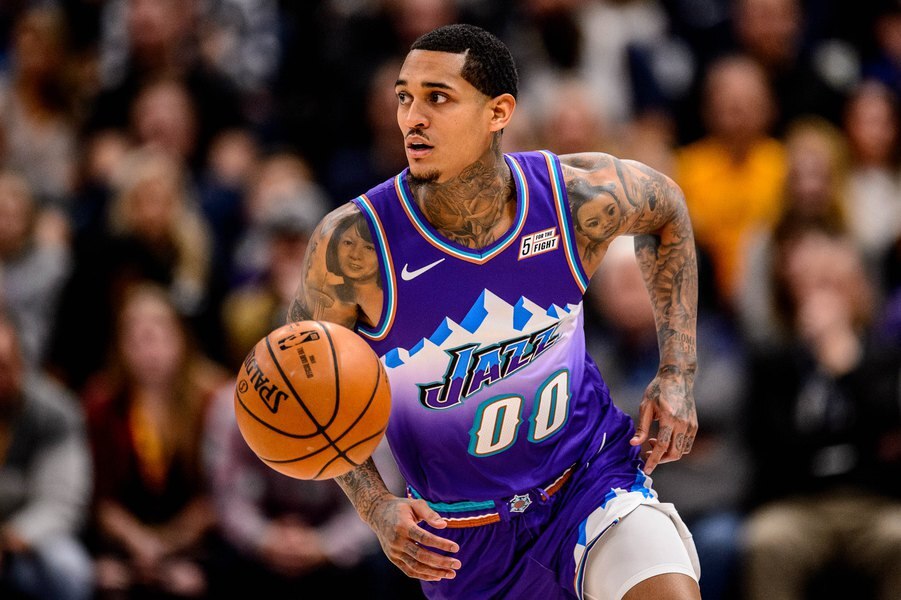 Photo by Trent Nelson of The Salt Lake Tribune

On Friday in Utah the Jazz became the hottest team in the NBA. With a 109-92 win against the Charlotte Hornets, Utah has won 12 of their last 13 games. The Jazz have looked like a different team during this time with their bench breaking out with added support.

After a slow start to the season, the Jazz made moves to acquire Jordan Clarkson from the Cavaliers on December 23rd. That same day Utah waived veteran forward Jeff Green to make space for G-league guard Rayjon Tucker, and to create more minutes for Georges Niang off the bench.

Since the move for Clarkson, the Jazz have gone undefeated, winning eight straight games and improving to fourth in the West, a half-game back from the two spot. Clarkson has been impressive in his time with the Jazz and the support he’s provided off the bench, averaging over 14 points a game.

Clarkson isn’t the only player impressing during this stretch; the team as a whole has an offensive rating over 120, which is the second-best in the NBA in that time. Since moving to the starting lineup as Mike Conley recovers from a hamstring injury, Joe Ingles has been on a tear averaging 15.7 points on 52% shooting in the last 14 games.

Clarkson’s addition has sparked quite a fire amongst Utah’s second unit. Before making the changes to their bench the Jazz bench was averaging 26.6 points per game, since then they have been averaging over 38 points a game.

Trading for Clarkson and waiving Jeff Green came as a surprise to Jazz fans at the time but is proving to be a wise move from the Jazz front office. The team that was struggling creating offense without stars Donovan Mitchell and Bojan Bogdanovic on the floor has a bench that is now flourishing.

Georges Niang is benefiting from the increase in minutes shooting over 58 percent from three and averaging near 12 points a game in the new year. Likewise, guard Emmanuel Mudiay is gaining confidence in his role with the second unit with increased scoring and assist numbers, including a game-high 20-point performance against the New York Knicks.

It’s likely the Jazz are not done making moves this season, but these recent moves show that they have a plan in place and it is exciting to get see what’s next for this Utah Jazz team as they fight for a top spot in the Western Conference.