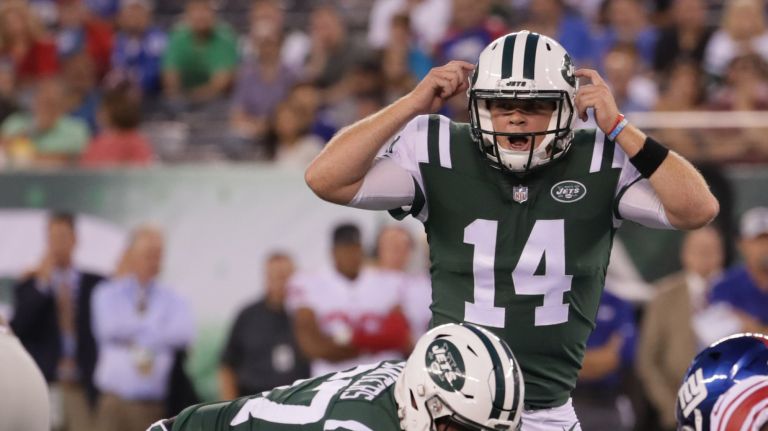 Todd Bowles clearly has a vision for this New York Jets team, and he let the media know about it when he was asked Tuesday saying “Again, our goal is take one game at a time and get to the playoffs and win the Super Bowl, and that’s our expectation. That’s what it was last year. Going into Week One is no different for us.”

With Bowles stating that as a goal for last year, the next question obviously was about if he sees this years team closer to accomplishing that goal than those of years past. “We haven’t played a game. You’ll have to ask me at the end of the season. We’re still gelling, like I said. We put our head down and work. I’m not here to make predictions, I’m here to win football games and play football games and you can only do that by playing.” Bowles said “The chemistry is still coming together and the key in the first four or five weeks of the season is to win while you’re trying to gel. I like what we have and I like where we are going.”

One of the biggest question marks going into the season and if the Jets can be successful is the Offensive Line. The team got good news with the return of Kelvin Beachum which makes up the rest of their starters.

After a late return from all the starters Coach Bowles addressed any concerns of their ability on if they have had the time to gel together by saying “They do, because they practice all spring and most of the summer together. Just because they miss a week or two doesn’t make them not gel, but they’ve been practicing with each other for a long time.”

As a Coach does Bowles feel like he lost anything not being able to see all of his starters play together in the preseason? “I don’t know if you lose anything. You get guys that have a chance to play and prove themselves, but injuries are going to happen through the course of the year, so you may be without some guys like we were last year. You just find out more about the backup guys and when your starters come back make sure they’re in shape and make sure they’re ready to go.”

A key to the teams success is in the relationship between center Spencer Jones and its rookie Quarterback. “They get to see how each other thinks and they understand what each other is doing in certain situations. The chemistry has got to be there, and I think they’ve been doing a good job.”

Week 1 vs. The Lions

The Lions have a new Head Coach with Matt Patricia coming over from the New England Patriots, with a new staff do the Jets expect any big changes offensively and defensively? “Well it’s the first game, you have to expect the unexpected. Obviously, they are going to change some things up—they self-scout themselves. We have to change some things up too. We’ll go in and try to read our keys and play a good football game.” Bowles said “Matt is a very smart guy. I’m sure he is going to tweak some things and change some things up.”

The Head Coach noted that Week One is always unpredictable with an absence of film, you have to anticipate possibility coming in. He also showed full confidence in his Quarterback making his debut in a dome saying “He’s been in crowds. He’s seen crowds and he’s been playing football. I don’t think it’s that big of a deal.”

As Coach Bowles said throughout his press conference the team is yet to play a game, and we will be able to tell more as the season starts. Game by game is the teams approach this season with confidence as they work towards Coach Bowles’ expectation of the playoffs and super bowls as announced Tuesday.