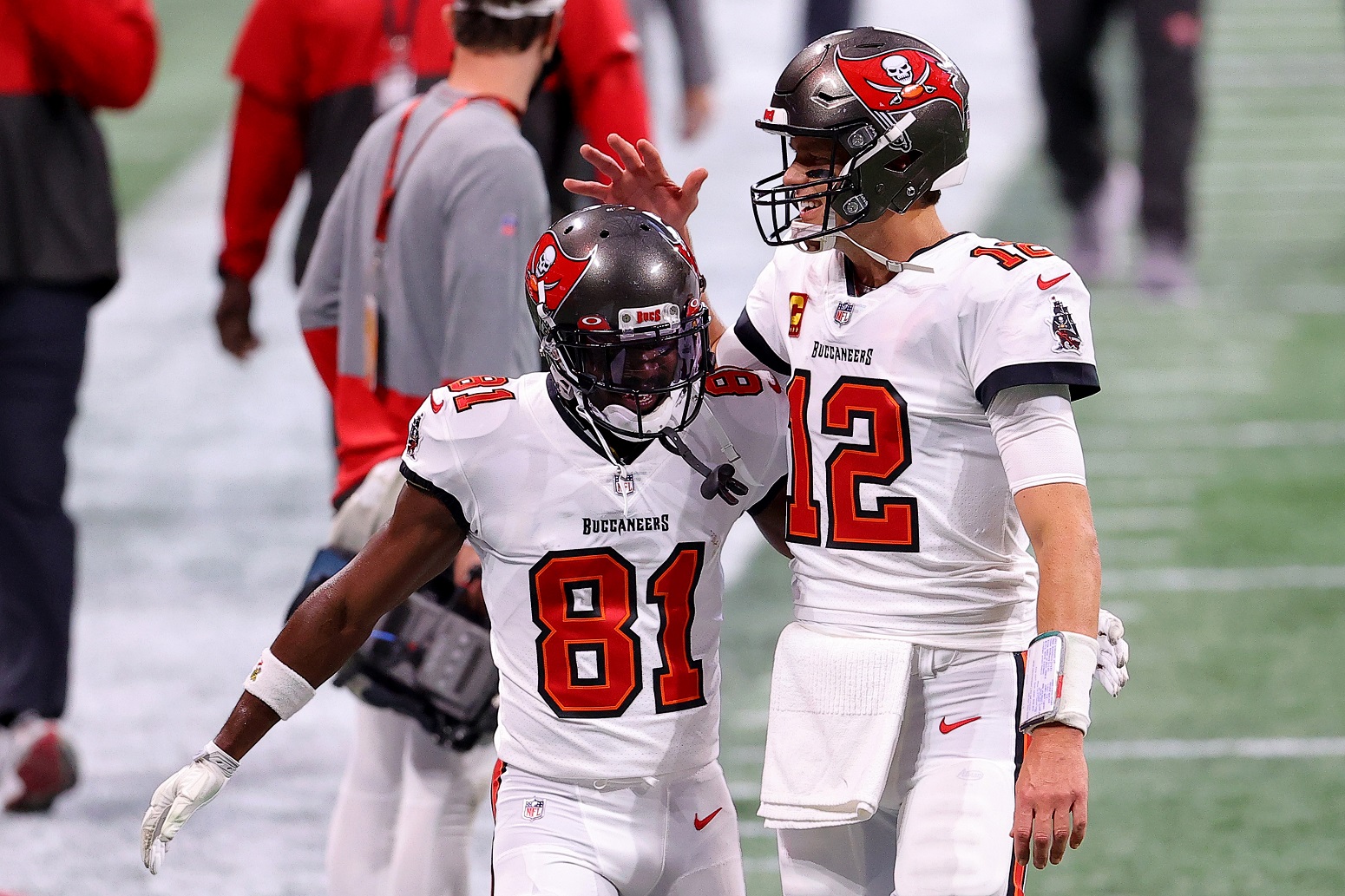 As a player in the NFL, nothing is better than making it to the Super Bowl, except maybe proving the haters and the people who doubt wrong, and that’s exactly what Tampa Bay Buccaneers wide receiver Antonio Brown and quarterback Tom Brady did this year.

Going into the season on a new team, in a new system, in the opposite conference and without coach Bill Belichick, there was a lot of doubt swirling around Brady and if he would be able to succeed. However, after leading the Buccaneers to an 11-5 record and a playoff run to the Super Bowl, the sound of people doubting Brady and this high-powered Buccaneer offense quickly became silent. Even through all that though, he’s remained humble as always.

“You know, obviously anytime you change teams, you don’t know how it’s going to go. I think there has been incredible support that I’ve had from the team I used to play for and all the New England fans.” said Brady when asked about the support he’s continued to receive from New England Patriots fans. “I obviously have a great affection for New England, I said the other day my kids were born in Boston, and I have a lot of love for Boston. It was an amazing two decades of my life.”

A season shrouded in doubt is something that Brown has in common with Brady. Throughout the last year and a half, Brown has faced a lot of adversity. From his drama with the Pittsburgh Steelers quarterback Ben Roethlisberger, Las Vegas Raiders head coach Jon Gruden and then the sexual assault allegations he faced during his brief stint with the Patriots.

Brown entered the season with an eight game suspension, where he served the time as a free agent. Without any indication of where he was going to end up, Brady strongly advocated for the Buccaneers to bring him in. Brady and Brown have been close friends for years, preceding their time spent together in New England. People have been doubting Brown since he got signed with the Buccaneers, where he started off as a return specialist, but worked his way to a starting wide receiver in no time.

“A lot of his help is kind of me in the game, helping me get to the point where I’m at now.” said Brown when asked about the kind of impact his relationship with Brady has had on him. “Helping me grow as a person physically, mentally, emotionally. Kind of putting things into perspective.”

In just eight games during the regular season with the Buccaneers and Brady, Brown had four touchdowns, with 45 catches totaling 483 yards, which averages to 10.7 yards per reception.

While the Super Bowl matchup is going to be one for the ages, and most likely a historic one, Brown and Brady will continue to cement their legacies in the history books of the NFL by leading this Buccaneers to their second ever Super Bowl win.

Tom Brady for the Win (Again)
The Evolution of the Quarterback: The 70’s