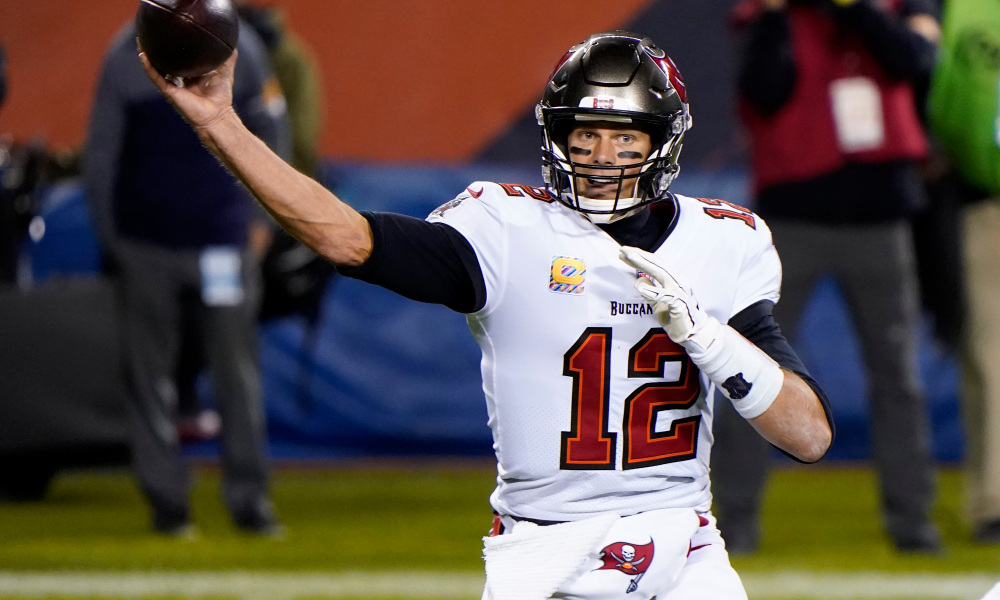 Did Tom Brady, universally recognized as the best player to ever toss the pigskin, actually forget which down it was in the closing moments of last Thursday night’s game against the Chicago Bears? The QB of the Tampa Bay Buccaneers and living legend of the sport of football couldn’t have committed such a huge mental error.

There’s no way he could have, right? A high school QB playing in his first ever varsity game might. Maybe even a college QB pressed into service as a true freshman that’s a bit overwhelmed in a late game situation might as well. Tom Brady though? The six-time Super Bowl Champion that’s generally regarded as the best QB to ever play the game?

Yes, that Tom Brady, and despite what he and head coach Bruce Arians had to say, he did forget that it was actually fourth down. The mistake essentially sealed Tampa’s fate against the Bears in the process.

Brady was shown on camera for millions to see holding up four fingers and basically asking if it was now fourth down after the incomplete pass. He did it a couple of times before realizing it was not and jogged to the sidelines with his teammates.

Once on the bench, the incredulous look he sported was an obvious, tell-tale sign that he could not believe what he had just done.

Ok, so you messed up Tom, you’re human right? Every person on the planet messes things up to some degree on a daily basis. Some can admit the wrongdoing and just move on. Others can’t and won’t admit to anything and that seems to be the camp Brady belongs to.

The stage was set for Brady to pull off his 47th regular-season game-winning drive in the fourth quarter or overtime. At mid-field on their own 41 yard line, the Bucs drive had stalled a bit but it was just fourth-and-sixth, hardly insurmountable to gain a first down to keep things going. With 38 seconds to go, Brady decided to look past the underneath stuff and go for it downfield to ex-Harvard tight end Cameron Brate.

The pass to Brate was broken up. No big deal, the clock stopped and the Bucs would get another chance at the first down, right? Wrong. Had Brady actually known it was fourth, and not third down, he never would’ve taken that kind of chance that late in the game. Brady’s choice to take a shot downfield and not just take what the defense gave him to get the first down is hard proof he thought he had another shot at it. Brady has made his HOF career off of continuously taking what the defense gives him over and over again, almost at nauseam.

Tom has never been the type of riverboat gambler QB to shun what he sees from the defense and try to go for something huge in spite of the coverage. You take away underneath, he kills you downfield. You take away the deep ball, he dices you with short quick throws.

When asked about that last throw, he mentioned “being up against the clock,” and then spoke about how he probably should’ve just focused on moving the ball the 6 yards needed for a first down instead of going downfield to Brate. When asked about the possibility that he actually forgot which down it was, Brady wouldn’t take the bait.

Brady maintained that he knew exactly what he was doing at the critical point in the game:

“I knew we needed a chunk and I was thinking about more yardage and then, you know, it was just, it was bad execution. We had a great opportunity there. So I just didn’t execute when we needed to,” Brady said “We just… you’re up against the clock and I knew we had to gain a chunk so I should have been thinking more first down instead of a chunk on that down.”

Brady’s demeanor during the post-game presser was quite telling, as well. His reaction to the line of questioning was fairly reminiscent of another “gate” controversy he was linked to, and ultimately suspended for, back in 2016, the dreaded “deflategate.”

That story was covered and rehashed over and over so no need to delve into it too much, but his reactions then were the same as they were Thursday evening.

When Brady was asked back then about the deflated balls he responded fairly dismissively with:

Fast forward back to 2020. Arians would double-down on Brady “knowing” it was fourth down to back up the QB:

“Yeah, he knew. He knew,” Arians said, when asked if he thought Brady knew that they were on their fourth down already.

After the week one fiasco when Arians was openly critical of the star quarterback, its no wonder he was not willing to go through that again. The two are trying to build a coach-QB relationship and that’s hard to do when the coach is constantly calling out the most important player on the team.

Over the last 20 years, Brady has been one of the NFL’s most polarizing players in the league. Ask an average football fan what their opinion of Tom is, you’ll likely get unabashed praise or brazen disgust aimed at the HOF’er, no middle ground whatsoever.

Part of the hater-aid directed at Brady is that many sports fans like to see some vulnerability in today’s athletes. A bit of “every man” in them to show they are more identifiable than the untouchable heroes of the past. Brady has always kept his true thoughts close to the chest.

This hasn’t exactly endeared him to those that feel he thinks he’s above most people. This is, of course, a false narrative. Brady has had to scrape and claw for everything he’s achieved with a chip on his shoulder bigger than his home state of California. Hardly the traits of someone who thinks he’s “above” everyone.

Admitting your wrong, is another trait most folks appreciate in people in general, but especially in public figures. Yes, when someone gets too big, we like to tear them down, but if someone admits a mistake, we often like to forgive just as quickly.

Brady maintained he did in fact know the correct down, flying in the face of overwhelming evidence proving the contrary. Deflecting this obvious mistake only fuels those that seek to tear down Brady, and makes it more difficult for those that usually defend him.

D’Antoni To Coach in Brooklyn?
Le’Veon Bell Released by the New York Jets