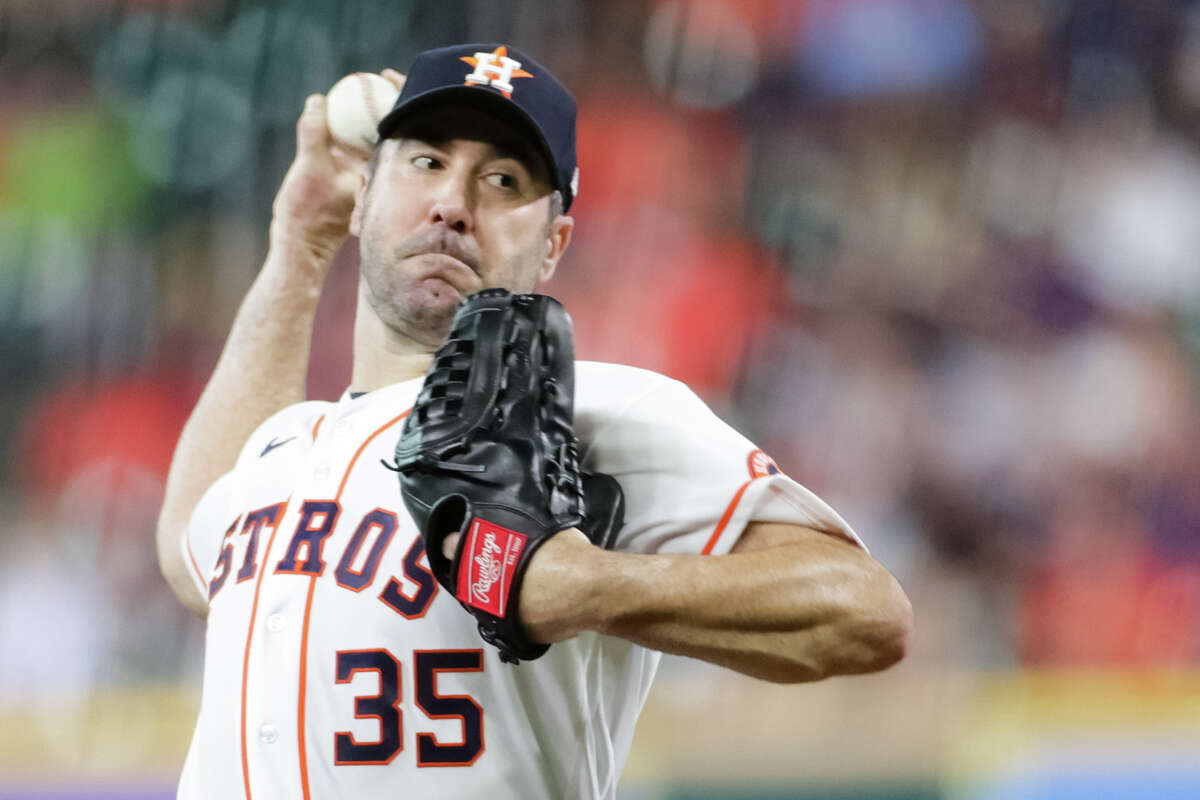 At the start of the shortened 2020 season, many eyes were on the condition of the Houston Astros. The recent sign-stealing controversy has earned them harsh condemnation from rival clubs, supporters, and the media. On the bright side, most of their elite 2019 team was still intact. One example is ace veteran Justin Verlander. He just won the 2019 AL Cy Young award, arguably pitching the best season of his career. Could he replicate this dominance and silence the trash can haters?

Unfortunately, he suffered a forearm injury after making just one start in 2020. This injury would later reveal that he would need Tommy John surgery to repair his forearm. For pitchers, this is among the worst possible ailments. Pitchers are usually not the same following surgery. Their work ethic changes, as they need to reinvent themselves. Nevertheless, Verlander missed the entire 2020 and 2021 season.

At the start of the 2022 season, many questions came up on Verlander if his sheer dominance would return post Tommy John. If you told me at the beginning of the season that 39-year old Justin Verlander would be a top three Cy Young candidate this season, I would laugh in your face. Even while Astros faithful didn’t expect him to be horrible, they were curious to see how he would respond. It’s virtually impossible to come out of Tommy John and become an even better pitcher.

It’s now five months into the regular season, and Verlander hasn’t missed a step. He has been as good as any pitcher in the league. Nobody expected the 39-year old to be this elite at this point in his career. At this point right now, Verlander leads the American League in wins (16), ERA (1.84), and WHIP (0.86). He isn’t just a Cy Young candidate. He is the frontrunner.

Justin Verlander’s competition for the award is Chicago White Sox Dylan Cease, Tampa Bay Rays’ Shane McClanahan, and his very own teammate, Framber Valdez. All of his opponents are under the age of 28, which speaks volumes about his ambition to remain in the MLB and capably pitch at a very high level.

Verlander’s Impact on the Team

While his Cy Young ranking may change due to his recent calf injury, this is still leaps and bounds more than what Astros fans could ask for. Houston is currently 84-47, sitting atop the best record in the American League, and eyeing another World Series ring. Whenever Houston was in a losing streak, Verlander was there to pick up the slack. His 4.7 pitching WAR is 2nd best the in MLB. The club has a record of 18-6 when Verlander takes the mound this season.

One thing that is significantly down from previous ace-type seasons is his strikeout percentage. Back in 2019, he struck out 300 batters in 223 innings, sporting a 12.1 K/9. This season, he’s started 24 games and has pitched 152 innings, striking out only 154 batters. His 9.1 K/9 is the lowest it’s been since 2011 when he was playing for Detroit. The future Hall Of Famer is fully aware of this, yet it doesn’t phase him in the least. He is reinventing himself by making timely pitches, striking out guys when he needs to, and is capable of increasing the velocity on his fastball late in games.

The Houston Astros would not be where they are today without Justin Verlander. His 2022 resurgence on the field and veteran leadership in the clubhouse is significant to the team. At the ripe age of 39, he doesn’t seem to be retiring anytime soon.