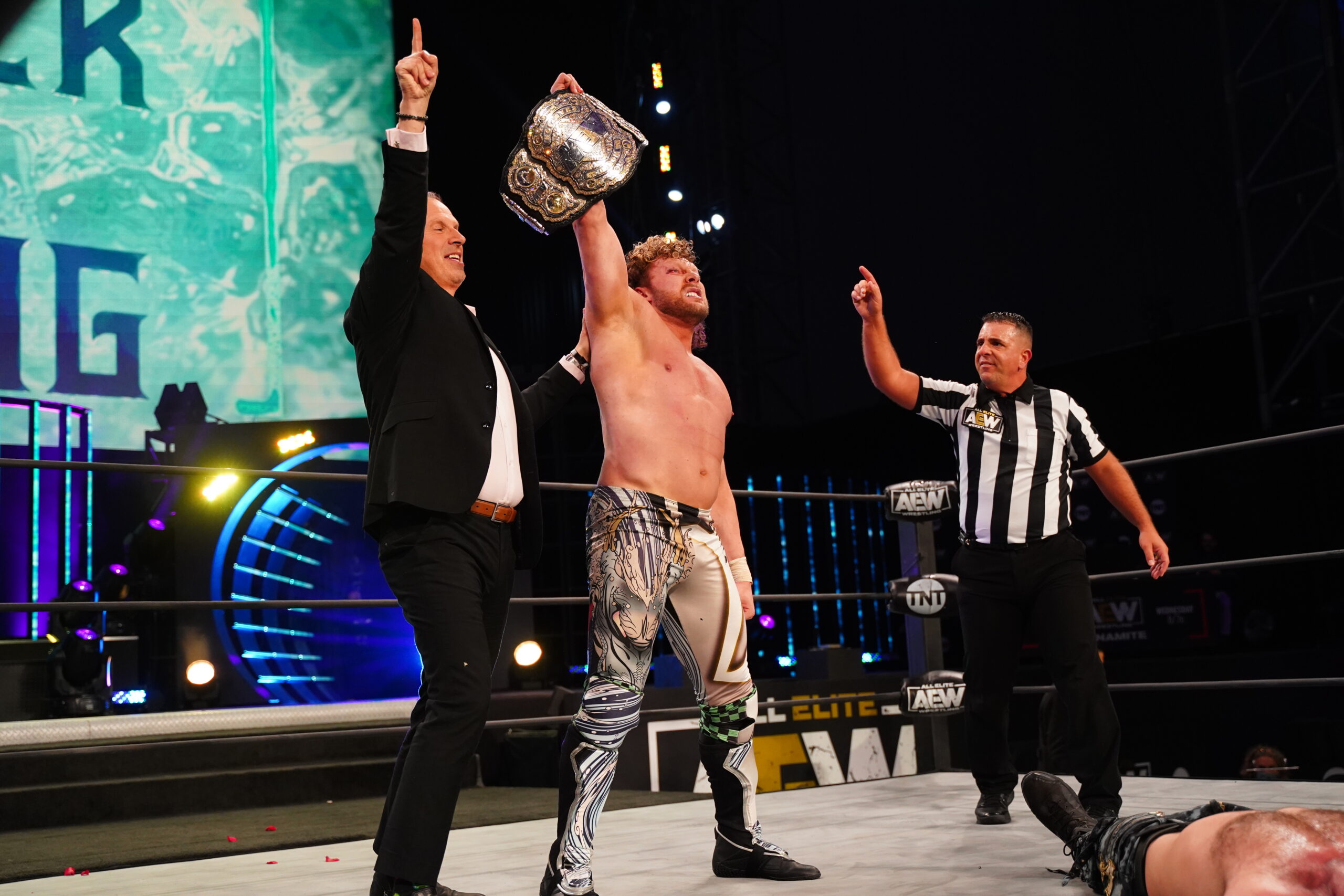 With the tagline of “Winter is Coming”, last night’s episode of AEW Dynamite was sure to be as groundbreaking to the world of wrestling as Game of Thrones was to television, and it surely lived up. With a pay-per-view quality main event between two of the best wrestlers today, all eyes were on AEW to deliver another fantastic episode of Dynamite heading into the holiday season.

#3 A Diamond in the Rough

Battle royales are tough to pull off. They can be overbooked at points and feature a lot of wrestlers just standing around waiting for their next spot. But when AEW announced the Dynamite Diamond Battle Royale for last night’s episode, the amount of star talent involved was sure to keep this one entertaining. Featuring the likes of MJF, “Hangman” Adam Page and Miro, the 20 superstars in the ring gave a great effort to open the show before Orange Cassidy eliminated Wardlow to win the match. With his win, Cassidy will challenge MJF next week with the Dynamite Diamond on the line. This was nothing spectacular, but it was a solid opener featuring a lot of guys who deserve to be on TV on a weekly basis. A nice start to Dynamite.

#2 A Blast From The Past

The lights went out. The crowd went silent. The action in the ring came to a halt. In one of the most shocking moments of the year, Sting made his AEW debut last night, scaring away Team Taz before they could do more damage to Cody Rhodes and Darby Allin. This is one of those all-time moments, the ones where you remember where you were when it happened. The last time Sting was on TNT, he was fighting Ric Flair on the final episode of WCW Monday Nitro back in 2001. Fast-forward 19 years later and Sting has a whole line of stars that he can mix it up with from the AEW roster. I’m not sure where they go from here with Sting, but I can’t say enough how cool this moment was for wrestling fans. Talk about a tide-changing moment. Your move WWE.

#1 The Future of AEW

You know it was a great night when the debut of one of the greatest stars ever in the wrestling business comes in at #2 on my list. The AEW World Championship match between Jon Moxley and Kenny Omega has been building for months, paying off last night in a fantastic main event. This was everything I could have hoped for and more, allowing both men to shine for the last half-hour of the broadcast. Omega got the win to become new AEW Champion, thanks to some help from IMPACT Wrestling Vice President Don Callis, who was on commentary during the match. And then it happened. Callis and Omega ran out of the arena with Callis stating that their actions would be explained next Tuesday night on IMPACT Wrestling on AXS TV. WHAT?!! This just made IMPACT Wrestling’s episode next week one of the most must-see in recent memory. The balance of power in wrestling is starting to shift and AEW, Kenny Omega and IMPACT Wrestling just made this war a whole lot more interesting. I can’t begin to tell you how excited I am to see where this goes next.

And that wraps up my Top 3 for this week’s amazing episode of Dynamite. Be sure to check back next week for a new edition of Tommy’s Top 3 featuring IMPACT Wrestling.