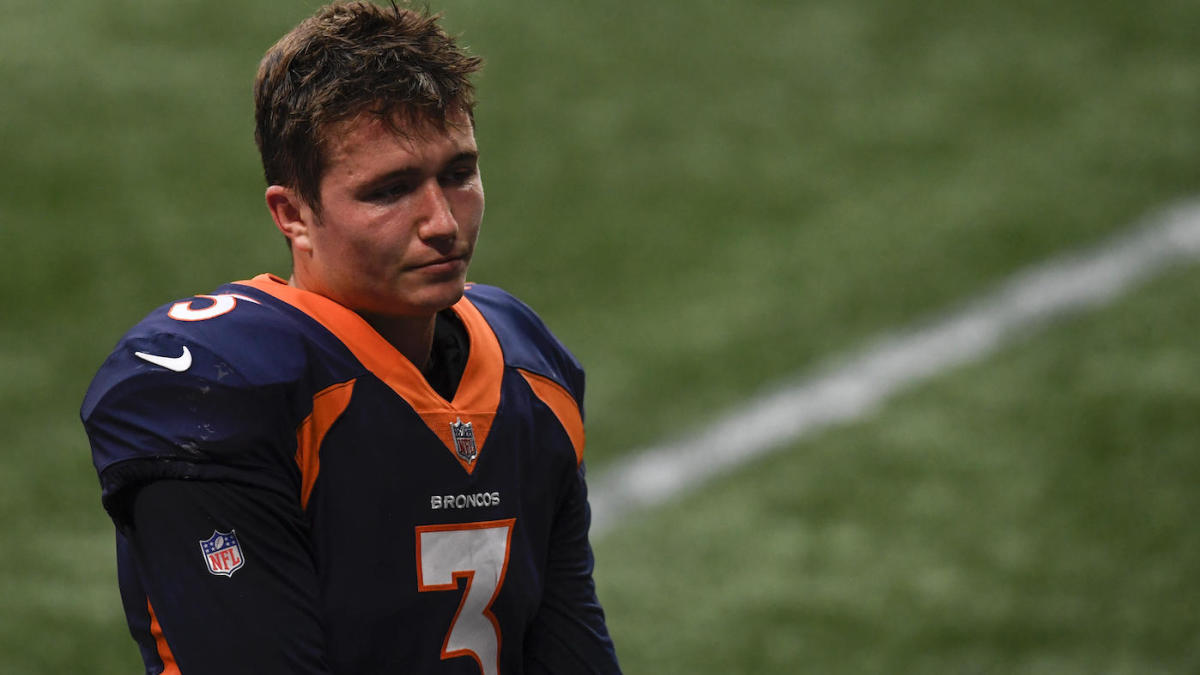 After another disappointing season in which the Denver Broncos finished 5-11 and missed the playoffs for the fifth consecutive season, President John Elway made a splash by bringing in George Paton to serve as the team’s general manager. The former Minnesota Vikings Assistant GM, Paton brings his experience and outstanding draft history to Dove Valley in an attempt to continue the development of the Broncos’ young roster. In this edition of Tommy’s Top Three, we countdown the biggest moves Paton should make this offseason to help push the Broncos back into playoff contention in 2021.

Coming off a 2019 campaign in which he led the Broncos to four wins in his first five starts, Quarterback Drew Lock entered 2020 with high expectations. Lock would go on to start 13 games this season, finishing with a 16:15 touchdown/interception ratio. Not the best for someone drafted to be the future of the organization, but something that the Broncos can continue to build on in 2021. The team will welcome back star wide receiver Courtland Sutton in 2021 after he missed the season with a torn ACL, and with the continued development of second-year receivers Jerry Jeudy and K.J. Hamler, Lock will have no excuses to not turn his career around. However, I still the Broncos should bring in some veteran competition at the position to light a fire under Lock. There are a lot of solid free agent quarterbacks that the Broncos can look into signing like Andy Dalton and Ryan Fitzpatrick that can come in at any time if Lock struggles, and the Broncos should look to add one sooner than later.

#2 Draft Caleb Farley or Patrick Surtain II at No.9

One of the few surprises for the Broncos this year was the play of cornerback Bryce Callahan. After missing all of last season due to injury, Callahan stepped in this year as the CB1 and played at an All-Pro level. Despite Callahan’s excellent play, the rest of the Broncos cornerback room struggled mightily. Free-agent signing A.J. Bouye struggled with staying on the field while rookie Michael Ojemudia lacked consistent play. The Broncos have a prime opportunity to draft a high-level corner at the No.9 spot, and I don’t think they should pass it up. Both Farley and Surtain can dominate in press-man situations, fitting right into Head Coach Vic Fangio’s defensive scheme, while also allowing Callahan to slide back into his better-suited slot role. This is a no-brainer decision for Paton and one that can make the Broncos secondary just as dominant as the No Fly Zone from their Super Bowl winning season, something they will definitely need if they want to contend in the AFC West.

I highly doubt most Broncos fans would disagree with my No.1 choice. Justin Simmons has played out of his mind during his career in Denver, quickly rising up the ranks of top safeties in the league, while also playing the “Iron Man” role for the Broncos defense. The fifth-year safety recorded a career-high five interceptions in 2020 and could be seen constantly flying around the field. I strongly believe Simmons will be the best safety in the league by the time his next contract is up, and I’ll continue to think that until I see differently. There is no way Paton can let this man walk out of Denver. He is just too important to that defense, and he’s somebody the Broncos can build around for years to come. Speaking of importance to the defense, defensive tackle Shelby Harris has seemed to make a game-defining play in every game he’s suited up. Harris is constantly tipping passes at the line of scrimmage or plugging up the run, and I think Paton can keep him on a cheap deal to continue his chemistry with Bradley Chubb and Von Miller. The Broncos hired Vic Fangio for his defensive mind, and I believe he is starting to build a defense that can rival that of the 2015 Broncos and both Simmons and Harris will be key parts of that going forward.

As a lifelong fan of the Broncos, I can’t think of a better move to start the offseason than the hire of George Paton. I expect 2021 to be a very exciting year for Broncos fans, and if Paton can make all of these moves during the offseason, Denver has a really good chance of going worst to first in the AFC West. Be sure to check back next week for a new edition of Tommy’s Top Three covering my favorite underdog prospects in this year’s draft!