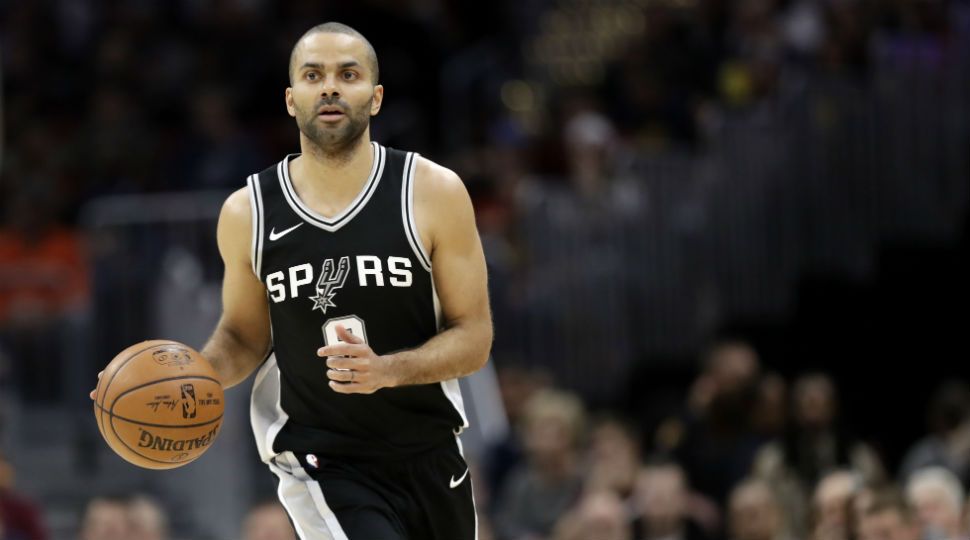 Tony Parker has never been just an NBA player. Take his career in the late 2000’s as an example. While leading the San Antonio Spurs deep into the playoffs, he was also taking a leadership role within the French national team as they struggled towards their first national championship, not to mention dealing with the celebrity of dating Eva Longoria. In a sense, his autobiography, Tony Parker: Beyond All of My Dreams, is defined by these dichotomies. Throughout his childhood, Parker was both an American and a European, the son of two American parents living in France and Belgium. After making it to the NBA, Parker had to straddle the line between playing the game as a traditional American-style point guard and sticking to his guns as the aggressive playmaker that the European game demanded. His various basketball commitments displayed a fair amount of difference as well. Though he won a championship in his second year in San Antonio (and finished his career as a three time champ), it took Parker nearly 20 years to get over the hump of winning his first title with France in the 2013 EuroBasket tournament.

Those dichotomies also apply to Beyond All of My Dreams’ relationship with time. Parker and David Loriot chose to write the book as a continuous monologue, a choice that pays off in spades. It flows effortlessly–if you choose to read the book in one sitting, you’ll emerge from your effort feeling like you just had a long, fruitful conversation with the former Spur. This allows Loriot and Parker to break into asides (often relevant to the present day) whenever it strikes their fancy. Parker will jump from musing about his time playing professionally in Paris to discussing Theo Maledon’s prospects back to detailing his camaraderie with teammates in San Antonio. It’s in these loose sections where the book shines brightest, including a hilarious and unexpected shot at Frank Ntilikina and the New York Knicks.

However, like any good story, for each dichotomy emerges a throughline. From age 13, it is clear that high-pressure situations were a constant in Parker’s life. From having to take care of his two younger brothers to leading a professional basketball club before he could drive, Parker had clearly gone through the wringer at a very young age, preparing him for the bright lights of the NBA playoffs. Moreover, it’s evident that Parker’s basketball life was crafted by a series of disciplined father figures. This chain begins with his father, a professional basketball player in his own right, continues with his coaches at youth academies, and ends with Gregg Popovich, the most infamous disciplinarian in NBA history. The player-coach relationship between Pop and Parker is central to the autobiography, and it’s undeniably touching to watch his coach grow from an unleashed dynamo of anger to a man driven to tears at the prospect of his point guard getting injured.

That’s not to say Parker is afraid to let his fun side peek through. He laughs about the time Thierry Henry had to help him to the toilet, taunts Jamie Foxx for nearly starting a fight during a pickup game, and happily recounts the story of how he almost lost an eye during a fight between Drake and Chris Brown. He also doesn’t hold back on tantalizing readers with several what-ifs from his career. Parker was insulted when the Spurs pursued Jason Kidd, and readily admits that he would have jumped ship if San Antonio inked the Nets’ point guard. Overall, while none of these anecdotes take away from the larger narrative, they do a great job enriching Parker’s history, which was arguably Beyond All of My Dreams’ greatest challenge given that Parker has been in the public eye for nearly two decades. Regardless of how familiar you are with his career, you’ll leave the book with a newfound respect for Parker as a player, businessman, and human being. Given that his plans for the future are vastly expansive, one can only hope we’ll be getting a sequel in the coming years.

Tony Parker: Beyond All of My Dreams is available on Amazon, Google Books, and local bookstores everywhere.