Top 100 Prospects Most Likely to be Traded Before Deadline 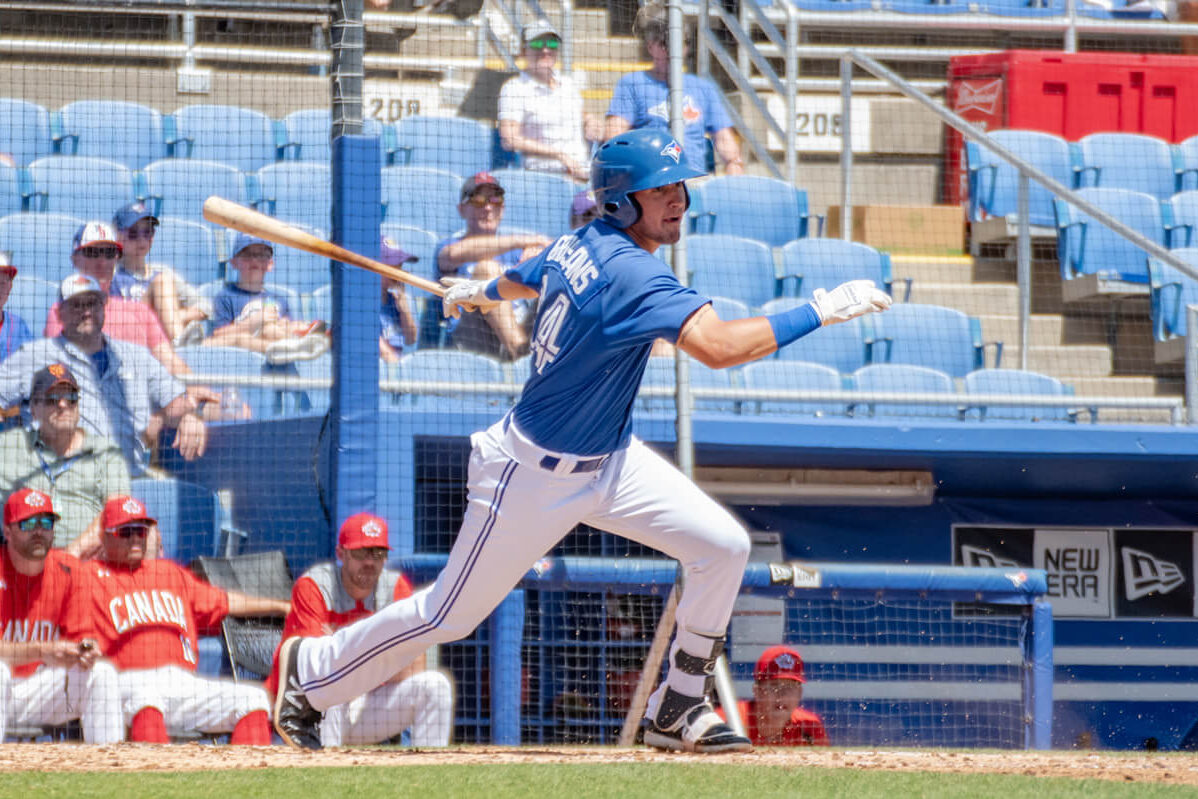 Some of the most valuable prospects in baseball switch hands annually before the trade deadline. Here are four that could be moved.

With the MLB trade deadline less than a week away, buyers are aiming high for contributors to help at the Major League level, while sellers are looking for prospects to boost their farm systems.  Prospects are some of the most important resources to every organization, and having more can only help.  Because they are paid criminally low salaries in the minors and then below-market salaries once they reach the Majors, prospects hold immense surplus value.  As one executive told MLB.com this week, “prospects, nobody wants to trade them”.

And yet, prospects are included in almost every trade, regardless of time of year.  As valuable as prospects are, general managers still know that they’re worth sacrificing to improve the big league club.  Trading away unproven potential for present contributors is a good thing, which is why the deadline is always so busy.  Isn’t the whole point to win?

With plenty of teams in win-now mode, their front offices have to be willing to give up some of the future to make a playoff run.  Just a week ago, the Braves traded their 11th-best prospect for Joc Pederson to stay in the NL East race.  But, only the biggest stars warrant returns for the best of prospects.

Around half of the league is still in the race, but only around half of those teams would be willing to make a big splash.  Making trades is an inexact process impossible to predict, but we can still make an effort.  With that said, here are the Top 100 prospects most likely to be traded before the deadline.  Rankings are according to FanGraphs’ active list and MLB Pipeline’s active list.

A first round pick in 2018, Blue Jay fans have had high hopes for Groshans but may end up seeing him play elsewhere.  Shortstop is one of the few positions where Toronto has a lot of depth, and young star Bo Bichette is holding down the six for the foreseeable future.  Among prospects, teenager Orelvis Martinez is a high risk/high reward player, and Austin Martin will be a total stud at multiple positions.

With the Blue Jays in dire need of pitching help in the bullpen and the back of the rotation, they can supplement their powerful offense in a big way.   The Blue Jays will be back in the Rogers Centre on July 30, and they want to give their fans a reason to cheer. To get an impact arm like Kyle Gibson, GM Ross Atkins will trade from an area of strength.  It is possible some teams would prefer Martinez, but I think sellers closer to contention would rather have Groshans.  He has a strong arm and will grow into more power, making him an ideal fit on the left side of the infield.

The Mets sit in the first place in the NL East, but their many injuries are preventing them from closing the door on their weak division rivals.  They smartly acquired Rich Hill for very little to eat up innings, but their lineup could use a boost.  J.D. Davis is a good hitter, but his awful defense at third warrants an upgrade.  It just so happens that Kris Bryant is having a resurgence, and the Cubs are putting their whole roster up for sale.

With the backing of new owner Steve Cohen, GM Zack Scott can spend as much as he wants, so Bryant is well within reach.  The Mets have a very top-heavy system, so they will have to trade one of their Top 100 prospects to get a star.  Allen was a first-round talent they popped in the third round and gave him a $2.5 million bonus to sign.  He is still far from the Majors, so the Mets can give him up, while the Cubs look to further improve a system suddenly full of high-upside teenagers.  Plus, the Mets just drafted Kumar Rocker, so they already have another future rotation piece.

The Dodgers had so much starting pitching entering this season that they put David Price in the bullpen.  Now, because of injuries and suspension, they need more rotation depth.  In a farm system that constantly churns out productive players, their best fielder is blocked at the Major League level.  Will Smith is their starting catcher for at least four more years, so Ruiz is expendable in a trade.

Ruiz has had seven at bats in the big leagues, so a rebuilding club can give him the starting job in August if they want.  With catchers hitting so poorly around the league, he is more appealing than the typical prospect in the middle of the Top 100.  The pitching market is thin, but the Dodgers can pay up for whoever they want.  Max Scherzer would take a few top prospects, while Jon Gray would be a more affordable option.  To keep pace with the Giants, this is a move they have to make.

Speaking of the NL West race, the Padres are still lurking in third.  They just made a great trade for Adam Frazier, but don’t think they are done just yet.  After giving up a much small package than expected, GM A.J. Preller has room for more moves.  Known for making big splashes, he can get someone else who will require a bigger return.

Hassell makes the most sense of their Top 100 prospects.  Some of the shine has wore off of MacKenzie Gore and Luis Campusano, and C.J. Abrams is out for the year.  Like most Padre draftees, Hassell was taken out of high school and still needs a few years in the minors.  He will not help their current roster, unlike Starling Marte or Jose Berrios.  The Padres do not have a black hole on their roster, but their creative flexibility puts players in all sorts of roles.

Baseball in July: There’s No Crying
The Tampa Bay Rays Made Two Opposing Moves to Begin the Deadline