Top 5 Arizona Cardinals of All Time 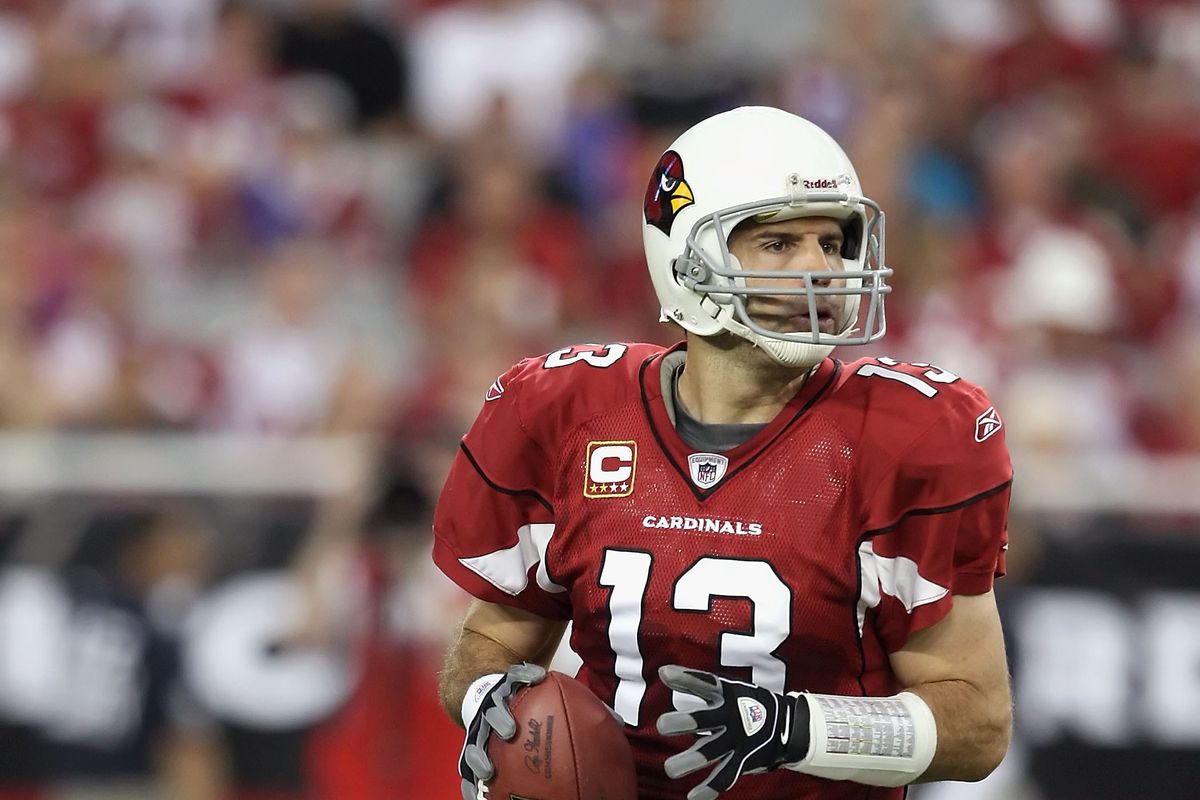 The Arizona Cardinals franchise has been around since 1898 and was one of the NFL’s original franchises all the way back in 1920. The team was known as the Chicago Cardinals starting that year and the name lasted until 1944 when they temporarily merged franchises with Pittsburgh to become Card-Pitt. A year later they returned to the Chicago Cardinals name keeping it until 1959. They then moved to St. Louis before finally stopping in Phoenix in 1988. The team’s success since moving to the Valley of the Sun has not been up to par, as the team has no Super Bowls and only one appearance in the big game since 1920. That being said, since moving to Arizona the franchise has been home to some of the NFL’s all time greats from the likes of Larry Fitzgerald to Anquan Boldin, Patrick Peterson, and so on. Today we are going to rank the top five players in the team’s history. We’ll be looking as far back as their move to Arizona in 1988 to find these players.

5. Chandler Jones
Chandler Jones is still fairly young at 32 and is currently in the league, but he had a stellar career during his time in Arizona. He was with the Cardinals from 2016-2021 and despite that short amount of time compared to some other players, he is the all time career sack leader for the Cardinals. He achieved these numbers in 10 fewer games than the man in second place. Chandler’s monstrous play made many teams fear running the ball in his direction, and forced the ball out of the quarterbacks’ hands quicker. In 2017 he led the league in sacks at 17 and in tackles for loss at 28. Chandler still has a career ahead of him with the Las Vegas Raiders, but his time in Arizona will not be forgotten.

4. Patrick Peterson
One of the most electric Cardinals in history comes in 4th on this list. Peterson was a stellar corner for the Cardinals for nearly a decade(2011-2020). During Peterson’s tenure with the red birds he only had less than 1 interception once while reaching at least three interceptions in four different seasons. While Peterson was a great corner for the Cards, he was an even better return man. His rookie year Peterson returned four punts for touchdowns, which tied him for the most in a single season with the likes of Devin Hester, Jack Christiansen, and Rick Upchurch. Although he struggled to reach these heights as a return man again, this single season makes him one of the best when it comes to returning punts, and one of the best Arizona Cardinals of all time.

3. Kurt Warner
Kurt Warner played for the Cardinals from 2005-2009, having a career resurgence in his last 3 seasons with the team. His first couple seasons were rough, as he went 3-12 as a starter before being replaced by a young Matt Leinart on multiple occasions. But by 2007 Warner had retaken the starting job and ran with it. From 07-09 Warner threw for 83 touchdowns and led the Cardinals to two straight playoff appearances. In 2008 the team made the Super Bowl, led behind some great performances by Warner, specifically his campaign against the Eagles in the NFC championship that season. In the Super Bowl he came a toe tap away from possibly being a 2-time Super Bowl champion. Despite the loss, he’s the only quarterback in the Super Bowl era to lead the team to the title game, giving him the edge over some other franchise favorites.

2. Aeneas Williams
The oldest player on this list is Anneas Williams, who played for the red birds from 1991-2000. Williams was one of the league’s premier defender’s during his time with the team, as he was a 1st team all pro twice and was selected to the Pro Bowl every year from ’94-’99. He helped lead the Cardinals to a playoff victory in 1998 with two interceptions against hall of famer Troy Aikman. He also made the NFL all-decade team of the 90’s. Aeneas was only a part of 1 winning season with the Cards (1998, the Cards finished 9-7) but his play always kept Cardinals highlights playing on Sunday evening Sportscenter.

Honorable Mention: Pat Tillman is one of the most well known and well respected Arizona Cardinals and it’s important to give him a mention here. He was a fantastic player on the field when he played and the sacrifices he made are even more amazing.

1. Larry Fitzgerald
Larry Fitzgerald is who most people have come to recognize with this franchise. Larry played for the birds from 2004-2020 and isn’t just the longest-tenured player in the franchise, he’s also the longest tenured athlete in the state of Arizona. Larry was incredible early on in his career, but his best stretch came when he had 5 straight 1,000+ yard seasons from 2007-2011. Larry also did this despite having many different quarterbacks through his years as a Cardinal. The quarterbacks Larry played with include Kurt Warner, Kevin Kolb, Drew Stanton, Carson Palmer, Josh Rosen, and even the Cardinals current QB, Kyler Murray. Larry wasn’t just amazing on the field though, as Fitzgerald also works hard off the field. In 2012 he earned the Humanitarian Award and in 2016 he won the Walter Payton Man Of The Year honors, the same year he also earned a college degree. As of 2020 Fitzgerald is also a minority owner in the Phoenix Suns. Larry Fitzgerald made a deep impact on the Arizona sports scene and that impact can be seen both on and off the field. He is a true role model to many and is the defintion of a true Arizona Cardinal.