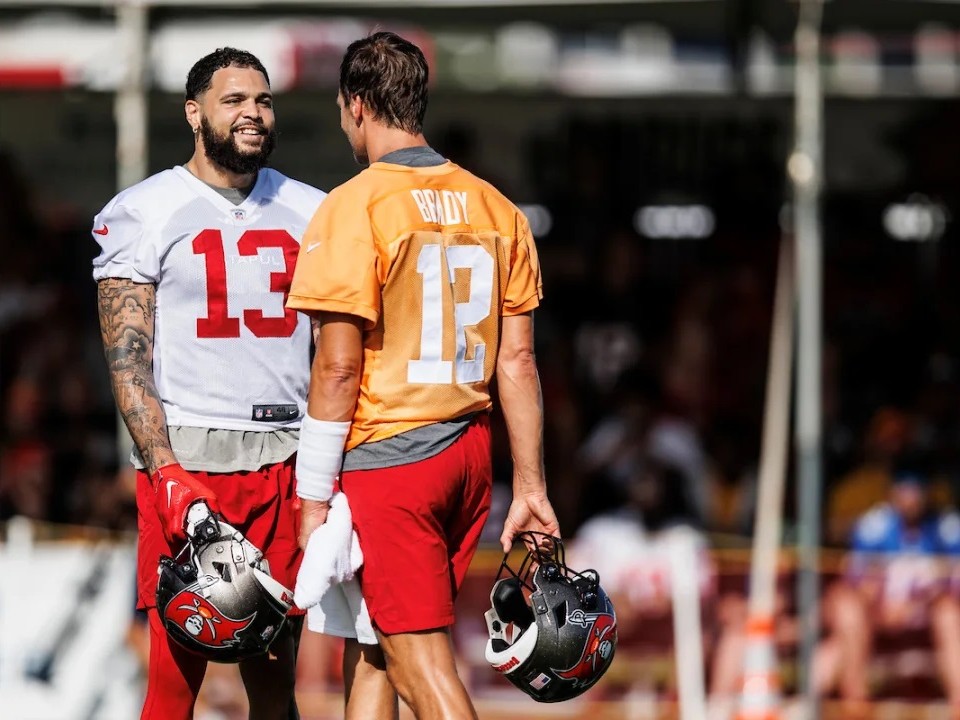 The anticipation rises daily, for the NFL season to begin. We’re slowly but surely getting there as training camp is underway. The Tampa Bay Buccaneers had their first full pads practice on Monday and the depth chart and roster will soon be clear.

As Tampa looks to return to the Super Bowl for the third year in a row, let’s break down the guys that will be most crucial to their success this season.

Third year O-lineman, Tristan Wirfs may not be a skill player, but he will have a huge impact on the upcoming season. Last year, Wirfs was a superstar earning 1st-team All-Pro and a Pro-Bowl selection. However, he’ll no longer have RG Alex Cappa, who signed with the Bengals in the off-season. The two have been the Bucs’ right side protection for the last two seasons. Wirfs will now be playing alongside Shaq Mason, whom the Bucs signed in the off-season. Will Wirfs be up to the challenge?

Former Washington University standout, Vita Vea, took a big step last season. He earned a pro-bowl selection at one of the toughest positions in the game. Tampa’s run defense is heavily reliant on Vea and in 2021 he showed that he was the man for the job. His sacks total has also gone up every year he’s been in the league. With the addition of Bear’s DL Akiem Hicks, opposing offenses won’t be able to scheme against Vea and his productivity will increase even more.

After suffering an ACL in December 2021, Godwin has made remarkable progress and will hopefully only miss a game or two to start the season.  With this in mind we look at what happened last season. It seemed as if Godwin was getting close to becoming the featured WR for the Bucs, which essentially gave QB Tom Brady two elite level receivers. If Godwin can return to his 2021 form, the sky is the limit for this team.

Mr. Reliable, AKA Mike Evans, is back for his ninth NFL season. He’ll be key in this 2022 season as Brady’s go-to WR. Since entering the league in 2014, Evans has had 1,000+ receiving yards in EVERY season he’s played. At age 28 there’s no reason that should change, in fact, last season he recorded his most TD’s in a season with 14. The Pro-Bowl WR will have help as the Bucs signed some big name WR’s in free agency, but his personal effort will have a lot to do with how far this team goes in 2022.

The GOAT, is back from retirement with a vengeance. As I stated in another article, Brady has been to the Super and won it, every other year since 2015. There’s nothing about this team that makes me think anything will be different this season. Brady has stated he can play into his 50’s but will he have the skill to actually do it? Or could this be the year the Tom FINALLY regresses? He lead the league in TD passes last season so I think he’s still got plenty left in the tank to take this team all the way.