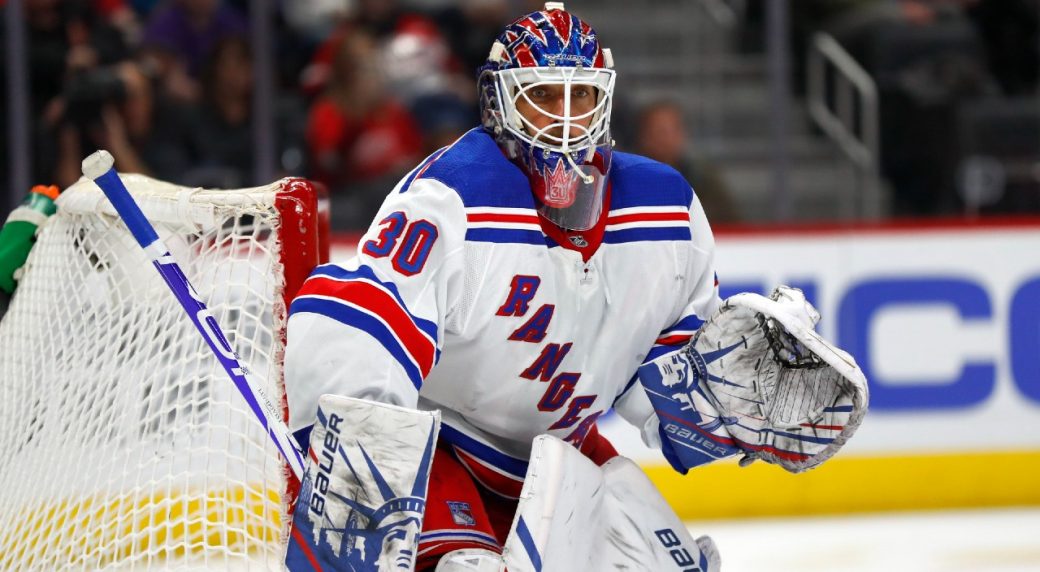 As a young Rangers fan in the modern world, it is important to look back on those that came before you and grew the game to what it is today. These players not only made the team spectacular, but improved the sport of hockey as a whole. Though this ranking is based on my opinion, it is still notable to place respect on the outstanding players of old who inspired the outstanding players of today.

While it might be considered too early to consider King Hank among the Rangers greats, but he was truly a phenomenon. The Swedish goaltending prodigy is the only goalie in NHL history to have 30 plus wins in each of his first seven seasons. In fact, he would have recorded 30 plus wins every year if it weren’t for a shortened season in 2012. Even then, he still managed to win 24 games.

His cat-like reflexes, focus, and ingenuity made him, arguably, the best active goalie in the game. In his nine years with the Rangers, Henrik has broken Mike Richter’s all-time win record by eight games. His GAA is 0.63 better than Richter, and he holds New York’s all-time shutout record with 50 games. He and Richter are tied with nine playoff shutouts, but Lundqvist overtook him in playoff victories last season, bringing his tally up to 43. The most winning goaltender in Rangers history also holds the NHL record for five consecutive Game 7 wins. His extraordinary statistics and consistent and impressive output place him at number 5 on this list albeit if there was room to move him up, he would be higher.

The Stanley Cup-winning Oiler became a Ranger in 1991 and was a driving force behind the Rangers’ 1993-94 Stanley Cup victory, which broke a 54-year drought. It was his first period goal and second period assist to Mark Messier that would help seal a Game 7 victory for New York.

That season he would set a then-Rangers record for single season goals with 52 and make his only All-Star appearance. Graves’ grit and grinding style of play made him a fan favorite and places him at number 4 on this list.

The real list begins with Stanley Cup-winning goalie Mike Richter. One of the best American goaltenders of all time began his tenure as the Rangers’ starting goalie with a fantastic first impression. When ex-Rangers goalie John Vanbiesbrouck was traded to the Canucks before the 1993-4 season, Richter stepped in, and over the course of that first season as a starter, he won 42 games, had a save percentage of .910 and posted a career-low 2.57 goals-against average.

That season he was named MVP of the All-Star Game in addition to setting a Rangers record for wins and shutouts in a playoff season with 16 and four, respectively. And to put the cherry on top, he went on to help the Rangers defeat Vancouver in seven games to win their fourth Stanley Cup. In only his first year as a starter.

When Richter retired in 2003, he held the Rangers’ goalkeeping records for wins (301) and games played (666). His 24 shutouts rank as fifth all-time among Rangers goalies, and in 2004 he became the third player in Rangers history to have his number retired. These achievements place him at number 3 on this list.

Mark Messier, or ‘The Messiah’, as Rangers fans fondly dubbed him, is widely regarded to be one of the best players to ever play the game. He’s second all-time in regular-season points with 1,887. Behind only the Great One, Wayne Gretzky, and Jaromir Jagr, of course.

During his first six years with the Rangers after playing with the Oilers, he proved to be the impactful and clutch player that everyone knew him to be, as well as showing that he could succeed without playing alongside Wayne Gretzky. He scored 198 points in his first two seasons with New York, but it was his third season with the Rangers that would cement his status as a New York Rangers legend.

The Rangers were in the Eastern Conference Final against the New Jersey Devils. They were facing elimination, behind 3-2 going into Game 6. Into the third period, the Devils held a 2-1 lead, and when things began to look bleak for New York, Messier had a magic trick up his sleeve.

A third-period hat trick from Messier gave New York a 4-2 victory and made him an instant hero, but his heroics weren’t over yet. A double-overtime win in Game 7 sent New York to the Stanley Cup Final.

Messier never held any major records for the team but he did put up 80 points in the playoffs, which is pretty good for second all-time in Rangers history. Yet, it was his playoff production that really lifted the team to greatness.

His tenure with the Rangers wasn’t about setting records, it was about grit, determination and leadership. He helped shape the team that would end New York’s 54-year Cup drought, becoming the only player to captain two different teams to Stanley Cup glory. Messier’s legendary No. 11 jersey now hangs in the rafters of Madison Square Garden to be remembered by every Rangers fan old and new.

The number you’ve all been waiting for, number one, Brian Leetch.

Arguably one of the greatest NHL defensemen of all time, Leetch’s first 17 games with the Rangers was a massive indication of how his career would shape up. Fresh out of Boston College and coming off the back of playing for the United States in the 1988 Olympics, Leetch made his NHL debut for the Rangers and marked it with a point. He would go on to tally 14 points over those 17 games. But it wasn’t just beginner’s luck. The very next year he’d play in his first full season and did what no one has managed to do since. He scored 23 goals, an NHL record for rookie defensemen, and recorded 71 points, winning the Calder Trophy and earning NHL All-Rookie Team honors.

Leetch would go on to play 16 full seasons with the Rangers, setting multiple team records in the process. Throughout the 1992-93 season he amassed a whopping 102 points, becoming the fifth defenseman in NHL history to break the 100 mark and earning the first of his two Norris Trophies.

The very next year he brought the Rangers to the Stanley Cup by putting on a miraculous performance in the playoffs. In 23 games he scored 11 goals and assisted on 23, earning a well-deserved Conn Smythe Trophy for playoff MVP and becoming the first American-born player to do so.

Leetch owns the record for the Rangers’ second all-time leading points-scorer, second all-time in games played, ninth in goals scored and first in assists. He also holds Rangers records in playoff points and assists while sitting in third for goals scored.

He was infamously traded to Toronto in 2004 and then played one year for the Bruins before retiring. Only two years later, the six-time Rangers MVP had his number retired and within the next year was inducted into the Hockey Hall of Fame. One of the best defensemen to ever play the game, the Rangers will likely never come across another defender or player as prolific and impactful as Brian Leetch.

Wayne Gretzky tops many NHL lists, but he comes in at an honorable mention on this one due to the short time he spent in New York. When he arrived in the summer of 1996, The Great One created a buzz when he and Mark Messier were finally re-united as Rangers. During his three seasons with the Rangers, Gretzky tallied just 57 goals, but shined in the only post-season he had in New York. In the first round of the 1997 playoffs, Gretzky had 10 goals and 10 assists, including a hat-trick against former Ranger goaltender John Vanbiesbrouck and the Florida Panthers in round-one. Yet, The Rangers would go on to lose to the Philadelphia Flyers in the Eastern Conference Finals.

After the 1997 season, Messier departed for Vancouver, breaking up arguably the greatest duo in NHL history and Gretzky would play two more seasons for the Rangers, both of which missing the playoffs. Gretzky retired after the 1999 season and although Gretzky’s time in New York was short, the Rangers faithful should still recognize and remark his time on Broadway.

These five Rangers along with Wayne Gretzky, not only shaped the Blueshirts and their success, but also the game of hockey as a whole.

Jarred Vanderbilt: A Man Who Honors His Home City
Denny Hamlin is Stripped of Win, NASCAR gives a Heads-Up to the Teams