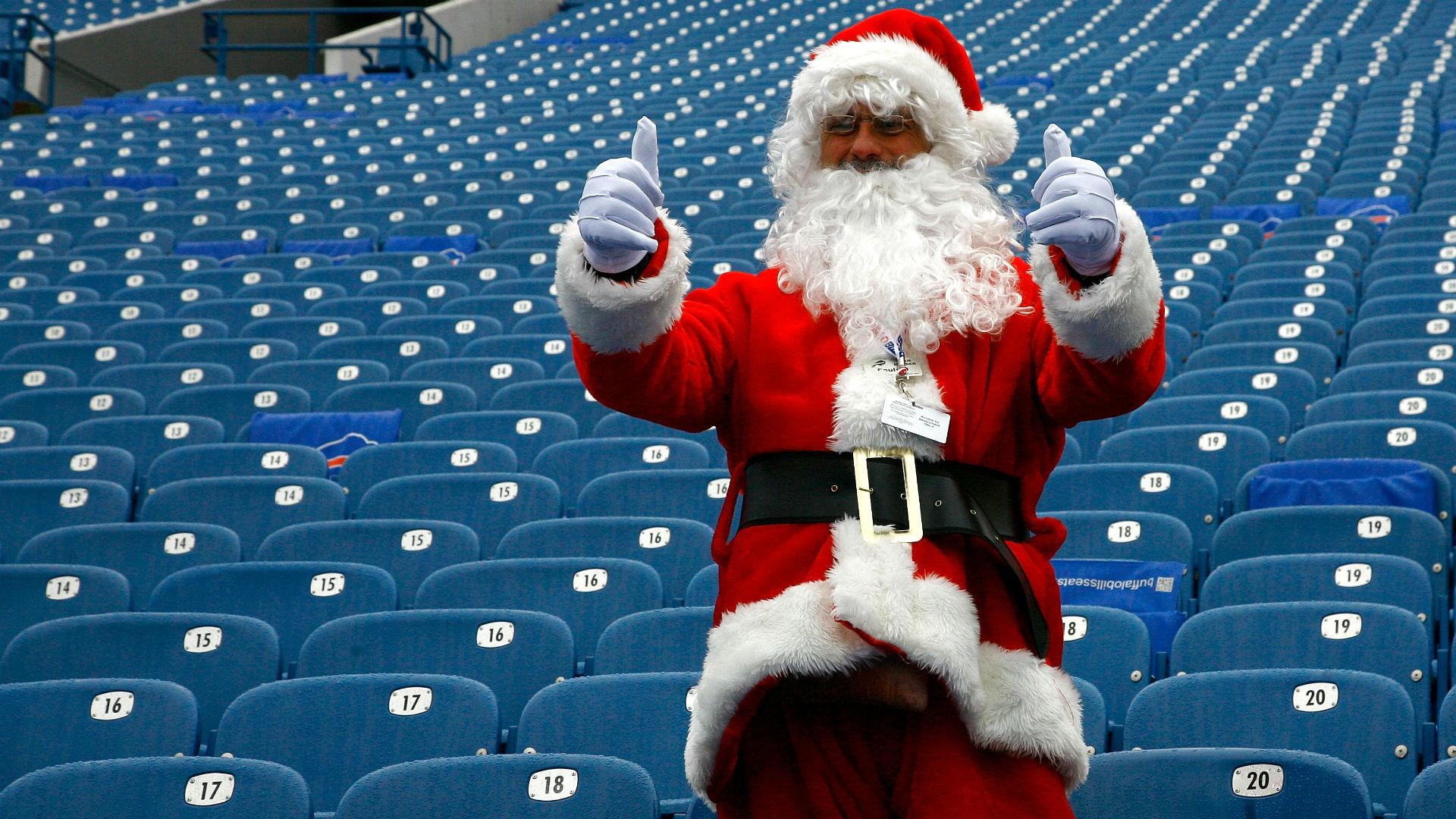 Merry Christmas and Happy Holidays everyone! Similar to my Thanksgiving article, today on this joyous day we will look at the top 5 NFL games on Christmas day. For many years the NFL was set on not playing on Christmas day, with the first Christmas day(regular season) game being back in 1989. Since then the last couple decades have seen numerous games played on Christmas Day, 26 in total and 28 if you count 1971’s playoffs games on the date. That being said, there are plenty of games to pick from today. Will your favorite Christmas Day game make the list? The eventual NFC conference champions faced off against their long-time rival in the Green Bay Packers on this Christmas Day matchup. Bears VS Packers is a big deal no matter the time of year, so putting the marquee matchup on Christmas day was bound to bring some fireworks. The Bears were looking to clinch the NFC North with a victory and they did just that.
Chicago got out to an early 7-0 lead and controlled the game from there. Just like they did all season, the Bears defense carried the team to a 24-17 victory, garnering 4 interceptions in the process. This game truly had it all, with 1 passing touchdown, 2 rushing touchdowns, a return touchdown, and even a pick six. Chicago’s victory granted them the NFC North crown and it marked the first time since 1991 that the Bears have swept the season series with the Packers. This game marked one of two Christmas Day games on this day in 1971. Don Shula led Miami to Kansas City for what was a playoff game. Kansas City certainly was aware of that and jumped out to a 10-0 lead in the first quarter. Like another game on our list, this game was a back and forth showdown and big plays were hard to come by. This was a classic showdown between two teams fighting for their entire season.
The Dolphins would find themselves down by a touchdown in the 4th and managed to tie the game with a 5 yard touchdown pass from Bob Griese to Marv Fleming, sending the game to overtime. From there, the Dolphins managed to score a 37 yard field goal to complete the comeback and advance in the NFL playoffs with a 27-24 victory. This would mark the last time the NFL played on Christmas Day until 1989’s Bengals VS Viking game.

This close back and forth matchup between AFC West division rivals put on a show for the fans on Christmas day 2004. The then Oakland Raiders jumped out to a 7-0 lead early but the Chiefs replied with a touchdown of their own. That was the recipe of this game and by half this game was tied at 21.
The second half saw a lot less scoring with just 3 points scored the entire 3rd quarter. This game would go down to the wire as a pair of field goals gave Oakland a 30-28 lead with a little over a minute left in the fourth. The Chiefs rallied however and a 6 play, 16 yard drive was capped off with a game winning field goal by Lawrence Tynes, who had missed his first 2 attempts that day. The game was a tight battle that any football fan could love, especially on Christmas day. This Christmas Day battle featured two teams with 5-10 records on the season. Jon Kitna and John Skelton lead their respective squads to a showdown of the ages despite the records. The Cardinals jumped out to an early lead going up 21-3 in the second quarter which was due in part to a 74 yard touchdown pass from Skelton to Andre Roberts The Cowboys responded with a well executed drive to make it 21-10 entering the half.
Quarter 3 saw the Cowboys come back strong with a field goal and a 24 yard touchdown run by Marion Barber. The 4th quarter saw hardly any scoring up until the final minutes. Arizona kicked a field goal to put themselves up 24-20 with about 5 minutes remaining. The Cowboys would respond and a 37 yard touchdown pass to Miles Austin gave Dallas the lead. However, kicker David Buehler missed the extra point giving Arizona a chance to win with a field goal. So, the Cardinals mounted a 9 play drive in just 1:36 to kick a 48 yard game winning field goal. Who knew this showdown between two teams out of the playoffs would be so entertaining? Image: Steelers.com
The third and final division rivalry on our list was a high stakes clash between the AFC North’s Pittsburgh Steelers and Baltimore Ravens. Both teams were battling for the division and a loss for Baltimore would effectively eliminate them from playoff contention entirely. Unfortunately for Baltimore they weren’t able to hold off the Steelers late 4th quarter charge.
Baltimore took a 20-10 lead in the 4th before back to back touchdowns to take the lead. The Ravens then mounted a near 6 minute touchdown drive capped off by a 10 yard Kyle Juszczyk run to retake the lead. However, Pittsburgh wasn’t done yet and managed to score their 3rd touchdown of the quarter with just 9 seconds left on the game clock, giving them the division lead. The game was a great divisional battle that ultimately decided the playoff fate of these two teams that year.