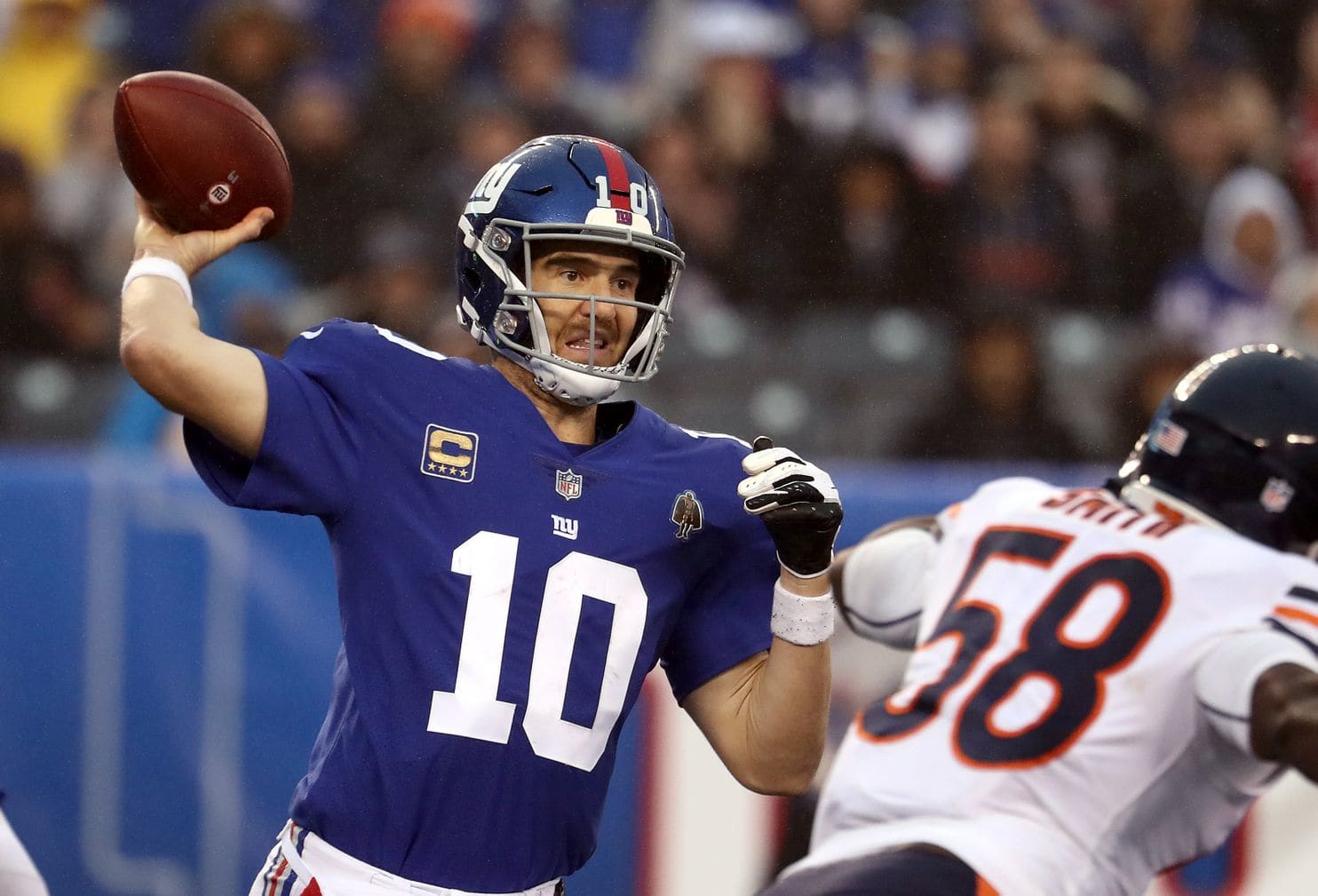 With the New York Giants entering the Daniel Jones era going into week 3 of the season, the question remains, what do the Giants do with Eli Manning?

The answer could be to trade him while his name still holds some value, and with the injuries that have been piling up at quarterback around the league this season, the team could find a trade partner sooner than later. Which teams should look into Manning?

5. Pittsburgh Steelers:
While it is unlikely the Steelers will actually trade for Manning or that the Giants will give him up, they are definitely one of the teams that would benefit from getting him. With Ben Roethlisberger out for the season, the team will be turning to Mason Rudolph to start. With Big Ben’s age being a factor, as well as having elbow surgery, getting Eli Manning to help the team get back on track and work with Rudolph could give the Steelers the boost they need to get back into the playoff race.

4. New Orleans Saints:
Drew Brees is out for six weeks with ligament damage in his thumb, and could potentially be out longer depending on how his healing process goes. With Teddy Bridgewater taking Brees’ place under center, trading for Manning would certainly give the Saints a bit more breathing room adding another option to the quarterback position.

3. Carolina Panthers:
After getting off to an 0-2 start on the season and quarterback Cam Newton potentially being out Sunday with a potential ankle injury, the Panthers only have backups Will Grier and Kyle Allen. Trading for Manning from the Giants would be marginally beneficial to the team in order to give Allen and Grier a veteran to learn under, while giving Newton time to rest and rehabilitate his injury.

2. Jacksonville Jaguars:
After getting former Philadelphia Eagles quarterback Nick Foles during the offseason, Foles’ season came to a quick end after breaking his collarbone week 1, and the team had to look towards rookie Gardner Minshew to lead the team to their first victory of the 2019 season. Manning would be a great asset to the Jaguars to give them any chance at being a playoff contender again this season.

1. New York Jets:
The Jets have had the worst luck out of any team that is currently struggling at quarterback. Not only is their starter, Sam Darnold out for the foreseeable future with mono, backup quarterback Trevor Siemian is also out for the season after requiring surgery in his ankle for ligament damage. This leaves the team with just one quarterback on the roster, third string Luke Falk. Getting Manning would mean that the Jets would have a reliable, veteran quarterback who could also become a great mentor to Darnold once he returns.

Even though there is no guarantee that the Giants will be trading Manning or moving on from him, but it is not out of the realm of possibility that at least one of these teams calls the Giants to inquire.

Ben Rothlisberger Out for the Season
The End of an Era, Start of a New One