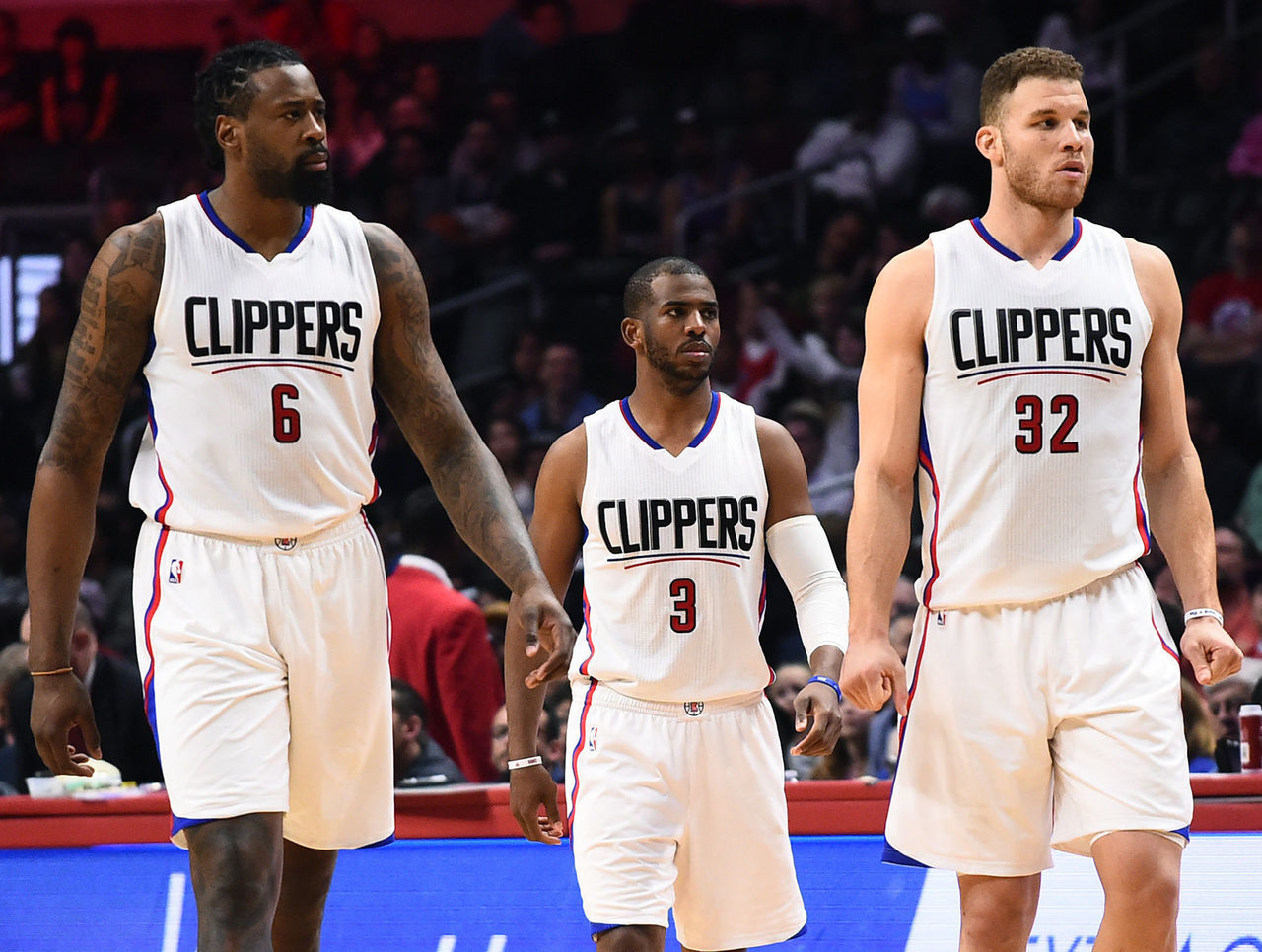 The Los Angeles Clippers  have had a tumultuous history so far. It’s never been easy trying to be a championship team while sharing the Staples Center with none other than the 17-time champion Los Angeles Lakers. However in recent years, the team has bounced back and has become a formidable force as well as a viable contender for the chip since then. Ranked according to their tenure with the franchise, here are your LA Clippers that impacted the team the most.

Although Bob McAdoo didn’t play when the franchise changed its name to the Los Angeles Clippers, he still had a sensational career in the league and is the greatest player in the franchise’s history. As a Buffalo Brave McAdoo won three consecutive scoring titles, from 1973-74 through 1975-76. McAdoo also won the NBA MVP Award, was named Rookie Of The Year, and made First-and Second-Team All-NBA. Bob McAdoo had to be put on our list, there was nothing he couldn’t do. He could run the floor, had a solid jump shot, and played harder than most centers in the league at that time. He recorded the three most impressive seasons in team history, however none better than when he dropped 34.5 points and crashed the boards to get 14.1 rebounds in 1974-75. Even though Bob McAdoo wasn’t officially a Los Angeles Clipper, he was definitely a part of the group that laid the groundwork for the franchise to ascend to bigger and grander heights.

Jamal Crawford was your favorite sixth man’s, favorite sixth man. Better known as Jamal “Crossover,” he spent his five seasons with the Los Angeles Clippers being a critical piece coming off the bench. Averaging around 17 points a game and taking home the NBA Sixth Man of the Year Award a number of times, Crawford was an immensely important role player to the franchise. During his time with the Clippers, he led the league’s reserve players in scoring, helped the team finish with their best record in franchise history at the time (57-25). He’s also the second player in the NBA to score 10,000+ career points off the bench and the first player in the NBA to have a 50-point outing on four different teams.

Elton Brand was traded to the Clippers in 2001 and made a massive impact during his time on the team. In 2002, Brand became the first Los Angeles Clipper since Danny Manning (1994) to become an All-Star and participate in the All-Star games. In ‘06, Brand had a professional basketball revelation. Reaching career highs in both scoring (24.7), and field goal percentage (52.7) while leading the team to a 47-35 record, their then-best record in franchise history, and clinching the sixth seed in the Western Conference. Brand was selected for the 2006 All-Star game and was considered a strong candidate for 2006 NBA MVP. He led the franchise to its first playoff series win since 1976, when the team was the Buffalo Braves. Although they lost in Game 7 of the second round to the Phoenix Suns, it was the best season the franchise had ever seen at the time. Brand received the Joe Dumars Trophy after being named the NBA Sportsmanship Award winner.

DeAndre Jordan or DJ as some teammates called him, was a force to be reckoned with on the defensive end of the floor. Drafted by the Los Angeles Clippers in 2008, Jordan became one of the first players to put the franchise on the map. Spending the first decade of his career with the Clippers, Jordan made an All-Star appearance and was a regular contender for Defensive Player Of The Year. He may not have gotten any individual awards during his stint with the organization, but he led the league in field-goal percentage and twice in rebounding. Jordan also averaged double-doubles in his last season with the Clips. DeAndre Jordan was a significant piece to the Lob City lineup and was sorely missed after leaving the franchise.

Corey Maggette had no issue making an impact on the Clippers franchise when he was acquired in 2000. Known for being an absolute bowling ball racket to the rim, Maggette had little problems drawing contact and getting fouls. He had a talent for getting to the free-throw line, and as a result, established himself as the Clippers’ all-time leader in free-throws. With superior strength and athleticism, he was able to create and withstand contact, thus becoming a solid forward and developed into a 15+ per game scorer. Maggette helped the Clips win their first playoff round win in 13 years against the Denver Nuggets defeating them in Game 1.

Blake Griffin was known for his ability to jump out of the StaplesCenter, even from his early beginning he captured the heart of Clipper nation and brought hope to the franchise. Setting the league ablaze with his Shawn Kemp-like posters upon his arrival to the league, there was a ton of upside to this young prospect, Griffin made an immediate impact to the Los Angeles Clippers team, being the one of the pivotal pieces to the Lob City lineup. During his rookie season Griffin not only won rookie of the year, he also was the first rookie to play in the All-Star team lineup since Yao Ming in 2003 along with winning the Slam Dunk Contest. He also had the longest rookie double-double streak since 1968, along with being the first rookie to have two 40+ games since Allen Iverson in the 1996-97 season. Griffin also finished top five in MVP voting. Outside of his illustrious dunking abilities, he was able to improve his skill set and add more to his repertoire, such as his mid-range and free-throw showed great improvement throughout his career. He also helped lead the team to win their first pacific division title in franchise history in addition to their winning record (40-26) making the playoffs for the first time since 2006 in 2013.

When Kawhi Leonard was acquired by the Los Angeles Clippers, their chances at winning a championship increased exponentially after the Klaw’s championship win with the Toronto Raptors. Since his arrival Leonard has brought not only relevance, but respect, to the Clippers name as a franchise and worthy opponent for the chip. Along with his teammate Paul George, Leonard has brought the team to two NBA playoff appearances since being on the team. During the NBA Bubble experience, Leonard helped get the team past the first round but unfortunately their season was cut short after losing to the Denver Nuggets in Game Six. The very next season Leonard not only was averaging around 25 points a game getting the Clippers to the Western Conference Semifinals but ended his season with an ACL injury. Even though he hasn’t been with the Clippers for long, it’s clear Kawhi Leonard has put a massive battery in the back of the team.

Upon joining the Clippers on July 10, 2019, George was able to make an immediate impact to the team after facing his shoulder injury missing the first eleven games. In his debut he dropped 33 points in a loss to the Minnesota Timberwolves. He and his teammate Kawhi Leonard, became one of the first duos in Clipper history to both score 40 points with George scoring a season high 46 and Leonard scoring 42 against the Minnesota Timberwolves. Although going into the NBA Bubble during the 2019-20 season he faced criticism for his production and overall play, Paul was able to bounce back and redeem himself the very next season. In the 2020-2021 season George had a complete turnaround in the postseason taking the Clippers to the Western Conference Finals for the first time in franchise history after Kawhi Leonard got hurt with an ACL injury.  In Game 5 of the Conference Finals, George dropped a career postseason high 41 points, in addition to 13 rebounds, and six assists. You may be wondering why George is so high on this list, but rest assured it’s well deserved when looking at it from a perspective of how far he led the team after Kawhi’s injury. To take the franchise to their first ever Western Conference Finals is a huge feat that was most definitely a team effort but had Paul George spearheading the efforts.  While Paul George’s time with the organization is still going, it’s evident that the ceiling is very high for his future as well as the franchise.

Chris Paul, better known as CP3, is definitely at the top of this list for a multitude of reasons. Some would even call him Mr. Clipper, the way Chris Paul rejuvenated this Los Angeles team. With the emergence of his teammates, Blake Griffin and DeAndre Jordan, the Clippers quickly became known as Lob City with Paul’s insane basketball IQ and ability to make great alley-oop passes. Early in his debut season, the became known for their fast-paced style and spectacular alley-oop dunks, it wasn’t long before CP3 became a household name for Clipper Nation. Paul led the league in assists and steals during the 2013-14 season leading the team to its second  division title in the process. Behind his play, alongside Blake Griffin, and DeAndre Jordan, the Clippers were able to contend for the playoffs but their season ended with a loss to the San Antonio Spurs in the conference semifinals. Although the Clippers never made it to a Western Conference Finals, during his time with the team, which many criticize him for. Nonetheless Chris Paul was the most consistent and was able to make several All-Star appearances during his time with the Clippers in addition to being an annual MVP candidate.