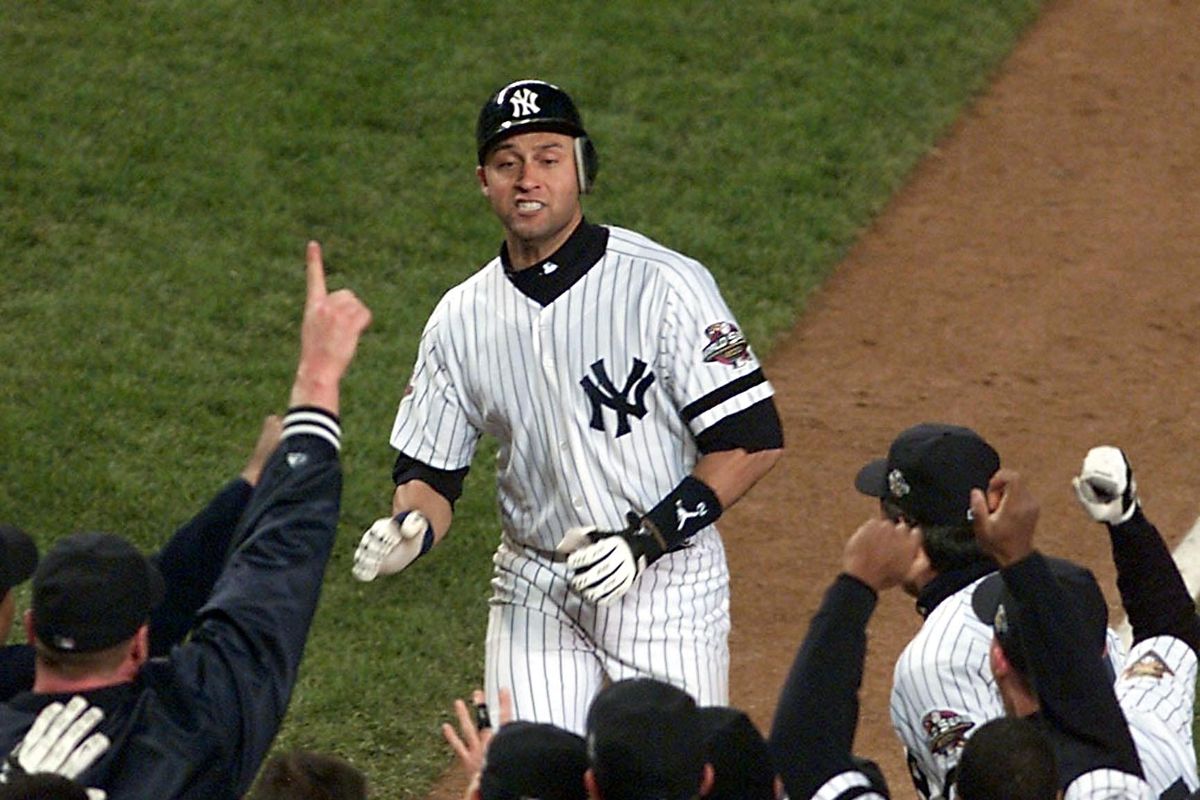 Some people may think of October as when the leaves start to change or the month of Halloween or even basketball and hockey starting. However, baseball fans think of playoff baseball. New York Yankees fans have enjoyed and watched lots of playoff baseball as they have the most World Series wins at 27. The Yankees have also not missed the playoffs since 2016. The Bronx Bombers are in the playoffs this year as they take on the Cleveland Guardians in the ALDS. With such an illustrious history, there have been many amazing plays in the playoffs and this article will feature the five best playoff moments in Yankees history.

The best playoff moment in Yankees history should without a doubt be Don Larsen’s perfect game in Game 5 of the 1956 World Series. Larsen retired all 27 batters of the Brooklyn Dodgers and the Yankees won in seven games. Larsen is the first player to throw a no-hitter in the postseason and is the only pitcher to throw a perfect game which is impressive.

Aaron Boone was an average MLB player as he played for 12 seasons and was a .263 lifetime hitter and only made the All-Star game once. However, in his lone season with the Yankees in 2003 he had one of the clutchest moments in his life and did something that kids dream of. In the 11th inning of Game 7 of the ALCS Boone comes up to pinch-hit and with one swing of the bat on the first pitch sends the Red Sox home and the Yankees to the World Series. Boone’s home run was a win-win situation for Yankees fans as not only did it help the Yankees go to the World Series but it also ended the season of their bitter rival Boston Red Sox.

Yankees shortstop Derek Jeter’s iconic flip play arguably is not just the best defensive play in Yankees history or Yankees playoff history but defensive play of all-time. In the 2001 ALDS, the New York Yankees were playing the Oakland Athletics down 2-0 in the series.

Athletics Terrence Long hits a ball down the right field line and outfielder Shane Spencer fires a bullet over the heads of both Tino Martinez and Alfonso Soriano who were the cutoff men on the play. Jeter smartly chases after the ball and flips it to catcher Jorge Posada to tag out Jason Giambi.

This play was arguably the turning point in the series as the Yankees came back and won three straight to advance. That play was so great because of the IQ from Jeter to go and track down the ball and keep Posada in position but to also accurately make a barehanded flip to Posada for the out. While many consider Jeter an overrated defender, he sure made one of the best defensive plays of all-time.

Since “Mr. November” was mentioned, it is only fair to mention “Mr. October” in Reggie Jackson. In Game 6 of the 1977 World Series, Reggie Jackson had three home runs in one game helping the Yankees win their first World Series since 1962. However, what is even more impressive about those three home runs was the fact that it only took three total pitches for that to happen.

Jeter joins this list again but this time for his bat as he earned the nickname “Mr. November” as he hit a walk-off home run in the 10th inning of Game 4 in the 2001 World Series. Jeter was never known to be a home run hitter however it seems like he hits one in the clutch such as that one and for his 3,000th career hit. Jeter’s home run tied the series at 2-2. Even though the Yankees lost the World Series, that home run gave Jeter one of the many nicknames he has.

Every baseball fan whether or not they saw the highlight or not as definitely heard of Babe Ruth’s iconic called shot home run. In Game 3 of the 1932 World Series, Ruth stepped up to the plate and pointed his bat towards the outfield fence in center-field. The very next pitch Ruth clobbered the ball over the center-field wall right where Ruth pointed his bat for his second home run of the game. Whether or not the called shot was intentional, is still one of the coolest and gutsiest playoff moments of all-time in the rich history of baseball.

Picking only five moments and then an honorable mention was difficult as there were so many to choose from. However, as the game grows and players are more athletic, and the Yankees are consistently in the playoffs, there could be more legendary playoff moments.