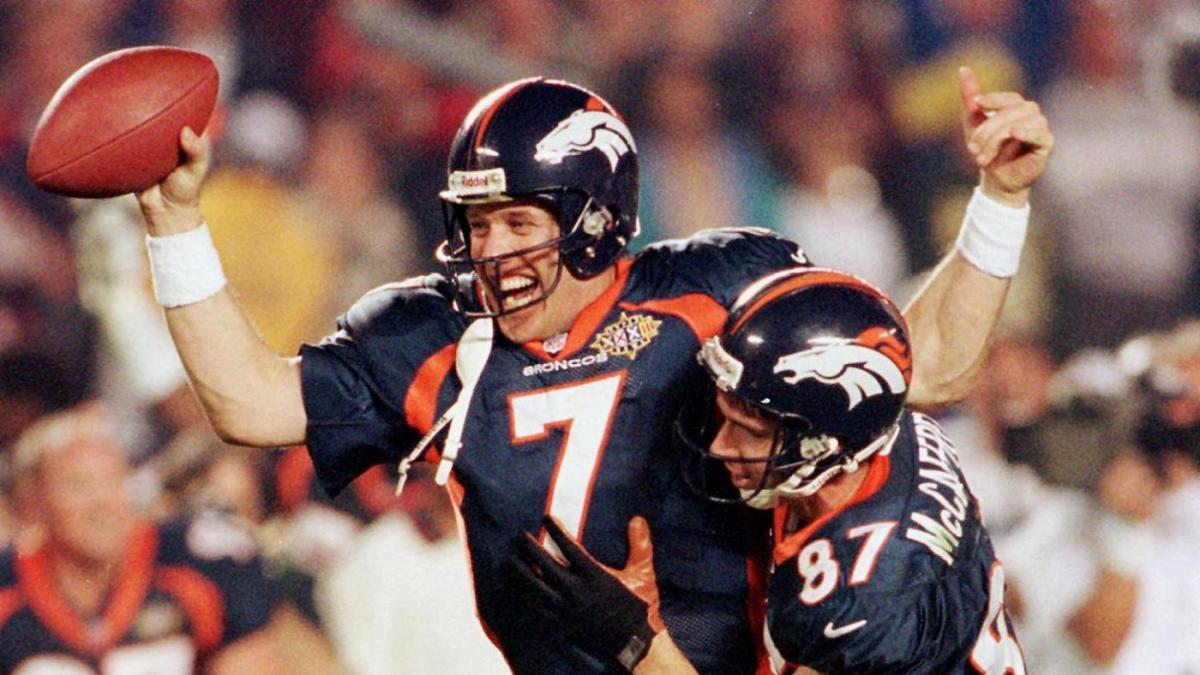 The Denver Broncos have had a lot of great players over the sixty two years they have been around. The franchise has even been home to a few players who could be considered legendary. So, who are the top five of these players and in what order? Here is one version of that answer.

It would be hard for any one to argue against John Elway as the best Denver Bronco of all-time. He has been to and won more super bowls than any other Broncos player(while on the Broncos) winning two and playing in five. He is considered one of the best quarterbacks ever and one of the better players in NFL history. So John Elway is an easy choice as the Broncos best all-time player. Not only is he the best Bronco, but also the most iconic. He is worshiped by all Denver sports fans.

Shannon Sharpe is the Second best player in Denver history, and arguably the best tight end in football history. Many people would argue other tight ends for that title, but Sharpe is a strong candidate. He is fourth all-time in receiving yards and receptions amongst tight-ends. Shannon Sharpe also has two Super Bowl victories, as he was Elway’s teammate when he won. It is likely that without Shannon Sharpe, the Broncos may have never won two super bowls in the nineties.

The best player not on the 90s super bowl teams is Von Miller, making him the third best Broncos player ever. This also makes him the best defensive player in Denver history, which is fitting because the 2015 Broncos were probably the best Denver defense ever. Some may say the “orange crush” defense of the 70s and early 80s is the best, but based on statistics and accomplishments this team was superior. It was led by Von Miller, one of the greatest pass rushers to ever play the game. He may not have the best statistics of any pass rusher, but he has an eighteen sack season and a couple of other fifteen plus sack seasons which qualify him. His 2015 playoff run alone probably gives him that title, which was one of the most dominant playoff runs of any defensive player ever. He completely dominated quarterbacks like Tom Brady and Cam Newton on his way to a super bowl ring and a super bowl MVP.

Champ Bailey is sadly the only player on this list who doesn’t have a super bowl win. It is possible he could have been ranked even higher if he had. Champ Bailey was that good. He is one of the best cornerbacks ever. Champ is one of the most loved players in Denver, but he may not be as well remembered in history because of his lack of a Super Bowl ring. That being said, he is definitely a top five Bronco, and probably a top five all-time cornerback. He had all of the traits one could ask for in the position such as great athleticism, ball skills, and intelligence/awareness. If only he had been drafted either a few years earlier or later. Then he could have played with one of the teams that won the Super Bowl.

The fifth spot was much more difficult to choose than the top four. It was tempting to put a player from a different era as the fifth best player to have a little more diversity on the list. However, the teams of the late nineties were simply great and running back Terrell Davis deserves to be included. Davis’s stats and accomplishments in his somewhat short career cannot be ignored. Davis is actually a bit underrated. He actually won the Super Bowl MVP in 1998, and he deserved it. He ran for over two thousand yards that season (one of the only players to do it) and his Super Bowl MVP was perhaps symbolic of just how important he was in the Broncos winning back to back Super Bowls.