Top Five Questions the Giants Have In The Pre-Season: #5 Who is the Backup QB? 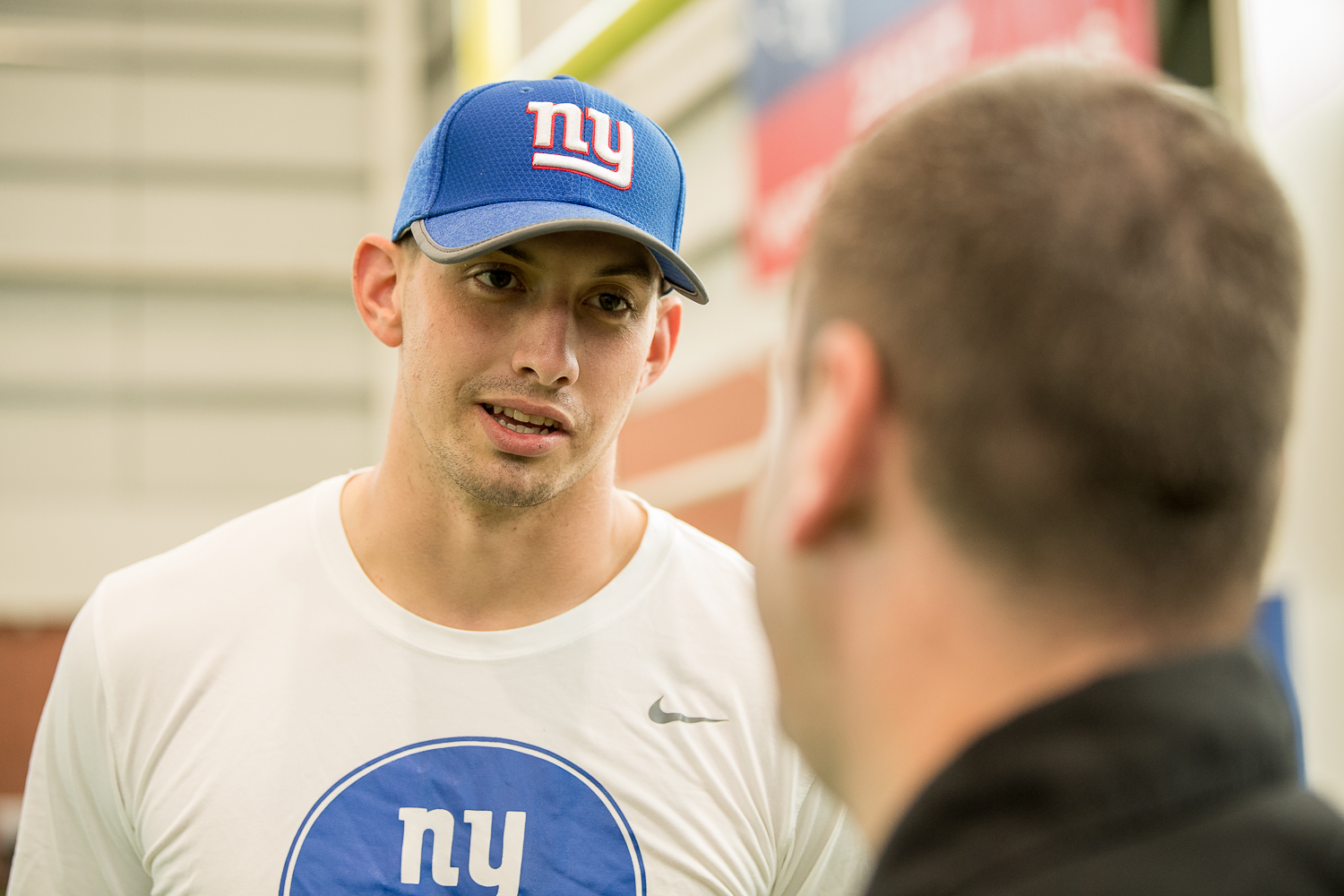 Over the next five days we will look at the five big questions the Giants will face during the 2018 season!!

We are on the eve of the first pre season game of the 2018 campaign, and the NY giants start their year with more questions than answers.  Camp has been going for close to two weeks and the opportunity to backup Eli Manning is still a glaring one.

Will it be second year pro Davis Webb or Rookie Kyle Lauletta?

Webb was a 3rd pick last season and did not have the opportunity to see the field during the turmoil filled 3-13 2017 campaign will start Thursday night against the Browns. He was asked about finally having the opportunity on having some minutes on the field, even if it is preseason. “If you are a second or third string quarterback in the NFL, you have to wait a little bit. The starter is playing good or hasn’t gotten hurt, stuff like that. Hopefully Eli won’t get hurt and keeps playing well. Yeah, this is the longest I have gone without playing.”

Webb understands his role and was very honest during yesterday’s media session. “My job description, in my opinion, is to be the hardest working player on the team, be the best teammate on the team and to try to be the best I possibly can at quarterback. If that’s the backup, third string or maybe even the first guy, just do the best you can, be the best teammate you can and be the hardest worker. I don’t make decisions like that. I just try to do those same three things each and every day.”

Eli Manning had his consecutive game streak snapped last season and was benched for Geno Smith and the original plan was to eventually have Davis play before Ben McAdoo was dismissed as Head Coach of the Giants. Webb Asked about the difference in the atmosphere of camp from last year to this year.

“There is no real positive or negative, camp is camp. The weather is going to be hot and humid in East Rutherford and you’re going to get a lot of wind. The biggest thing – Coach Shurmur has done a great job of asking our opinions, if we like morning or afternoon practices better, really giving us time to get home at night so we’re able to get eight-plus hours of sleep so that we can recover to come back with 100 percent the next day and give it our best. Meetings have been great, every single position group has been learning a ton and you can see at practice – the linebacker group is getting better each day, the DBs are (too), the O-line has done a great job communicating and coming together as a unit. It’s a credit to Coach Shurmur and the coaching staff for bringing us all together.

While Davis Webb is embracing the opportunity to start Thursday, Kyle Lauletta is excited to get the first experience as a pro. Like Webb Lauletta was a third round pick in the draft and happen to have a tough spring.

Quarterback coach Mike Shula has seen improvement in Lauletta since the beginning of camp to now. “He’s done a really good job as well. He’s kind of got a calmness about him, especially for a rookie, that you don’t see a lot in young guys. I’m anxious to see him, as well, just to see the whole transition, I think, for the same reason you guys are. Coming from Richmond, when I first saw him and heard about him, every time I’ve seen him he’s continued to get better. In the Senior Bowl he looked well, in the (NFL) combine he looked well, he’s been here, started out doing well and has gotten better. So we’re just going to try to get him in with a lot of the other young guys and give them the things that they’ve had the most reps on and let them go play.”

Coach Shurmer stated it didn’t matter what round he was drafted, he is a Giant. “ He’s a New York Football Giant and we are trying to get him ready to play. Really anybody on our 90-man roster could be out there playing against Jacksonville. You see we get reps for the 1’s, the 2’s and the 3’s and we certainly do a lot to get the quarterbacks ready, so I really don’t care where he was picked.”

Lauletta discussed how easily entering the QB room was for him. “They welcomed me and helped me with the transition. It’s a dream come true as I have always wanted to play in the NFL. To have a guy who I grew up watching a guy like Eli Manning who has won Super Bowls and has had the success that he has had it is just great to learn from him.”

Both QB’s will see time over the preseason to see who will be named the official back up QB to Eli Manning.