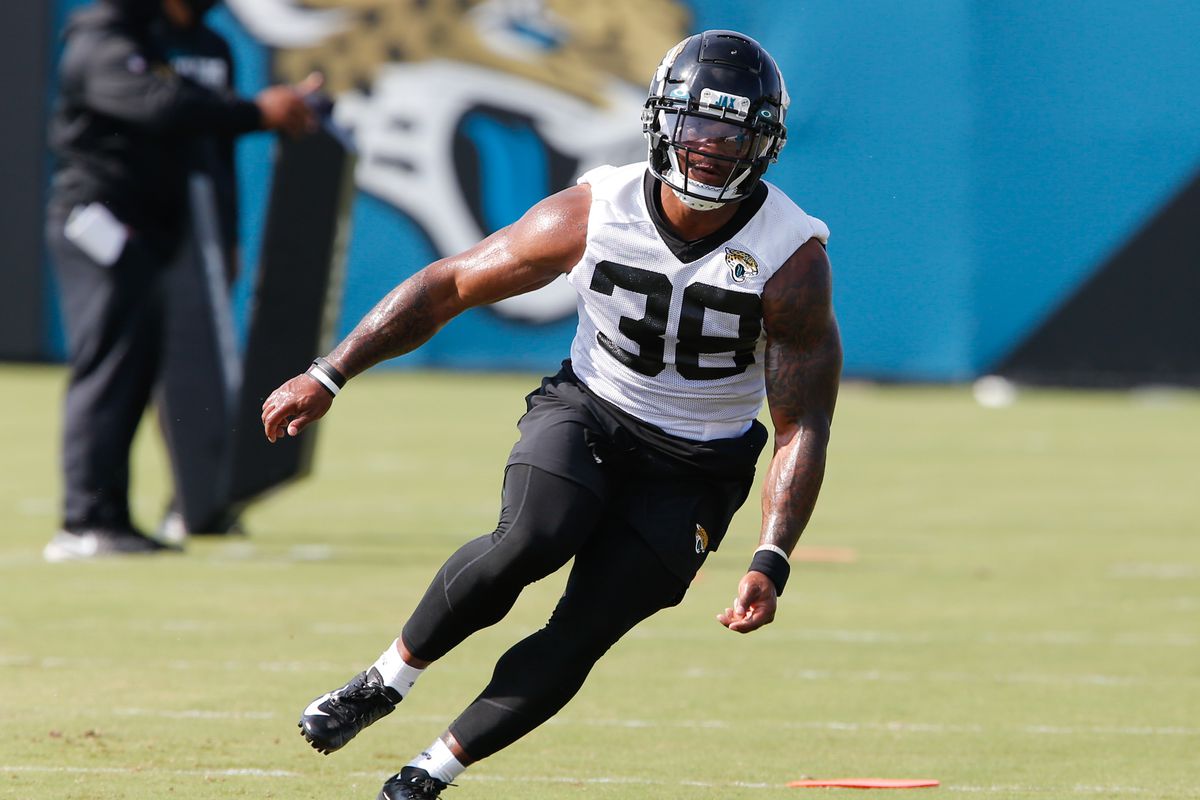 There were a number of players this year who had fantastic seasons, and some of them definitely deserve a spot in the Pro Bowl, but there weren’t enough spots for everybody. Today we are looking at the top seven guys who should have been invited to the event, but weren’t.

Robinson is going to be crowned as my biggest snub of the year. Robinson was the life for the depleted Jaguars’ offense all season, finishing with 1,070 rushing yards, 344 receiving yards, and 10 total touchdowns all without playing in the last two weeks of the season. Jacobs’ numbers don’t even come close to that, with 1,065 rushing yards, 238 receiving yards, and 12 total touchdowns while playing in two extra games than Robinson. The NFL also likes to have each team have at least one Pro Bowler, which the Jaguars do not, and the Raiders have another Pro Bowler in TE Darren Waller, so Robinson should have gotten the nod here.

There were a ton of great performances from wide receivers this year, but Ridley was the biggest snub of all of them. I get that Jefferson is the young kid on the block and the NFL wants to promote their young stars, but Ridley had a better year than JJ. Ridley played in 15 games, and hauled in 90 receptions for 1,374 yards and nine touchdowns. Jefferson played in all 16 games, and brought in 88 receptions for 1,400 yards (and NFL Rookie Record), and seven touchdowns. Sure, Ridley ended up with 26 less yards. Big Whoop. If he had played in the one game he missed he would have gotten more than 26 yards, and would have increased his lead in the other categories. You also have to factor in that one of the 15 games Ridley played in was Week 4 against the Packers, where Ridley was knocked out of the game on the opening drive. The one game Ridley missed came after a Week 8 injury in the middle of their game against the Panthers. That’s a full game and a half Ridley could’ve played to put him above Jefferson in several categories, as well as potentially putting him above other Pro Bowlers.

Tight End is one of the most top-heavy positions in the NFL, meaning the best of them are great, and everyone else is mediocre. The AFC TEs are great with Travis Kelce (Chiefs) and Darren Waller (Raiders), while the NFC TE spots are up for grabs, or at least one of them anyway, because T.J. Hockenson (Lions) burst onto the scene this year. When it came to the final spot, the NFL gave it to Engram, who had 63 receptions for 654 yards and ONE measly touchdown. Tonyan meanwhile had 52 receptions for 586 yards and 11 touchdowns which is tied for the most touchdowns at the TE position with Kelce. The shocking part of Tonyan’s stats is that he caught 52 of his 59 targets, and tied Kelce for touchdowns, while Kelce had 105 catches on 145 targets. Engram had 63 catches on 109 targets and still only had one score, which is embarrassing for a guy who played in all 16 games. Tonyan got looked over for sure.

Bolles had one heck of a season. The Broncos struggled on offense a bit this season, but none of the blame can be put on Bolles. He committed a total of four penalties all season, and didn’t allow a single sack on the 1,015 snaps he played. Bolles earned the third highest PFF grade among all tackles in the NFL, and the highest by any AFC tackle with a 90.3 rating. I see the case for any of the other tackles being on the roster, but someone needs to get bumped off for Bolles, because he is the best of the bunch this season.

This snub needs to be prefaced by saying: Cameron Heyward should not be in the interior lineman section. Heyward is a defensive end, so kicking Buckner off the roster to make space for Heyward is horrible. If you wanted to keep Heyward on this list and kick off Frank Clark (Chiefs) off the defensive ends list, I could see the argument for that. But Buckner had too good of a season to keep him off this list. Buckner finished the season with 9.5 sacks, 37 solo tackles (58 total tackles), three pass deflections, two forced fumbles, and a safety on just 15 games played. There should be zero doubt in anyone’s mind that Buckner was a Pro Bowl player, but some things are meant to remain a mystery this year.

This might be the most underrated snub of the season. Bates didn’t get the love he deserves this season, and it’s because he plays on a lower market team that didn’t have a great season. I’m convinced Mathieu only got on this list because the people making the rosters needed one more Safety from the AFC and said “Hey let’s just take another Chiefs guy with the big name so that they can join the Ravens, Packers and Seahawks as the teams to have seven Pro Bowlers!” Just because Bates isn’t a household name just yet doesn’t mean you should disrespect him like this. Bates played in all 16 games for the Bengals, and accumulated 78 SOLO tackles (109 total tackles), 15 pass deflections, three interceptions and one forced fumble. The guy was literally all over the field making plays. Mathieu on the other hand compiled a stat line of 48 solo tackles (62 total tackles), nine pass deflections, six interceptions (one pick-six), and one fumble recovery in 15 games. I get that Mathieu has two more takeaways than Bates, but Bates has more solo tackles than Mathieu had combined tackles, and had six more pass deflections. This is also a Bengals team that does not have a Pro Bowler this year, so giving it to Bates would have given them at least one player, which the NFL strives for.

Not many people know the name Hendrickson, but his stat line is more than enough (or so I thought) to get him named into the Pro Bowl. In just 15 games this season, Hendrickson had 22 solo tackles (25 combined), 12 tackles for a loss, a pass deflection, a forced fumble, and 13.5 Sacks. 13.5 sacks! That sack number is tied for second-most sacks in the league with another guy who is in the Pro Bowl, maybe you’ve heard of him, his name is Aaron Donald. Literally none of the other NFC defensive ends on the Pro Bowl roster are in the top-20 for sacks. In fact the only defensive end on the Pro Bowl roster in the top 20 is Myles Garrett (Browns), and Hendrickson has 2.5 more sacks then him! I get sacks aren’t the only stat on paper, but when you have a guy putting up Aaron Donald numbers, you have to give him some type of recognition.