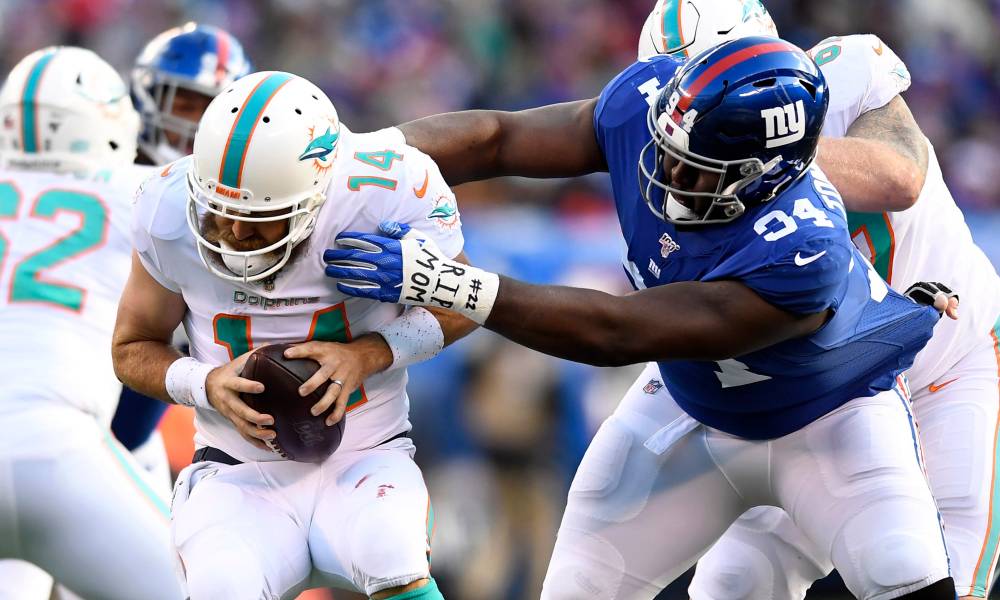 The NFL trade deadline is swiftly approaching as teams have already started moving pieces around before next Tuesday. Over the past couple of years, we’ve seen teams being more open to the prospects of trading in the draft and during the season. However, we’ll see just how the COVID-19 protocols of acclimation into one’s facility affect the trade processes or if things will be business as usual.

Here are some teams to keep an eye on as we move towards Tuesday:

Buffalo Bills: The Bills go into this weekend with a crucial game for the AFC east. New England has been a surprising disappointment but with an upset, they can close the gap with Miami not very far behind. Their first four weeks have looked much differently than their last three. All in all, they have struggled at each level in different spots on defense this season while having hit a rut on offense recently.

Baltimore Ravens: The Ravens have already made a splash having acquired DE Yannick Ngakoue earlier in the week to help load up their DL. They went out and also signed Dez Bryant to their practice squad. With Lamar Jackson in his rookie deal, GM Eric DeCosta has made it very clear that this is their window of opportunity to be aggressive.

Pittsburgh Steelers: The Steelers currently hold the AFC’s #1 seed and have the Baltimore Ravens this upcoming week to help solidify their position in first place in the AFC North. The clock has been ticking for Ben Roethlisberger and the Steelers window to win.

Tennessee Titans: The Titans made a serious splash in the AFC playoffs last season knocking off the 12-4 Pats followed by the #1 seeded Ravens. They’ve been out to show it isn’t a fluke with a 6-1 start led by Ryan Tannehill and Derrick Henry. Things may get tougher with OT Taylor Lewan and the Colts right on their heels for the AFC South title.

Kansas City Chiefs: The defending champs are picking up where they left off having gotten out to a 6-1 start. They reinforced their backfield scooping up Le’Veon Bell this past week.

Green Bay Packers: The Packers are currently the NFC’s #1 seed boding a 5-1 record going into week 8. Aaron Rodgers is a frontrunner for MVP but could use some reinforcements on offense going into the playoffs.

Detroit Lions: The Lions should not be buyers but this organization reeks of desperation as Matt Patricia and Bob Quinn are in a playoff-or-bust season. They acquired Eversen Griffin this past week and could continue to deal for some other rentals.

Tampa Bay Buccaneers: The Bucs have already started making moves as they acquired DT Steve McLendon from the Jets last week. I don’t think they’re quite done yet considering how wide open the NFC is at the moment.

New Orleans Saints: The Saints are currently on the outside looking in at 4-2 for the NFC playoff picture. They have a huge game for playoff ramifications against Chicago this upcoming week. They’re still just a half game back out of first place for the NFC South.

Seattle Seahawks: The Seahawks have made it very clear that they’re going for it this year. They moved a haul of picks to pick up Jamal Adams and they just acquired Carlos Dunlap from Cincinnati.

San Francisco 49ers: The 9ers may wanna stay put as the deadline approaches, but this team has been hit harder by the injury bug than every team in the NFL. They have a league-leading 14 players on the IR. They’re still positioned nicely at 4-3 to make a playoff push but their schedule is absolutely brutal.

New York Jets: The Jets are currently your favorite for the #1 pick in 2021. They’ve already started their purge having moved Jordan Willis and Steve McLendon. More players are probably on their way out of New York.

Cincinnati Bengals: Similar to the Jets, we’re starting to see the Bengals clean house with the move of Carlos Dunlap this past week. A lot of vets including AJ Green have been rumored to potentially be on the move.

Houston Texans: One of the NFL’s biggest disappointments, the Texans have already started their rebuild by firing GM/HC Bill O’Brien. The problem is they don’t have many assets to try and reload this roster – they’ll try to recoup some of these assets in this deadline.

Players who could be on the move: Kenny Stills, Will Fuller, Brandin Cooks, Gareon Conley

Jacksonville Jaguars: The Jags have completely torn down their roster into one of the youngest rosters in football. They could look to move more vets in an effort to expedite their rebuild.

Dallas Cowboys: It’s actually remarkable how disastrous most of their 2020 offseason moves have panned out. The Cowboys cut Dontari Poe and Daryl Worley as it’s looking like an attempt to cleanse this inflated roster should be on its’ way.

New York Giants: The Giants have played better football over the past few weeks but only have one tightly contested win over Washington to show for it. They have some intriguing pieces that could be on the move for other teams.

Minnesota Vikings: Evidently, GM Rick Spielman has started their inevitable rebuild by moving Yannick Ngakoue this past week. There are some other Vikings that could be on the move as well.

Atlanta Falcons: The Falcons put the rumors of moving Matt Ryan and Julio Jones to rest. But the Falcons need to move some cap around before 2021 rolls around.