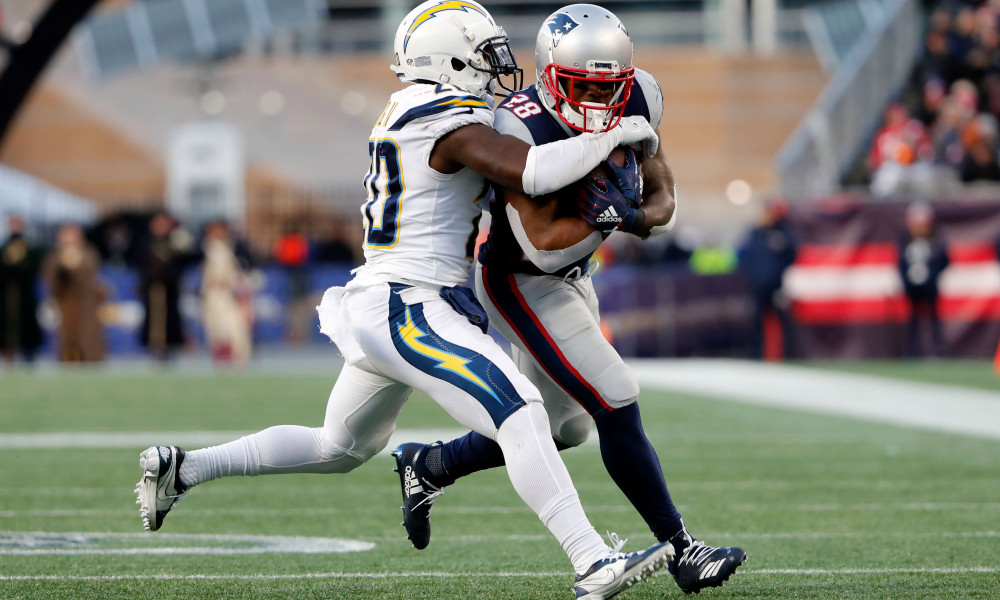 It went under the radar but the acquisition of Yannick Ngakoue could be monumental for Baltimore. They acquired Ngakoue a week before the deadline for their third round pick and a conditional 5th rounder in 2022. Ngakoue is one of the premier, young pass rushers in football; he is still just 25 and was instrumental in Jacksonville’s run to the AFC title game in 2017-18. He has five sacks through six games while in Minnesota but the numbers are a little deceiving. He hasn’t been that same dominant guy he was in Jacksonville but that could easily be recreated alongside Jacksonville teammate Calais Campbell. This defense was already one of the elite units in football but if Ngakoue can be the Jacksonville version of himself, they very well could become the best defense in football.

GM Jon Robinson pulled off a Ravens-esque trade by acquiring 2018 All-Pro CB Desmond King II for a measly sixth rounder. For whatever reason, King II hasn’t found the field as much the past two years in LA and this move seemed inevitable. Tennessee capitalized on the window of opportunity and pounced for someone of King’s caliber. Their secondary, including the nickel, has struggled immensely and King will immediately elevate this pass defense.

This defense has gotten off to a historically bad start, but they are still 6-1. With their offense, they have the ability to beat any team. If they can get any production from the other side of the football, they can become a juggernaut in the NFC. This past week was their best performance of the year as they bottled up San Francisco’s offense for most of the game. Earlier in the week, they had added prominent EDGE Carlos Dunlap to their defense. Due to COVID acclimation protocols, Dunlap wasn’t able to play but he gives them some much needed athleticism and pass rushing off the EDGE. Furthermore, they’re due to get back Jamal Adams and Shaquill Griffin in the coming weeks. If this defense can turn it around, watch out.

This one was a real head-scratcher for New Orleans. Kwon Alexander has some name appeal but after he tore his ACL in 2018, it’s clear he lost a step or two in San Fran. He was a consistent liability in pass coverage and had one of the more bloated contracts in a position that isn’t viewed as one of the premium positions. Alexander is only due $2.25 million for the remainder of this season but the Saints are now $100 million over the cap for 2021. It was a really strange move considering the position they’re in. Alexander won’t put them over the top in terms of contending, their LBs/Safeties have really struggled in coverage and Alexander doesn’t fill that void, and they somehow made their cap situation even worse going into 2021.

There are a handful of disappointments in the NFL – these teams are the most notable. These were the preseason contenders who now must pivot to some sort of rebuild. Minnesota and Houston each made the playoffs last year while Dallas and Atlanta made aggressive moves in the offseason to compete in the NFC. Each team has fallen flat on their face and were obvious candidates to sell. However, despite some attractive pieces, none of them were able to offset certain contracts for draft picks. The COVID-riddled season certainly did not help matters for these teams: owners are losing a ton of revenue and the cap may be even smaller next season. NFL teams are usually more conservative come deadline time in terms of movement but this is no coincidence that teams were extremely quiet in this unique season. Now, teams like Atlanta, Houston, Minnesota, and Dallas are paying the price as there were minimal suitors.