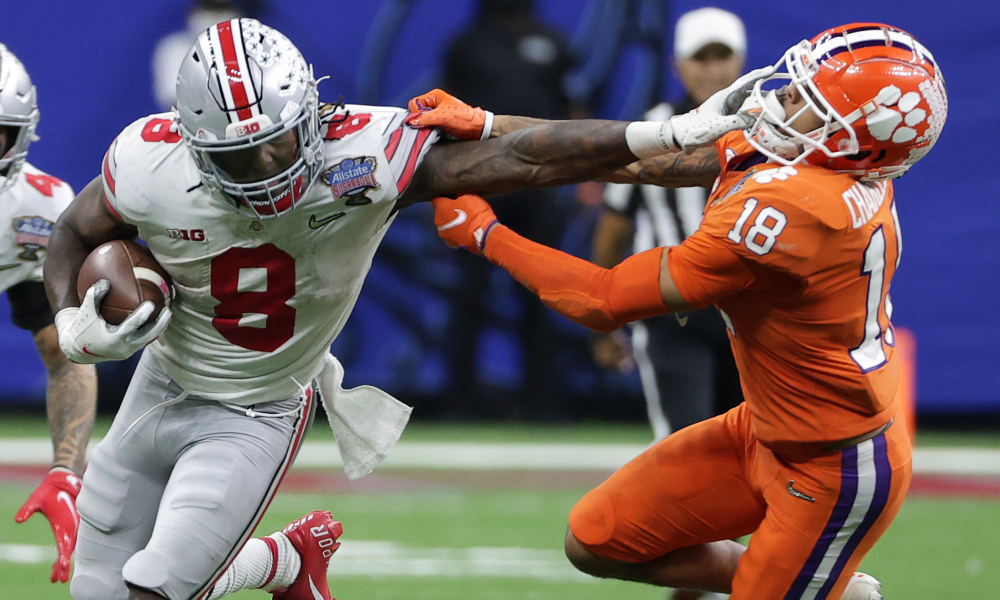 Leading up to the 2021 NFL Draft, Back Sports Page will release scouting reports on the NCAA’s top prospects. This edition: Trey Sermon.

Standing at 6’1″ and 215 pounds, Ohio State running back Trey Sermon finished his collegiate career with the Buckeyes in 2020 after three seasons with the Oklahoma Sooners.

While at Oklahoma, Trey Sermon had two of his best seasons at the college level. After recording 744 rushing yards on 121 carries for five touchdowns his rookie year, Sermon followed up with his best statistical year as a sophomore, tallying 164 carries for 947 yards and 13 touchdowns.

After an underwhelming junior year with the Sooners, Sermon transferred to Ohio State, where he finished his final year with 116 carries for 870 yards, four touchdowns, and a trip the the 2020 NCAAF Championship Game (where the Buckeyes fell to Alabama and Sermon left early with a serious collarbone injury).

While his statistics may not be eye-popping compared to some of the other RBs in this year’s NFL Draft, Trey Sermon has shown that he can provide a physical style of play for any team that takes him, averaging 6.5 yards per carry over his four NCAAF seasons.

As physical a runner as he may be, Sermon does lack breakaway speed and offers little in the passing game, which may be an issue for prospective NFL teams given the direction of running backs at the pro-level the past few years. That being said, Sermon has the impressive ability to bounce off would-be tacklers and regain his balance for extra yardage.

If Trey Sermon can show off some hidden talent at the 2021 NFL Combine, look for the former-Sooner and Buckeye to hear his name on Day 3 or 4 of the 2021 NFL Draft.