Triston Casas is Ready for a Call Up 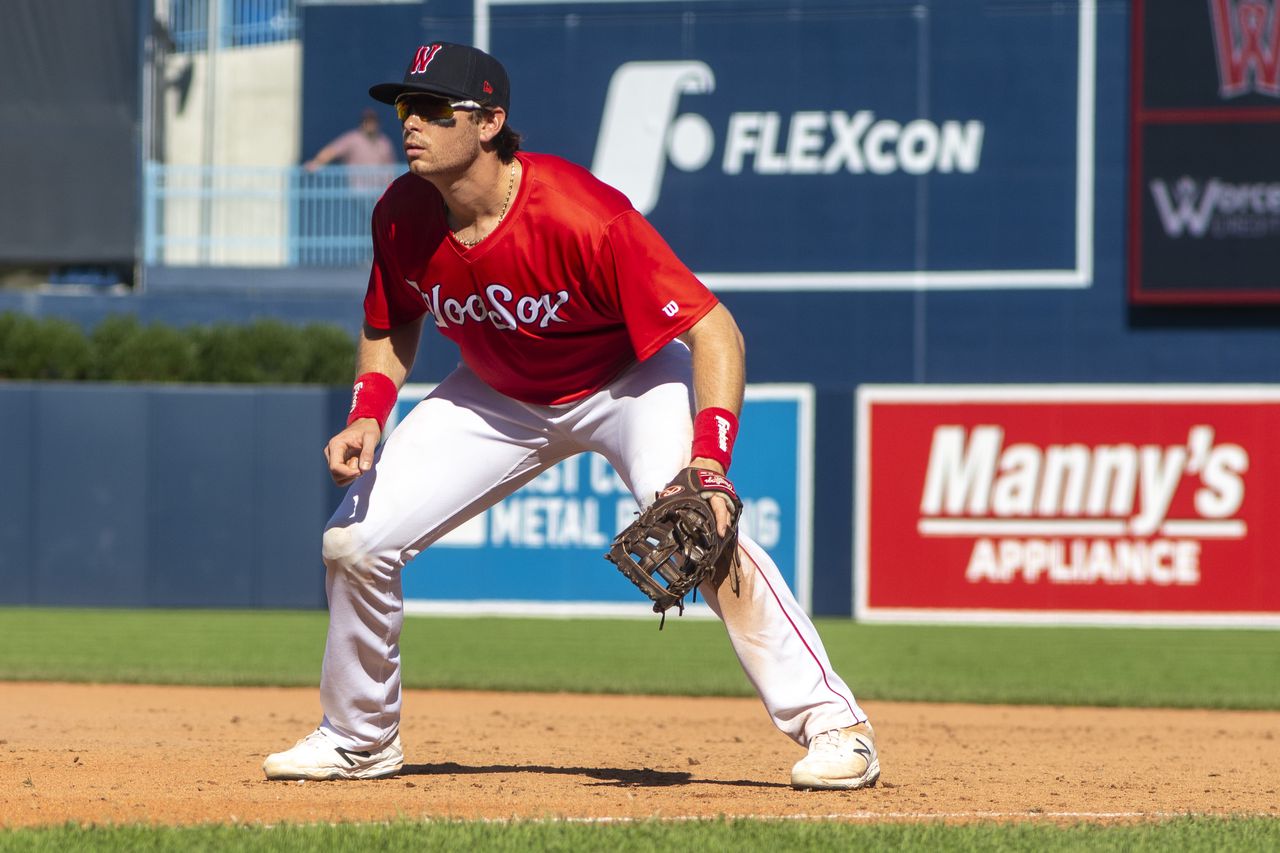 Triston Casas, the Red Sox first base prospect, can help the big league team right now with his powerful bat.

Triston Casas las long been a notable prospect for the Boston Red Sox, but he is now ready for his Major League debut.  While GM Chaim Bloom might still look for reinforcements around the league over the next two days, he has first base help inside his own organization.  Casas is hitting well at AAA Worcester, and he would more than complement the current first base tandem of Bobby Dalbec and Franchy Cordero.   Casas can really hit, and offense is what the BoSox need more of at the moment.

The Red Sox selected Triston Casas 26th overall in the 2018 MLB Draft, part of a recent trend of taking high school hitters in the first round.  Casas is from the baseball hotbed that is South Florida, meaning he played a lot of tough competition.  He went to American Heritage, one of the largest high schools in the country, and the same school as Eric Hosmer and Mets prospect Mark Vientos.

After spending much of 2019 at Low-A Greenville showing off his power, Casas entered the back of Top 100 on most outlets’ lists.  Like most prospects, he did not play organized games in 2020 when the minor league season was cancelled.

He came back strong in 2021 at AA Portland with his highest OPS as a pro at .879, discounting single-digit appearances at other levels.  He was rewarded with a nine-game cameo at AAA where he continued to show off his power and on-base skills.  Five of his eight hits went for extra bases, and he drew eight walks.

In the middle of the year, Casas took a detour to Tokyo for the Summer Olympics, where he hit in the middle of Team USA’s lineup and won a silver medal.  After the season, the Red Sox assigned him to the Arizona Fall League, where he raked in a hitter’s environment.  His batting average ballooned to .372 and his on-base percentage nearly reached .500, but his slugging percentage stayed in the high-400’s range.

Where He Stands Now

After proving himself in lots of different environments, Casas reached the Top 20 of prospect lists, rare territory for someone limited to first base.  His above-average plate discipline and envious power provide a reliable floor where he does not need much defensive ability.  At just 22 years old, Casas is still very young for AAA and has plenty of room to grow, typical of hyped-up players shooting through the minors.

His numbers have fallen some this season, but not to a worrying extent.  His .241 average is close to his norm, but one-base and slugging percentages have fallen somewhat.  He only has eight home runs with the WooSox this year and looks more like the best platoon hitter in baseball rather than a true superstar.

That would still be a great outcome for the Red Sox, of course, especially when if he can hit the ball like this more often:

Second-ranked @RedSox prospect Triston Casas got all of this one for the @WooSox. pic.twitter.com/QphWE5GlMi

Due to Casas’s consistent production across levels as he ages, Red Sox Nation can expect a similar batting line in the Major Leagues.  He might need an adjustment period like most rookies, but an .800 OPS going forward would be a huge upgrade right now, and he is plenty fine on defense at first.

Dalbec and Cordero have been hitting better recently, but their season numbers are still quite poor.  After a fantastic 2020 debut and solid first full season, Dalbec has fallen to a 74 OPS+ and -0.7 WAR.  Cordero has shown flashes of his immense raw power, but he has only an 85 OPS+ and -0.3 WAR to show for it.

Manager Alex Cora has been playing Christian Vazquez more at first base lately, but that leaves the team exposed at catcher with Kevin Plawecki scuffling.  Calling up Casas would greatly benefit the offense and let Vazquez go back to his natural position.  If Bloom does indeed trade Vazquez and J.D. Martinez, then Casas would have even more opportunity to play.

Triston Casas has what it takes to hit in the Majors right now.  It is time for the Red Sox to give him his moment and boost the team’s playoff chances while they still have any.

Where The Atlanta Braves Sit At Midpoint
Guardians? Juan Soto?