Tua Tagovailoa: The Case For A Breakout Year 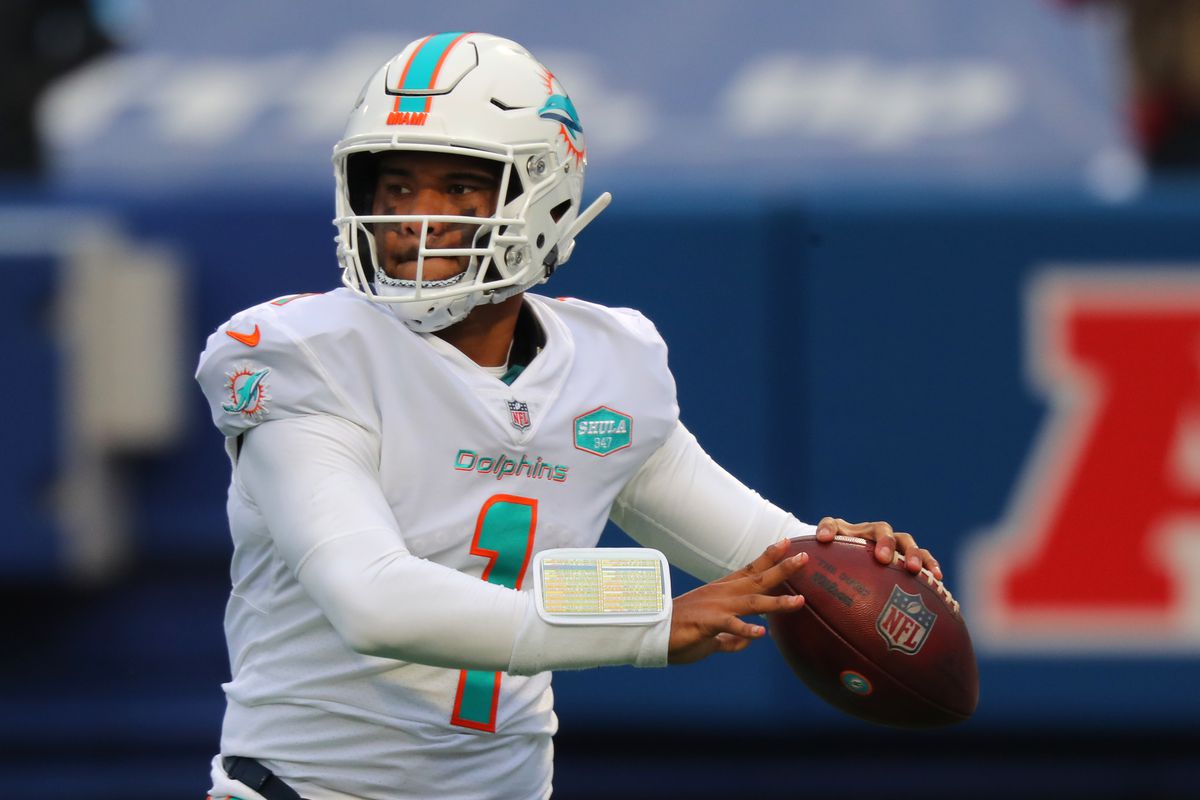 After a disappointing rookie showing, the Miami Dolphins seem to have made the offseason improvements to set up Tua Tagovailoa for a breakout year. If you don’t believe it, here’s the case.

With OTAs officially behind us, Miami Dolphins quarterback Tua Tagovailoa is as controversial as ever. After throwing five interceptions on the first day of minicamp, many are worried that Tua Tagovailoa’s sophomore season will be as unsatisfactory for the Miami faithful as his rookie showing. Despite this, coaches and players associated with the organization seem optimistic about his performance this year. Without last year’s injury issues or Covid-shortened offseason, there’s now a case to be made that this will be his breakout year.

The Background: In a decision that divided both the fans and the locker room, Ryan Fitzpatrick was named the second string quarterback midway into the 2021 season. As excited as the fanbase was to see the 5th overall draft pick Tagovailoa start, it was obvious that benching the fan-favorite journeyman QB Fitzparick would be an unpopular move. Still, Tua managed to go 6-3 as a starter in an offense built around Fitzpatrick’s playstyle. If you’re wondering why fans are disappointed with Tua’s winning record, well, you had to see for yourself. Tua struggled with accuracy. He looked awkward in and out of the pocket. Even in winning six of his nine starts, he only posted 11 touchdowns and 6.3 yards per attempt. A gunslinging offense focused on throwing 50/50s to big-bodied receivers didn’t play to a single one of Tua’s strengths. It showed.

The Case: With Fitzpatrick headed to Washington and the addition of two new offensive coordinators in George Godsey and Eric Studesville, it’s clear the 2022 Miami Dolphins are being built with Tua in mind. Now, consider that the team acquired Tua’s former college teammate and Biletnikoff candidate Jaylen Waddle with a first round draft pick in addition to the free agency signing of former Texans wide receiver Will Fuller V. It’s clear Tua has a lot more help this year in regards to not only scheme, but roster as well. The addition of Notre Dame tackle Liam Eichenberg emphasizes this. After this offseason, Tua will have more time to throw the ball and better weapons to throw it to.

Finally, the argument we make every year yet seem to forget. Development. Frankly, giving up on a rookie quarterback after starting 6-3 three years after Josh Allen started 5-6 is foolish. Sure, the Dolphins have a much better roster and should be playing a lot better than the 2018 Buffalo Bills. However, the fact remains that repetition and experience can be valuable to a young quarterback. More valuable than any star receiver or experimental back office strategies.

The Verdict: Now that the Dolphins have a better roster and better management than they’ve had in years, fans have every reason to believe they can reach the playoffs. Frankly, Tua has the caliber of defense where he could manage games all season and still find wild card spot. However, given the direction of this coaching staff, I don’t believe he will. This team has been creating what will be one of the most exciting offenses in the league this year. With an elite defense, quick receivers, and a promising QB, the Dolphins are set to stun the AFC. They’re set for a playoff run. More specifically, Tua Tagovailoa is set for his breakout year.

Big Blue Report: Is It Three and Out for Daniel Jones?
New Orleans Saints Defensive End Payton Turner: “I’ve just been trying to be a sponge, really.”