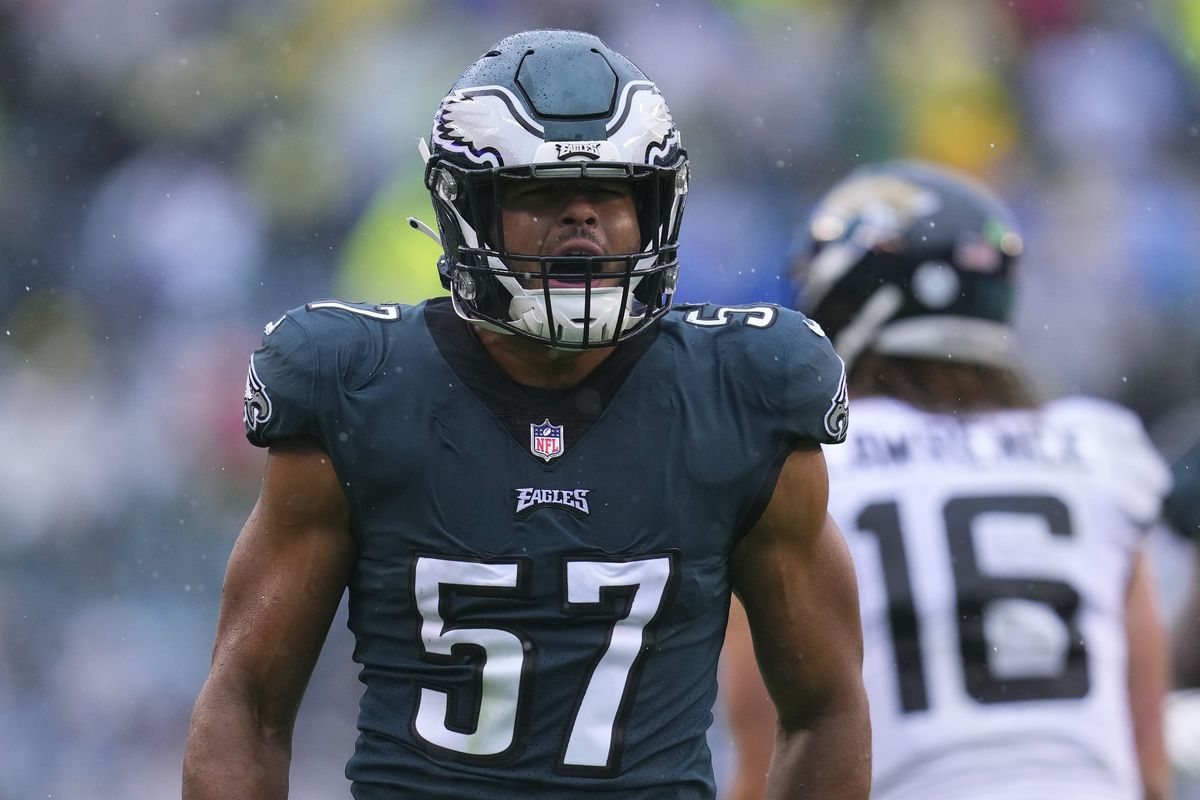 The Philadelphia Eagles continue their undefeated streak to begin their 2022 campaign. On Sunday the Eagles (5-0) defeated the Cardinals (2-3) 20-17 after a hard-fought game. With 1:45 left in the fourth quarter, the Cardinals had an opportunity to drive down the field and either tie the game with a field goal or possibly win with a touchdown. Kicker Matt Ammendola missed a 43-yard field goal to secure the win for Philadelphia. This was the Eagles’ closest game that came down to the wire, here are two takeaways from Sunday:

The Eagles’ run game continues to win them games. Philadelphia rushed for 139 yards on the ground with two touchdowns. RB Miles Sanders had 15 carries for 58 yards while QB Jalen Hurts also rushed 15 times for 61 yards and two touchdowns. This has been Philadelphia’s bread and butter all season. Simply no one can stop them on the ground even with an injured offensive line.

As I’ve stated in past articles, once a team gets its run game going, the passing game will open up. And that is what keeps happening every week. Hurts passed for 239 yards and hit five different receivers throughout the game. Sanders and Hurts have been tearing it up on the ground game. This is their key to victory week in and week out.

Bend But Did Not Break

This week was the Eagles’ most nail-biting win of the season so far. It was also their lowest-scoring performance of the season. The Eagles scored a touchdown in both the first and second quarters but could not punch the ball across the goal line the rest of the game. The Cardinals were able to tie the game up 17-17 in the fourth quarter before the Eagles went on a game-winning drive that ate up seven minutes and 58 seconds.

With 9:43 left in the game, Hurts drove Philadelphia 70 yards on 17 plays to let kicker Cameron Dicker kick a 23-yard field goal to take the 20-17 lead. It was a great series to end the game on, leaving Arizona only 1:45 to try and win or tie the game. However, the defense gave up 50 yards on 10 plays in only one minute and 23 seconds. Kyler Murray slid one yard short of a first down and spiked the ball on third down to force the Cardinals to try a 43-yard field goal with a backup kicker in Matt Ammendola. The kick missed wide right to give Philadelphia the win. Although it came down to the last second, the Eagles put together a game-winning drive and did not let the Cardinals sneak by with a win or let them force overtime.

The Eagles keep showing the rest of the NFL that they are the best team in the league. They are firing on all cylinders and have yet to be stopped. They have had big wins, come back performances, and all three phases of the game are on the same page. Head Coach Nick Sirianni has this whole team bought in and playing their hearts out every week. It’s going to take a bad performance out of Philadelphia for them to get their first loss of 2022.

However, week six will be their toughest game yet. The Dallas Cowboys (4-1) have also been on a roll with backup quarterback Cooper Rush. Although starting QB Dak Prescott may be back in time for their Sunday night showdown. Their defense led by LB Micah Parsons is arguably the best in the NFL to this point. The Eagles will look to come out with another win in the primetime spotlight.