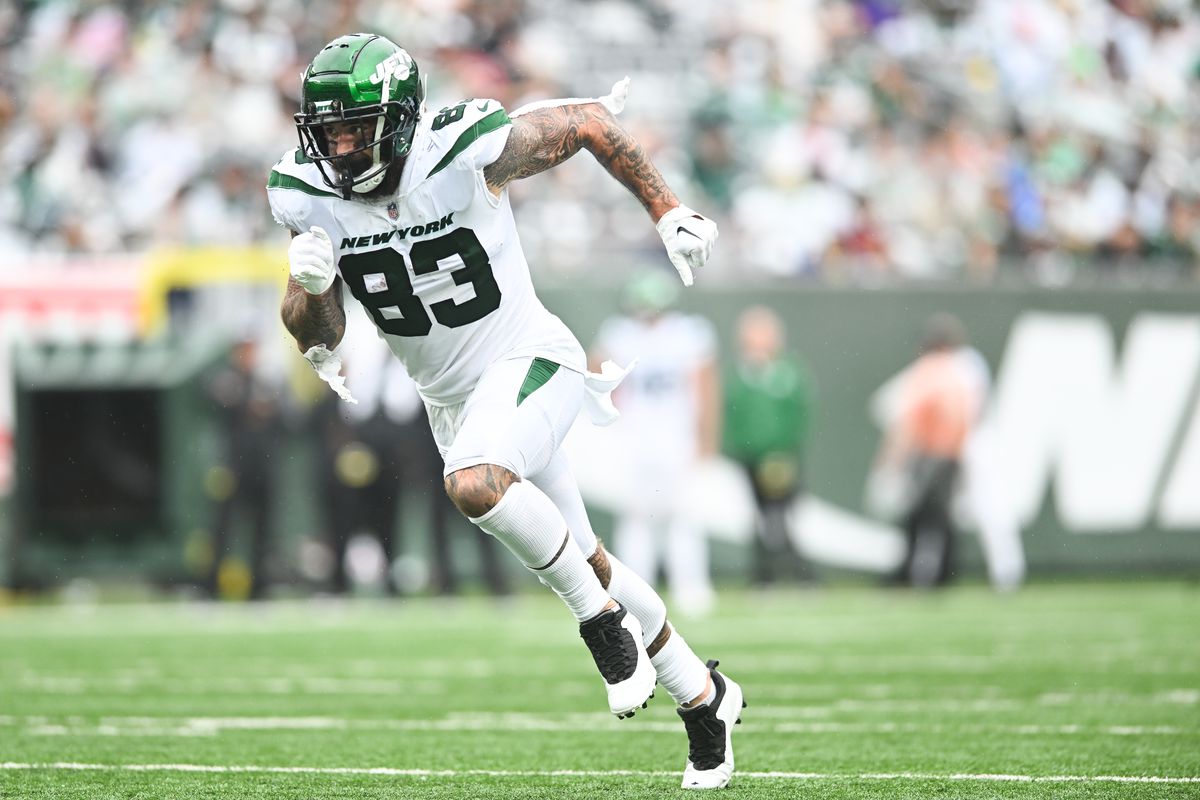 Sunday September 25, the New York Jets lost 27-12 to the Cincinnati Bengals to move to 1-2. Too many mistakes and failure to get in the end zone is what cost the Jets the win in Week 3. The Jets next game is at 1:00 on the road on Sunday October 2 against the Pittsburgh Steelers. Let’s take a look at the positives first.

Yes, Chase got a touchdown. However, he had two rushes for negative two yards and only had 29 receiving yards. That is the third lowest receiving yards he has had in his short career.

The Jets run defense looked like it did Week 1 against the Baltimore Ravens as they shut down Joe Mixon. Mixon had 12 carries for 24 yards and quarterback Joe Burrow had five rushes for zero yards.

Once again Jets tight end Tyler Conklin excels and has another great game logging eight receptions for 84 yards. Conklin is tied for first on the team with rookie wide receiver Garrett Wilson for receptions with 18 and third on the team in receiving yards with 140. He is on pace to have the best season for a Jets tight end since Chris Herndon in 2018 and he could even have a better year than that. Conklin was signed to backup C.J. Uzomah and maybe even rookie Jeremy Ruckert, but now Conklin has emerged himself as the starting tight end in this offense.

Zuerlein accounted for all 12 points with four field goals including a long of 52 yards. After a rough Week 1, it seems Zuerlein has bounced back and has had a solid couple of weeks back-to-back.

Now let’s take a look at the negatives and what the Jets need to work on heading into their Week 4 matchup with the Steelers.

The Jets game plan seemed like they wanted to shut down Chase and they did other than that touchdown. However, in doing that they allowed the other Bengals receivers in Tyler Boyd and Tee Higgins to go off. The Bengals have a three-headed monster at the wide receiver position as any one of them or even more can easily have more than 100 yards and a touchdown. Boyd had 105 yards and a touchdown on just four receptions while Higgins had 93 receiving yards on just five receptions. They cannot do this next week as the Steelers also have a solid receiving core in Chase Claypool, Diontae Johnson, and George Pickens.

The Jets had two untimely penalties, one that extended the drive, and one that led to points. Defensive end John Franklin-Myers had a late hit on Burrow which extended the drive after a third down. Instead of forcing a punt and getting the ball, the Jets gave the Bengals an advantage as they could extend their drive. They also had a helmet-to-helmet penalty which put the Bengals in the red zone. One of the most frustrating things in football or for a defensive coordinator is seeing your team give free yards due to penalties.

Once again Jets quarterback Joe Flacco had more turnovers than touchdowns. Flacco had two interceptions to no touchdowns. Luckily, that should be Flacco’s last game as starting quarterback Zach Wilson is set to return from the injury he suffered in the preseason against the Philadelphia Eagles.

In order to beat the Steelers, the Jets need to focus on controlling the football, and remain disciplined. Also, they need to have a better game plan in terms of trying to stop all of the wide receivers instead of neutralizing one.

Recap Week 3: Green Bay Packers
3 Ways the Cardinals Can Get Back On Track in Week 4