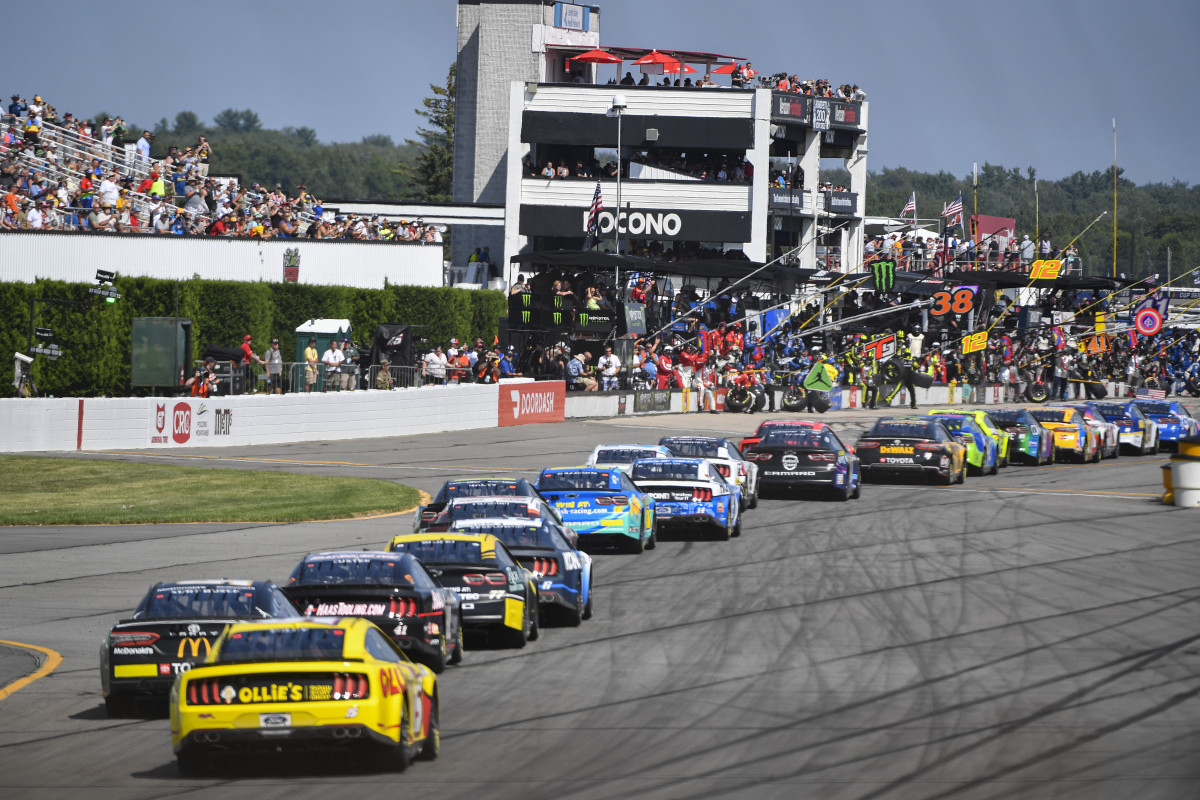 This past Sunday was the beginning of the round of 12 for the NASCAR cup series playoffs. Texas is not known for the best racing in the past. Texas is known for single file racing and very occasional passing on the track. Most analysts and fans thought that Texas would be the calm race of the round of 12, but it was anything but. This past weekend, Tyler Reddick scored his third career cup series victory and first at Texas. This win for Reddick could be the last with his current team, Richard Childress Racing. It was previously announced that Kyle Busch, would drive for RCR in the #8 car next year. People would think that the big headline after this weekend would be about Reddick winning, but that’s quite the opposite.

How Texas impacted the playoffs:

As previously said, Texas was thought to be the calm race of the round of 12, but it was quite the opposite. The playoff standings were heavily affected at Texas, due to some playoff drivers having tire issues throughout the race and registering DNFs. Early in the race, on lap 94, playoff driver Alex Bowman would experience a right rear tire issue in the middle of turns three and four and would back the car into the outside retaining wall. Bowman’s crew would be able to repair the car to the best of their abilities, and Bowman would finish in the 29th position. Fellow playoff driver, Christopher Bell, would also experience a right rear tire issue, much like Bowman. Bell’s pit crew would attempt to make repairs to the car but would fail to make minimum speed, as a part of NASCAR’s damaged vehicle policy.

Championship favorite, Chase Elliott, slammed the outside retaining wall coming out of turn four, after experiencing a flat right rear tire while leading the race. Elliott would climb out of the car under his own power after the right side of the car did catch on fire. Three different tire issues for three different playoff drivers, in almost the exact location on the track. Turn’s three and four are where most of the tire failures took place on track throughout the day. These tire failures did shake up the playoff standings, a lot more than anyone expected. Tire failures weren’t just the only headline that fans and reporters were discussing after Sunday. Tempers were flaring on the track later in the race between two rival playoff drivers.

Tempers flare on the track:

William Byron drives the famous #24 for Hendrick Motorsports. Byron has four career cup series victories and is the 2017 Xfinity series champion. Denny Hamlin drives the #11 for Joe Gibbs Racing. Hamlin has 48 career cup series victories and is the 2010 cup series point standings, runner-up. Why is this relevant? Byron and Hamlin were involved in a bit of on-track dust-up with each other, which led to an unexpected result under caution. The two were fighting for second place late in the race, Hamlin got tight coming out of turn two with Byron on his outside and forced Byron into the wall. Byron felt he was wronged in the moment. Byron then decided to show his displeasure to Hamlin under the next caution and spun Hamlin down the front straightaway, whether it was intentional or not.

After the race, NASCAR senior VP, Scott Miller, was questioned as to why officials didn’t give Byron a penalty instantly. Miller admitted that NASCAR officials were more focused on the cause of caution, and not Byron and Hamlin. Later in the week, NASCAR was quick to hand Byron a penalty. NASCAR has fined Byron $50K and docked him 25 driver and owner points. This penalty now drops Byron below the cutline in the playoffs. Byron was not the only driver who was handed a penalty after Texas. Substitute 23XI driver and full-time Xfinity Series driver, Ty Gibbs, was fined $75K after aggressively slamming his car into the #42 of Ty Dillon after a late race pit stop on pit road. This incident came dangerously close to another crew who were working on their perspective car. NASCAR wanted to send a message to the teams that they are not messing around.

What to expect from Talladega:

If Texas was supposed to be the calm race of the round of 12, then fans couldn’t begin to imagine what could happen at Talladega. In simple terms, Talladega is going to be crazy. Talladega has always been a race of survival, no matter who you are. Whether you’re a playoff driver or not, the main goal heading into Talladega is to survive and try to see the checkered flag at the end of the race. Talladega has been known to severely affect the playoff standings. Talladega is called the “wild card race” for this reason anything can happen. It will be fun to watch and see how Talladega will affect the playoff standings this coming Sunday.