UFC 249 and the Possibility of Super Cards 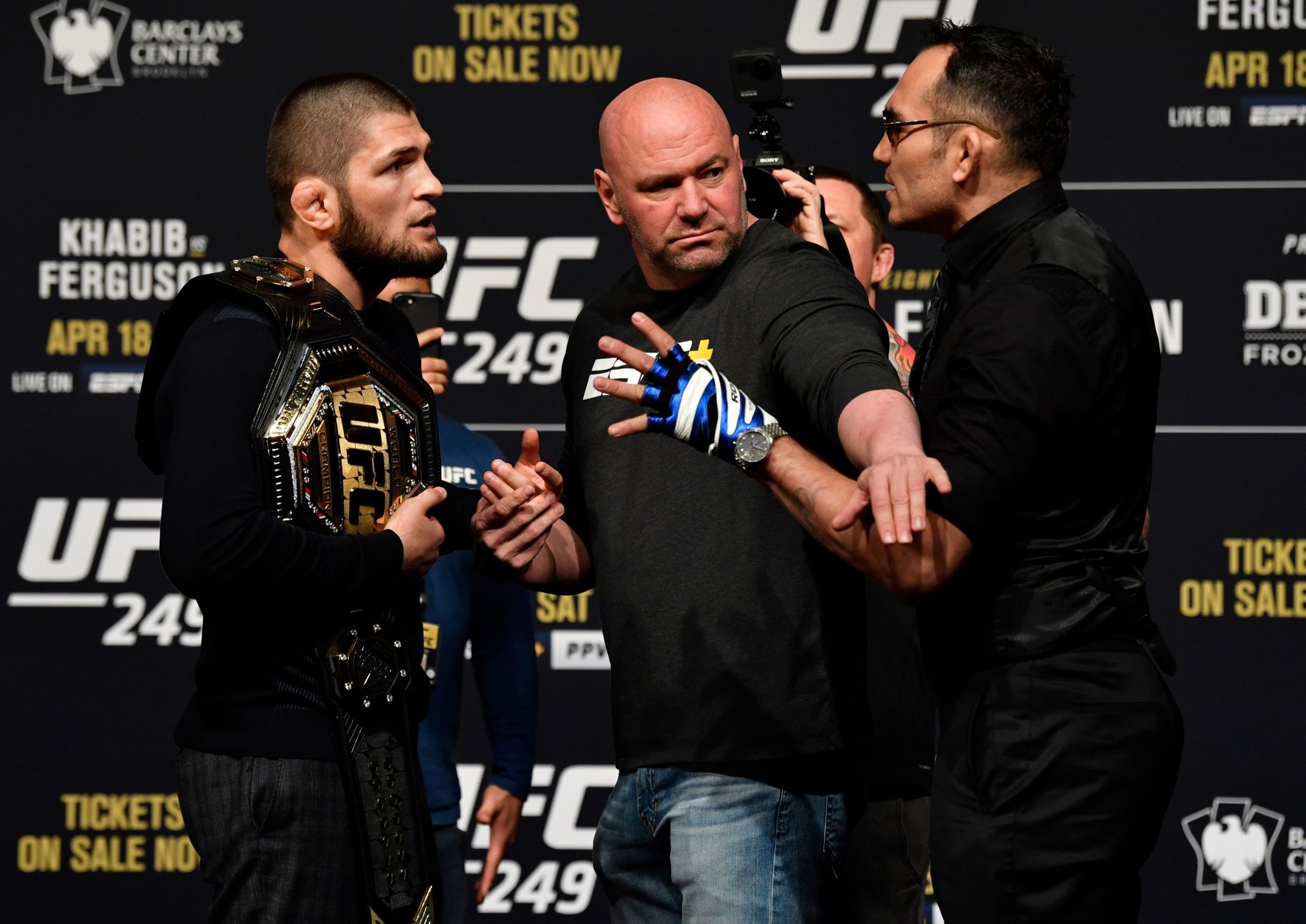 Yesterday, UFC President Dana White confirmed that he has secured a location to host UFC 249: Khabib vs. Ferguson. Today, White expressed his wish to build the event around “the baddest card that’s ever been done.”

Heavyweight contender Francis Ngannou joined White on Instagram Live this morning to chat with ESPN’s Brett Okamoto. Ngannou announced that the UFC “has tested him for COVID-19” and that he may fight on the UFC 249 card.

If all of Dana’s wishes unfold as planned, the UFC will have a historic closed-door mega event next month.

UFC 249 on April 18th could be the beginning of a “super card” trend in the mixed martial arts world. The following three UFC cards have been canceled so far as result of the coronavirus:

Most, if not all of the fights listed above will be rescheduled and put on future cards, making for more “super cards”. As it stands today, the UFC is the only major sport that is active for the foreseeable future.

If UFC 249 is successful next month, expect more “super cards” in the coming months.