UFC 249 Was An Overwhelming Success 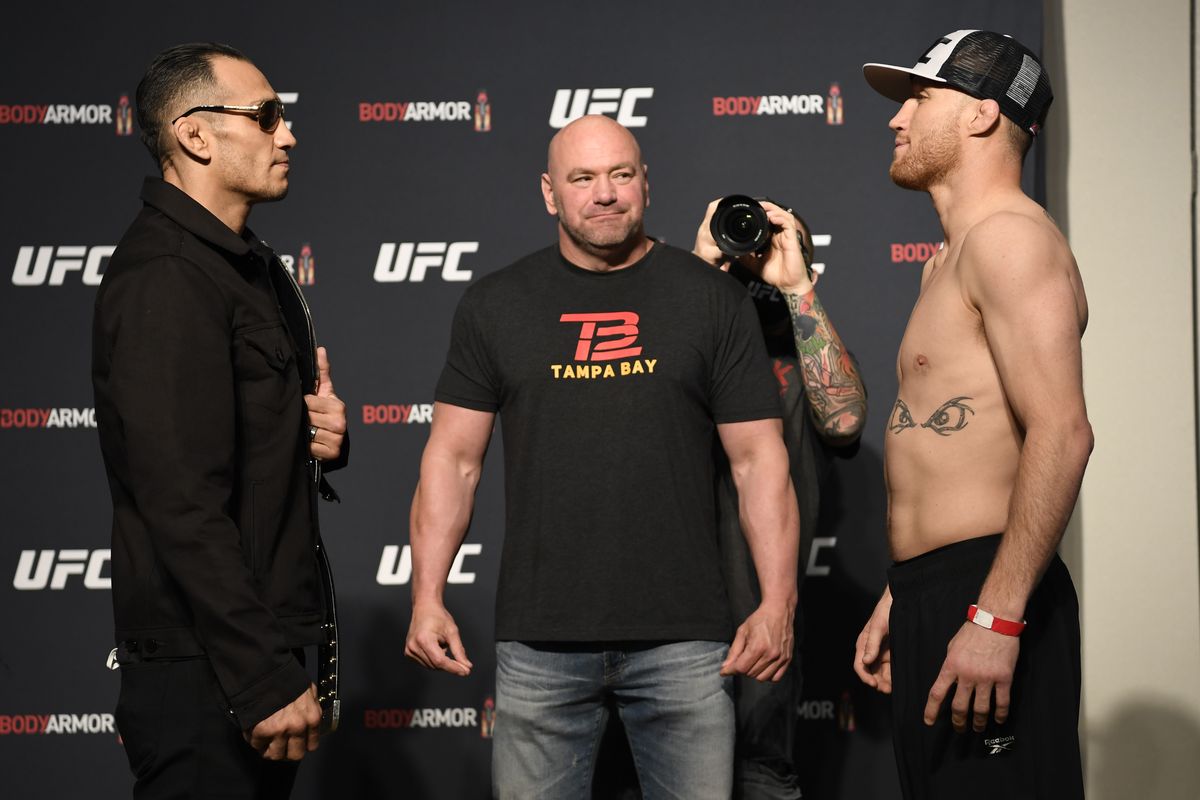 In a world where people are so desperate for a source of entertainment, the UFC delivered an extraordinary event showcasing some of the globe’s greatest athletes.

Friday’s news of Jacare Souza testing positive for the coronavirus could have easily derailed the UFC’s comeback. Luckily for us fans, the show carried on.

It’s a little odd being able to hear the fighters breathing and the coaches directions, but think of it like a glorified match in The Ultimate FIghter or Dana White’s Contender Series. The event’s commentators (Joe Rogan, Daniel Cormier, and Jon Anik) adapted to the unusual settings and gave great insight throughout the night.

Cormier and Rogan were spewing so much insight that Greg Hardy had this to say in the post-fight interview with Joe Rogan after his victory.

“Thank God for not having the crowd…shout out to DC, I heard him tell me I had to figure out how to check it (leg kicks)… game changer,” he said.

Not having a crowd may have actually gotten Greg Hardy the victory last night, which is pretty wild to think about.

As for the card that everyone clamored was so “stacked” with great fights, well it lived up to the hype. Justin Gaethje showcased elite boxing and endurance; while also proving that he will be Khabib’s toughest test to date. Meanwhile, no one knows if Henry Cejudo’s “retirement” is real or just a negotiation tactic, but we do know that whether he hangs the gloves up or not, “Triple C” is the most decorated combat fighter ever.

Francis Ngannou’s next fight has to be a title shot. His last four fights have lasted a combined two minutes and forty-two seconds. You could hear it in Cormier’s voice last night that even he’d be hesitant to fight him. If Stipe Miocic doesn’t defend his belt soon, he will be stripped and Ngannou will fight for the heavyweight strap.

Calvin Kattar landed two vicious elbows in his knockout of Jeremy Stephens that would make anyone cringe. Kattar did a great job of withstanding Stephen’s early flurries while also getting his timing down. He closed the distance with a picture perfect elbow that dropped Stephens, which was followed by another elbow that busted Stephens’ forehead open. Kattar is a top 10 featherweight mainstay.

UFC 249 was an overwhelming success and as a fan of the sport, I am thankful of the dedication and persistence demonstrated by Dana White and the rest of the UFC.

Quarterback Controversy in Dallas?
What to Make of Henry Cejudo’s “Retirement”