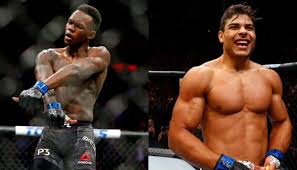 Back Sports Page’s MMA staff is back for another week of picks. This time, for the highly-anticipated UFC 253: Adesanya vs Costa.

Myself and Alexis Rodriguez are taking our best guesses in the two marquee title fights, along with a couple others. Who will retain their zero in the middleweight showdown? Who will become the new face of the light-heavyweight division?

We find out Saturday. Here we go.

Alexis Rodriguez: Stylistically and technically, Adesanya is the superior fighter. His movements, footwork, angles, timing, and precision are reminiscent of a prime Anderson Silva.

However, the fight game is more than all of that. Intangibles are almost as important as physical attributes if applied correctly. Costa brings the intangibles and destruction-like power. He bulldozes opponents into complete submission. His pressure is at the very top, and his fundamentals are sound. He’s also a grappling protégé which may come in handy for this fight.

On the flip side, the champ’s takedown defense is top-notch from what he has shown. He is an excellent counter-striker as well; Whittaker, Gastelum, and Brunson can attest to that.

The common denominator between these two is Yoel Romero, but it’s hard to calibrate this fight based on each other’s performances versus the Cuban olympian.

In the end, styles make fights. Adesanya will be able to weather the storm as he has proven to have a great chin, conditioning, and wherewithal.

Ryan Truland: An undefeated champ versus an undefeated challenger is not something that happens frequently in the UFC. Add Israel Adesanya’s star-power and fight style against Paulo Costa’s super-human physique and steamroll style, and you’ve got yourself a fight for the history books.

Not to mention the disdain these two have for one another.

The biggest question for Adesanya is whether or not he can withstand Costa’s power. Otherwise he has the advantage in every other aspect; do not underestimate his offensive grappling. Meanwhile, Costa has a few questions heading into this one. How has the weight cut affected him? Can he go five rounds? Can he strike with someone as technical and fast as Izzy?

There’s nothing groundbreaking with what I’m about to say, but I see Adesanya keeping control of the distance for the majority of the bout and having incredible success countering as he circles out from the forward-moving Costa. I think he finishes the withered Costa in the championship rounds.

Alexis Rodriguez: For the first time in almost 10 years, there will be a light-heavyweight champion not named Jon Jones or Daniel Cormier. It is fitting that one of them will either be Reyes, the man who nearly ended Jones’s reign, and Blachowicz, a fighter who’s been in there with everyone and has worked his way to the top.

Reyes’ athleticism to go with his well-roundedness make him the favorite. However, Blachowicz has extreme power to go along with great timing and an underrated ground game. Both are also adept at fighting backwards while still carrying power.

Reyes will look to establish his counters by baiting Blachowicz. Meanwhile, Blachowicz could attempt to grapple while applying some forward pressure.

Reyes will do enough to pull out a decision. He could stop Blachowicz, but I think both will respect each other’s power too much.

Ryan Truland: Take out Jon Jones, insert Dominick Reyes and Jan Blachowicz. Honestly, the light-heavyweight is still in a good state despite the departure of Jones.

Reyes and Blachowicz both deserved shots at the belt and they got it. Reyes stamped his worth by quite possibly beating Jon Jones back in February. Blachowicz proved worthy of a title shot after knocking the brakes off of Luke Rockhold and Corey Anderson.

Reyes is a sniper with his left hand, while Blachowicz is a body-snatcher with his right. I believe there will be a considerable feeling out process early on, but come middle of the second round I expect these two to throw down.

Each guy will have their moments throughout and I expect it to be a fun watch, but I also think it to go to the judges.

Alexis Rodriguez: This one is another classic striker versus grappler match-up with Kara-France being the superior striker and Royval being the supposed better wrestler.

Royval is coming off a big win over Tim Elliott which brings him some momentum. However, Kara-France recently rebounded with a victory over Tyson Nam after falling to top contender Brandon Moreno.

Kara-France should pull out the victory here with his striking, by utilizing the trademark City Kickboxing style. He’ll be able to use his superior movement and technique to out-point Royval.

Ryan Truland: In just his second UFC fight, Brandon Royval will face Kai Kara-France, who is ranked seventh at flyweight. It’s a big step up, but I think this will be a good fight.

Kara-France trains at City Boxing in New Zealand; a gym that includes many top fighters. The New Zealander is just entering his prime and has already faced quality UFC competition, which will help him in this bout.

Royval will be the noticeably taller man in there Saturday, and if he gets it to the mat he might be able to keep it there. City Kickboxing teaches grappling though; especially grappling defense.

Tough call here for me, but I’ll take the experience.

Alexis Rodriguez: This is an opportunity for one of these fighters to jump into the rankings with a victory. Tukhugov is the superior wrestler and will look to get this fight to the ground.

Dawodu is a high octane, power puncher with a chip on his shoulder. It’s an even fight with oddsmakers slightly going with Tukhugov. However, Dawodu’s energy will be too much in the initial phase of the fight and he will overwhelm Tukhugov.

Ryan Truland: ‘Mean’ Hakeem is a little slept on in my opinion; especially if he demonstrates improved grappling against Tukhugov. His opponent is a Russian assassin with an extensive pro resume.

I expect Tukhugov to get this fight to the ground at some point, and we will see if Dawodu can get back to his feet. If he can, or if he can manage to keep it on the feet, I think he’ll find a highlight finish.