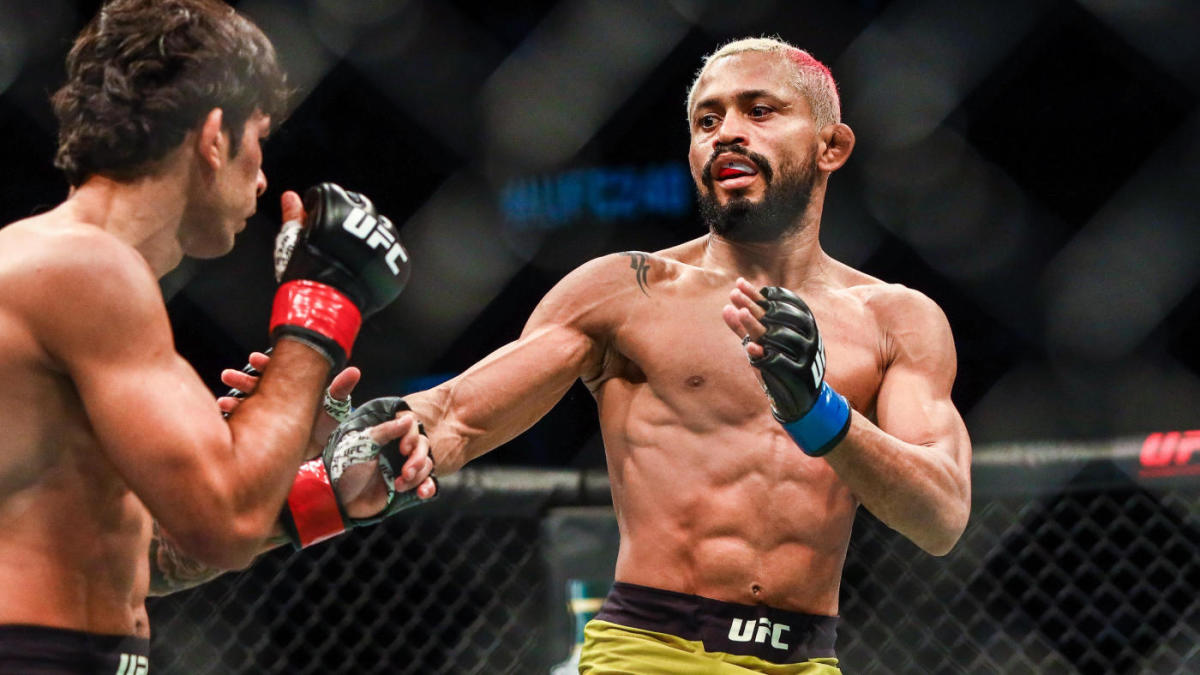 It wasn’t that long ago that the men’s UFC flyweight division was in danger of fizzling out. Now, it takes center stage at UFC 255. Deiveson Figueiredo–Alex Perez marks the first time since Demetrious Johnson–John Dodson 2 (Sept. 2015) that two men’s flyweights will headline a UFC PPV event.

Valentina Shevchenko’s women’s flyweight belt will be on the line in UFC 255’s co-main event. The flyweight queen awaits a determined challenger in Jennifer Maia. ‘The Bullet’ is unbeaten at 125lbs and she’s made it look easy on nearly each occasion.

Maia is an all-around quality fighter, who was once the Invicta FC women’s flyweight champion. The champ has been searching for a test and I think she found one in Jennifer Maia. Can Maia shock the world and hand Shevchenko her first loss since 2017? Oddsmakers have ‘The Bullet’ as a huge favorite (-1480).

The next challenger for the women’s flyweight belt might be competing at UFC 255 as well. Katlyn Chookagian (2) takes on Cynthia Calvillo (4) in what’s essentially a contender-eliminator bout. If Calvillo prevails, she can make a strong case to fight for gold next. On the other hand, Chookagian needs a couple more wins before she earns another opportunity.

Calvillo made a big statement by dominating Jessica Eye for five rounds in her first five round contest. It marked the 33 year old’s fifth win over a woman currently ranked in the UFC.

Meanwhile, Chookagian is fighting for the fourth time this year. She’s encountered a couple setbacks in 2020, but beating Calvillo will give her momentum heading into next year. Figure two more wins and Chookagian could find herself challenging for the belt once again.

When was the last time a top contender fight took place on the prelims? Probably never. Well that’s the case here with Brandon Moreno vs Brandon Royval.

It’s not because this card is stacked either. It’s another reminder that the flyweight division doesn’t receive the respect it deserves. This is main card fight in every sense of the word.

Moreno will await the winner of UFC 255’s main event if he defeats Royval. Meanwhile, despite only being ranked six, don’t be surprised if Royval receives a title shot with a win over Moreno.

The only guy who could muddy that scenario is Cody Garbrandt. ‘No Love’ claims he was promised a title fight upon returning from injury.

Moreno–Royval presents two of the most dynamic flyweights on the UFC roster. Both men have several submissions on their records. Moreover, both are more than willing to trade on the feet. Both are brimming with confidence, which should lead to a good scrap.

The first time siblings competed on the same UFC card was 2010, when Joe and Dan Lauzon both competed at UFC 108. It’s happened again since, but it’s still worth noting that it will occur at UFC 255 with the Shevchenko sisters.

Antonina Shevchenko fights Ariane Lipski in a women’s flyweight bout this Saturday. The OLDER of the two Shevchenko’s is still searching to find her stride in the UFC. Her fight against Lipski will be a turning point in her career.

A loss, and she’ll be unranked, loser of three of her last four. A win however, and she’ll find herself on the fringe of the top-10.

Her opponent has plans of stealing her ranking though. Ariane Lipski seems to have found her groove inside the UFC. Winner of her last two, the ‘Queen of Violence’ might be a poor match-up for Shevchenko.

Four can’t miss flyweight fights are set for UFC 255; two men’s, two women’s. Tomorrow I will take a deeper look at the main event between Deiveson Figueiredo and Alex Perez.