UFC 256 — A Perfect Ending to an Imperfect Year 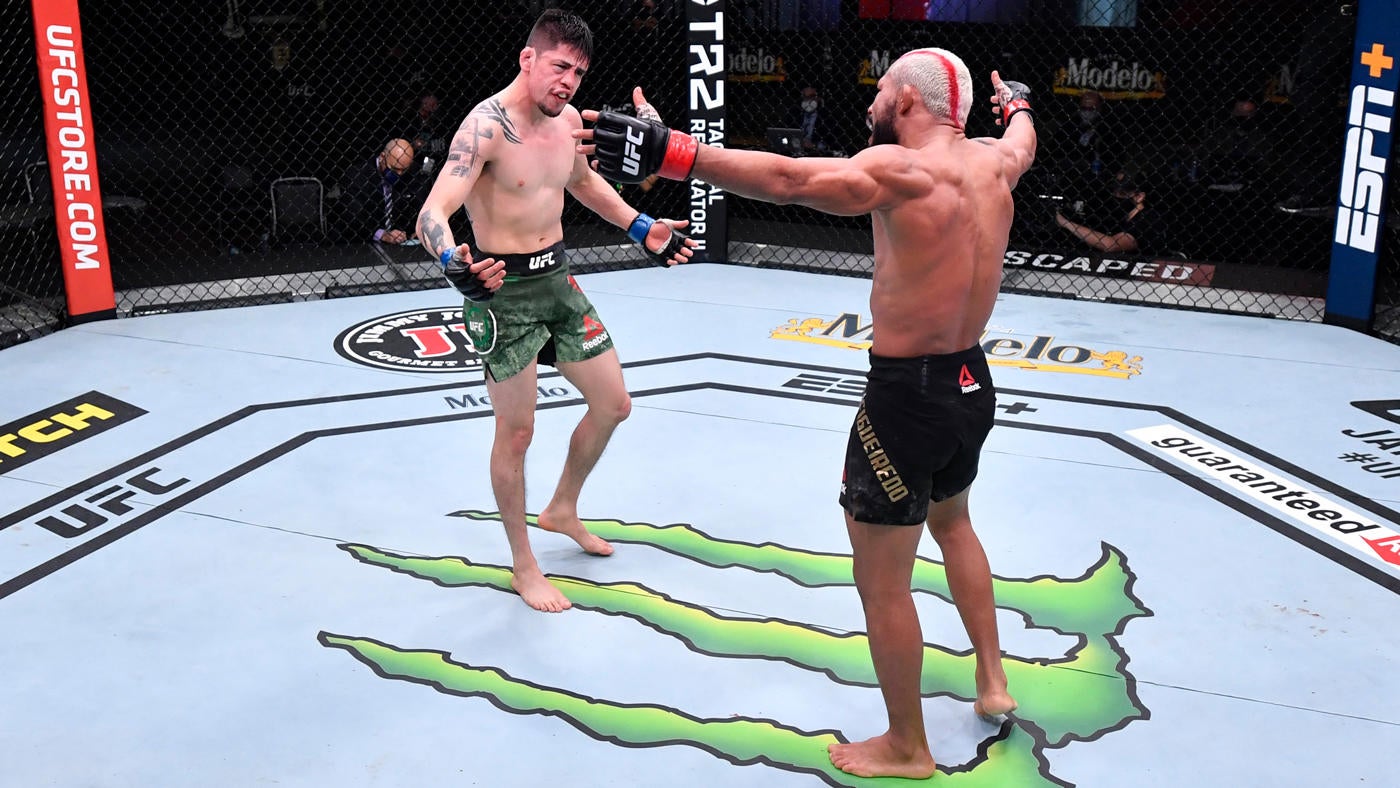 Over the course of an evening, UFC 256 managed to encapsulate many of the central themes seen throughout 2020. It was truly a perfect ending to a very imperfect year.

Deiveson Figueiredo and Brandon Moreno delivered a main event that surpassed even the highest of expectations — young blood continued to shine as Gavin Tucker, Rafael Fiziev, Ciryl Gane and Kevin Holland proved they’re here to not only stay, but contend — and we even discovered that, what is now widely considered to be the best flyweight bout ever, nearly got scratched last-minute.

After UFC 256 concluded, we gained knowledge that Deiveson Figueiredo was in the hospital on the eve of his title defense until 2:00 AM. Thankfully, the flyweight champ felt well enough to compete — for a full 25 minutes at that. 2020’s final PPV headliner nearly being canceled last minute would’ve been fitting. Lucky for us, the show went on.

‘Deus da Guerra’ and ‘The Assassin Baby’ dug their heels in and set an unbelievable pace. Both warriors landed over 130 significant strikes. It’s no secret that many were tentative to give Brandon Moreno a real shot at dethroning Figueiredo, but he proved every one of those people wrong. Not only did he withstand and survive the champ’s expected onslaught — the Mexican native nearly finished the champ on several occasions.

Figueiredo was open with his criticisms and lack of respect for Moreno’s abilities. It’s probably fair to say the Brazilian bulldozer didn’t expect to go into the championship rounds with the challenger. Impressively, both men had enough gas to continue a frenetic pace into the final minutes. Needless to say, Figueiredo will possess an ample amount of respect for Moreno when they run it back.

They will run it back right away. Well, after both guys take some months off to recover after competing twice in three weeks. Sorry Cody (Garbrandt), sorry Henry (Cejudo), but you guys can get in line — an immediate rematch is in order. Figure June or July.

All year long, especially post-return from the two month COVID break, rising prospects have had a ton of success. That narrative remained true at UFC 256. We had three undeniable prospect vs veteran match ups over the weekend. The rising stars swept that vets, and they made it look pretty easy in doing so. It’s time to stop calling these men “prospects” and time to start calling them “mainstays”.

The first of three said match ups was Rafael Fiziev vs Renato Moicano. The latter was once considered a future contender at featherweight before falling short and moving up to 155lbs. Meanwhile, the former is quickly becoming one of the most feared strikers in the sport. Fiziev made an enormous statement with his performance — which concluded with a picture-perfect three piece combination knockout. After merely four fights in the UFC, the 27 year old from Kyrgyzstan is ready for a top-15 opponent. Would anyone complain if he faces Gregor Gillespie next time out?

The second of three prospect-veteran match ups was Junior dos Santos vs Ciryl Gane. The chiseled Frenchman remained unbeaten after showcasing his diverse arsenal against a former champion. ‘Bon Gamin’ is the most fascinating prospect in the heavyweight division — posing as a match up nightmare for many of the contenders. Gane is threatening both on the feet and the ground. He may have retired JDS from the UFC by dismantling him the way he did. Match Gane up with Jairzinho Rozenstruik next.

The third, and perhaps most impressive prospect performance, came at the hands of Kevin Holland. ‘The Trailblazer’ is a star — an unconventional one at that. He has that “it” factor.

He’s breaking records, recording highlights, and earning 50k like it’s nothing. Holland was the first person to finish Jacare Souza since Robert Whittaker did so in 2017. Yes, Souza is north of 40 and clearly not the same talent he used to be. Yet, it’s the way in which Holland handled himself on the ground against a 4th degree BJJ black belt and how he carried enough power to flatline Souza from his rear. If Holland somehow fights Khamzat Chimaev next week I’ll absolutely lose my mind as a fight fan. Just make that fight happen at some point please.

After speaking to many young fighters who have made their UFC debut’s this year — it’s no secret that not having an audience helps these young athletes better-handle these pressure situations. I didn’t even mention Gavin Tucker — who handed Billy Quarantillo his first loss in nine tries.

2020 was a year we’ll all be quick to forget, but as far as the UFC is concerned, it’s a year in which us fans will remember forever. As the year’s final PPV event, UFC 256 served as a perfect ending to a very imperfect year.

NY Giants Vs Arizona Cardinals Live Coverage
Will Dallas Mavericks’ Rookies Have What it Takes?