UFC 256 — Everything You Need to Know 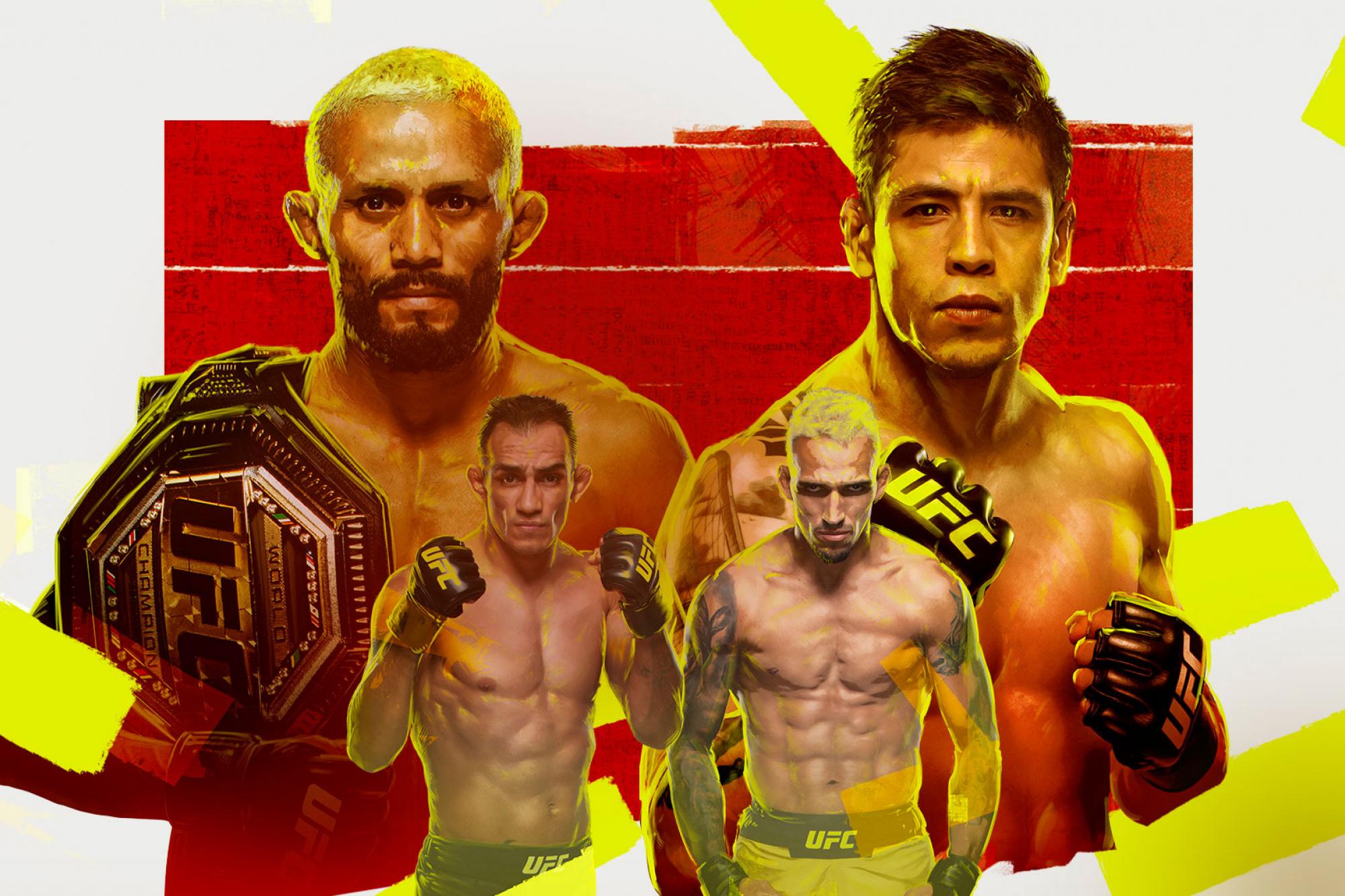 The final UFC PPV event of 2020 is just a few days away. While it isn’t the conventional star-studded year ending PPV, UFC 256 is sure to be action-packed.

UFC 256 has gone through more alterations than just about any other card this year—and that’s saying something considering the many changes to cards as result of COVID-19.

Here’s everything you need to know for UFC 256:

What It Was to What It Is Now

Lets not forget that the UFC was originally targeting Usman-Burns to headline UFC 256. The welterweight champ later confirmed the bout would have to be pushed to a later date due to lingering injuries. Then, the UFC sought to have Nunes-Anderson serve as headliner. ‘The Lioness’ pulled out due to undisclosed injuries however.

Figueiredo-Moreno wasn’t even the promotion’s third choice. Yan-Sterling was bumped up to the main event following the aforementioned cancellations. Unfortunately, Yan pulled out for visa/travel issues.

Just hours after both Deiveson Figueiredo and Brandon Moreno scored finishes at UFC 255, it was confirmed that they would officially headline UFC 256.

Oh and just in case something squirrelly happens in the next few days—UFC newcomer and former RIZIN champ Manel Kape is penciled in as a replacement.

It sucks that we even have to bring COVID-19 up, but we do because it’s a reality. UFC 256 has been heavily affected by the virus. Most notably, Kevin Holland stepping in to fight Jacare Souza. He and Marvin Vettori swapped opponents after Holland was forced out of his main event bout due to testing positive.

Next up is Renato Moicano vs Rafael Fiziev. This fight was scheduled to take place two weeks ago, but the former tested positive forcing the rescheduling. Billy Quarantillo and Gavin Tucker were supposed to fight back in April, but it was scratched because of the pandemic.

Last week, new broke that Angela Hill had tested positive—forcing her put of her rematch with Tecia Torres. UFC newcomer Sam Hughes will now step in to face Torres.

Two other fights were affected as well. Karl Roberson-Dalcha Lungiambula has been pushed back to the Dec. 19th card. Meanwhile, Dwight Grant-Li Jingliang has been called off with a new date TBD.

Current flyweight champ Deiveson Figueiredo will shatter the record for fastest turnaround between title defenses when he steps in the octagon this weekend. It will have been just 21 days since Figueiredo defeated Alex Perez at UFC 255.

On top of that, Figueiredo will join UFC Hall of Famer Tito Ortiz as the only two fighters to headline back-to-back UFC PPV events in consecutive months. *Note that’s since rules were unified in 2000*

The stars aligned perfectly for ‘Duess Da Guerra’ and to his credit he took advantage of the opportunity in front of him. He’s quickly turning into must-watch television.

Oliveira Gets the Big-Time Opponent He Deserves

Charles Oliveira is one of the most underappreciated, underrated, and most avoided fighters in the entire promotion. ‘Do Bronx’ is the owner of a seven fight win streak—each win came via finish (5 subs/2 TKO’s).

He’s yet to face a top five opponent, but most believe that he’s up to the challenge. A fight with someone as highly-touted as Tony Ferguson is something that Oliveira has deserved for awhile now.

Of course Ferguson is the more known name of the two, but don’t be surprised if Oliveira gives him a heck of a fight, or even beats him. I think a lot of hardcore fans are very pleased to see Charles Oliveira get the recognition he deserves.

Veteran versus prospect match ups have been frequent lately. That trend continues this weekend at UFC 256. Starting with Ciryl Gane taking on Junior dos Santos. The former is facing his first ranked UFC opponent—who happens to be a former champion. JDS owns a UFC experience advantage of 22:3 over Gane heading into this one.

Holland-Souza was mentioned earlier, but it deserves more attention. ‘The Trailblazer’, while having some UFC experience, is still far less experienced than the longtime Strikeforce/UFC veteran Souza.

Then you have Renato Moicano—who has roughly double the UFC experience than his opponent Rafael Fiziev. Meanwhile, fan favorite Cub Swanson is set to face Daniel Pineda—who will be making just his second UFC appearance.

Torres-Hughes and Spivak-Vanderaa follow similar narratives. Prospects have had quite a bit of success this year against veterans. A large reason for that is the lack of crowd, which therefore creates a less pressure-filled environment.

UFC 256 is set to go down this weekend! There are many interesting storylines to follow throughout the event. Make sure to follow my work this week for everything UFC 256.