UFC 257 — Everything You Need to Know 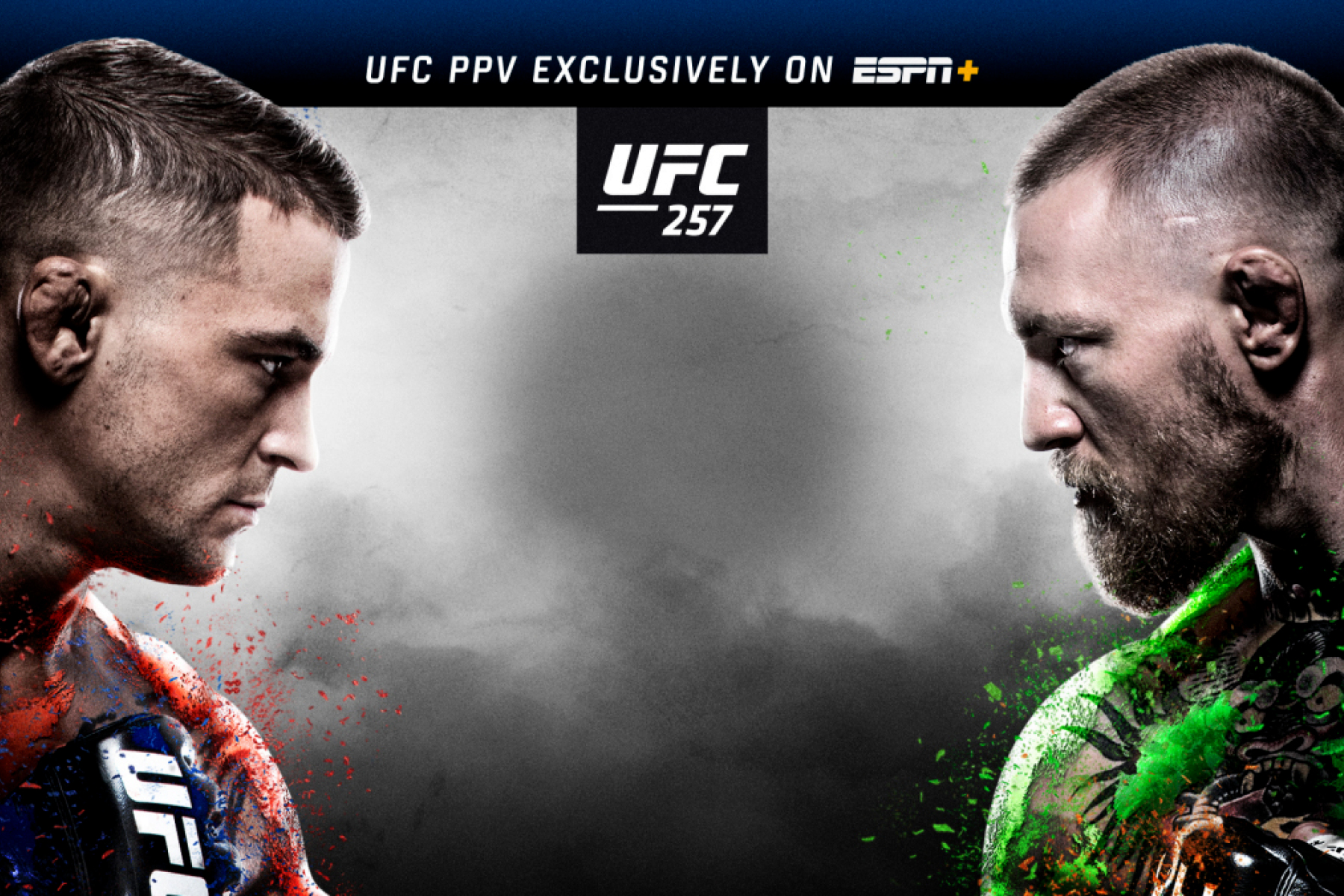 The highly anticipated UFC 257: Poirier vs McGregor is just days away. Its headliner is a rematch seven years in the making, with its co-main featuring a hyped newcomer taking on a violent striker. Buckle up everyone.

‘The Notorious’ Conor McGregor promises “a masterpiece” at UFC 257, but lightweight contending mainstay Dustin Poirier is planning on ruining the superstar’s plans. Meanwhile, Dan Hooker believes he is a bad stylistic match up for Michael Chandler – the former Bellator lightweight champ.

Here’s everything you need to know for UFC 257: Poirier vs McGregor:

Throw the First Fight Out the Window

Yes it happened, and yes Conor McGregor made quick work of Dustin Poirier the first time around. Yet, expecting a similar result and banking on McGregor cashing in on his prediction – “I’ll knock Dustin out inside 60 seconds” – would be a massive underestimate of 2021’s ‘The Diamond’ Poirier.

The first fight was nearly seven years ago – essentially an eternity in this sport. The Dustin Poirier that we’ve seen since 2017 is an entirely different animal. He’s been on a tear, owning victories over Anthony Pettis, Justin Gaethje, Eddie Alvarez, Max Holloway, and Dan Hooker – and only losing to the unbeaten Khabib. The Louisiana native is one of the crispest boxers in the sport, and he’s become extremely durable over the past three years. Finishing him on the feet is a tall order.

Like is the case with Poirier, it’d be foolish to believe this is the same Conor McGregor that we saw in 2014. Obviously, that is far from the reality. Dana White assures this is a different Conor than who we saw fight Khabib, and I believe him. Not even necessarily physically – although that may be the case as well – but he appears more disciplined and matured between the ears. That’s a scary proposition for anyone across the cage from him.

All in all, what I’m basically saying is we’re in for a much more competitive fight this time around. That’s what we’re all hoping for and that’s what we shall receive.

A Mix of Styles in the Co-Main Event

Michael Chandler is an aggressive offensive wrestler, earning Division I All-American honors his senior year at the University of Missouri. Meanwhile, his first UFC opponent Dan Hooker is a rangy and violent striker, effective in utilizing the “art of eight limbs”.

“I bet if he (chandler) could’ve picked anyone else it wouldn’t have been me,” Hooker said in the pre-fight presser. “I’m a long, tall guy and my game’s built around defending wrestlers. The only reason I’m here is because everyone ahead of me turned the fight down.”

UFC newcomer Michael Chandler has been awaiting this moment his whole life – the opportunity to compete with the best in the world. Calling him a wrestler would be a misjudgment of his abilities. This isn’t another Ben Askren. Chandler has power in his hands, awarding him the capability of finishing opponents on the feet.

These two are going to meet in the middle. Blood will be shed along the way as both are fully aware of the high-stakes at place.

Clearly, the ultimate wild card in this picture is Khabib Nurmagomedov. You can bet your ass that if McGregor defeats Poirier, both him and Dana will do everything in their power to coax Khabib back for one more fight. McGregor-Khabib II is still the biggest fight the promotion could make right now; just edging out Adesanya-Jones.

Things will play out differently if Poirier gets his hand raised this weekend though. Of course, Poirier will demand a title shot – and he’ll likely receive it. However, I’m expecting things to get a bit fuzzy. Poirier will really have to deliver a big-time moment to garner enough of Khabib’s attention. That still might not be enough.

Charles Oliveira, Justin Gaethje, and the victor of UFC 257’s co-main event could all have say in how the immediate lightweight title picture plays out.

The odds of Khabib returning increase mightily with a Conor McGregor win this weekend.

A Fine Trio of Women’s Bouts

Aside from the two featured lightweight bouts atop the card, the rest of the event revolves around a few women’s fights with heavy implications.

First and for most is Amanda Ribas vs Marina Rodriguez. Ribas has already displayed some “star” qualities, to go along with her impressive wins over Mackenzie Dern, Randa Markos, and Paige VanZant. Meanwhile, her foe Marina Rodriguez is eager to earn a staple victory after having only fought once last year.

Just before we see Hooker and Chandler we’ll be treated to a top-10 women’s flyweight bout – as Jessica Eye faces Joanne Calderwood. At this point, Calderwood is a UFC vet in search of a consistent win streak – going (5-5) since competing on The Ultimate Fighter. Jessica Eye is in the midst of her second roughest stretch since entering the UFC in 2013, but she’s owns wins over Katlyn Chookagian and Viviane Araujo. These ladies should deliver an entertaining scrap.

Lastly, or should I say firstly because we’ll it’s on the prelims, is Julianna Pena vs Sara McMann. The latter has been around long enough to have fought and lost to Ronda Rousey, Miesha Tate, and Amanda Nunes. The Venezuelan Pena is also a former title-challenger who’s looking to climb bac up the ranks. Both women desperately need this win.

Only two more sleeps until UFC 257! The first PPV of the year promises to be a banger.

Sexton’s Career-High 42 Too Much For Nets
Is Patrick Mahomes Ready?