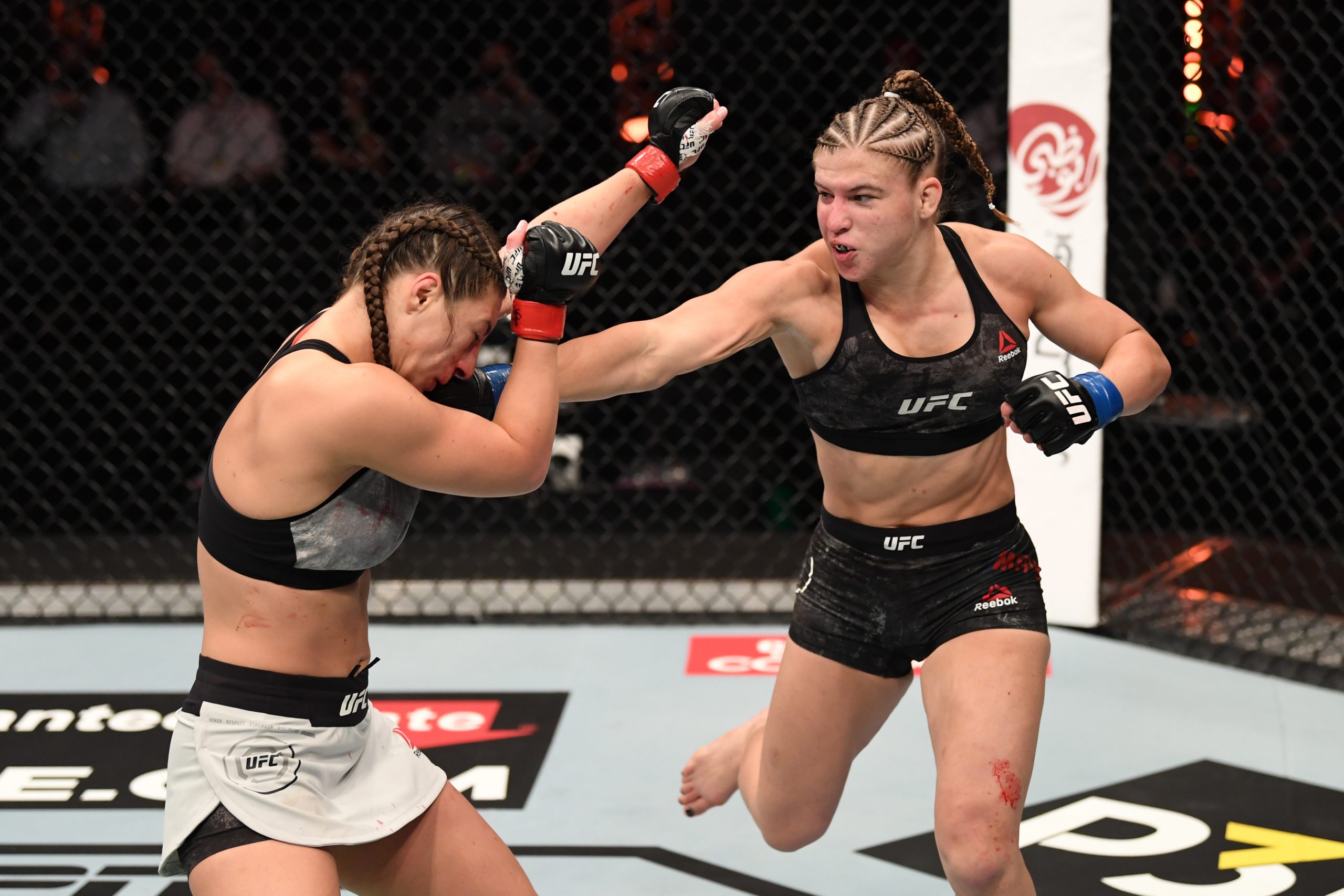 UFC flyweight Miranda Maverick made a statement in her UFC debut last October. At just 23 years old, the rising star has a lot of hype behind her and she’s planning on living up to all of it. Maverick faces Gillian Robertson at UFC 258.

After showcasing her skills at Invicta FC for roughly three years, Maverick felt ready to take her talents to the main stage – the UFC. In her debut versus Liana Jojua, she produced a beautiful display of Muay Thai. The exclamation point – a devastating rear elbow – which effectively ended the bout due to a doctor’s stoppage.

Surprisingly, she was not rewarded with a Performance of the Night bonus. Although, she left no doubt in whether or not she was ready for the UFC. Importantly, Maverick doesn’t feel any added pressure in recreating and/or topping her fantastic debut.

“I’m going in there to be the best version of myself,” she affirmed. “All the hype surrounding me adds a little pressure, but I handle myself really well under that kind of pressure. I’m not just going with it, like ‘yeah I’m one of the best in the flyweight division’ – I plan on living up to the hype by going in there and having a good performance.”

At UFC 258, Miranda Maverick takes on eight fight UFC veteran Gillian Robertson. ‘Fear The’ Maverick is feeling confident heading into this match up.

As far as Robertson’s high-level ground game, Maverick feels like she’s more than equipped to handle it, and then some.

“In addition to that, she has great ground game as everyone talks about, but I feel my striking is much better than hers and I think my ground game is comparable.”

Best Version of Herself to Date

As you can see above, we are in for a treat. At UFC 258, Miranda Maverick will present the best version of herself to those watching. What exactly does that entail?

“I feel like I’m physically more prepared and healthier than I’ve ever been,” Maverick explained. “My weight cut went really well last time and this time we’re following suit so I’m really happy with that. Also, my speed and technique has gotten better, and I’ve had more personal work with my coaches than ever before due to COVID restrictions. More training partners have stepped in this fight camp as well.”

Beating Gillian Robertson at UFC 258 will put her in prime position to crack the rankings at some point this year. I asked Miranda what a perfect 2021 looks like in her eye’s.

“I wanna have three fights by the end of the year. Four would be great, but we’ll see how school works with that as well. After three or four fights, I wanna be in the top-10 to top-5 rankings by that point if I can, but I’m OK with taking my time up the rankings. I’m not in my prime yet and I wanna be in my prime for when I fight for the title.”

Many MMA analysts and writers peg Miranda Maverick as a future contender. She’s takes her next step in making that dream a reality at UFC 258. Make sure to tune in to the early prelims this weekend at 6:15PM (ET) on UFC Fight Pass.