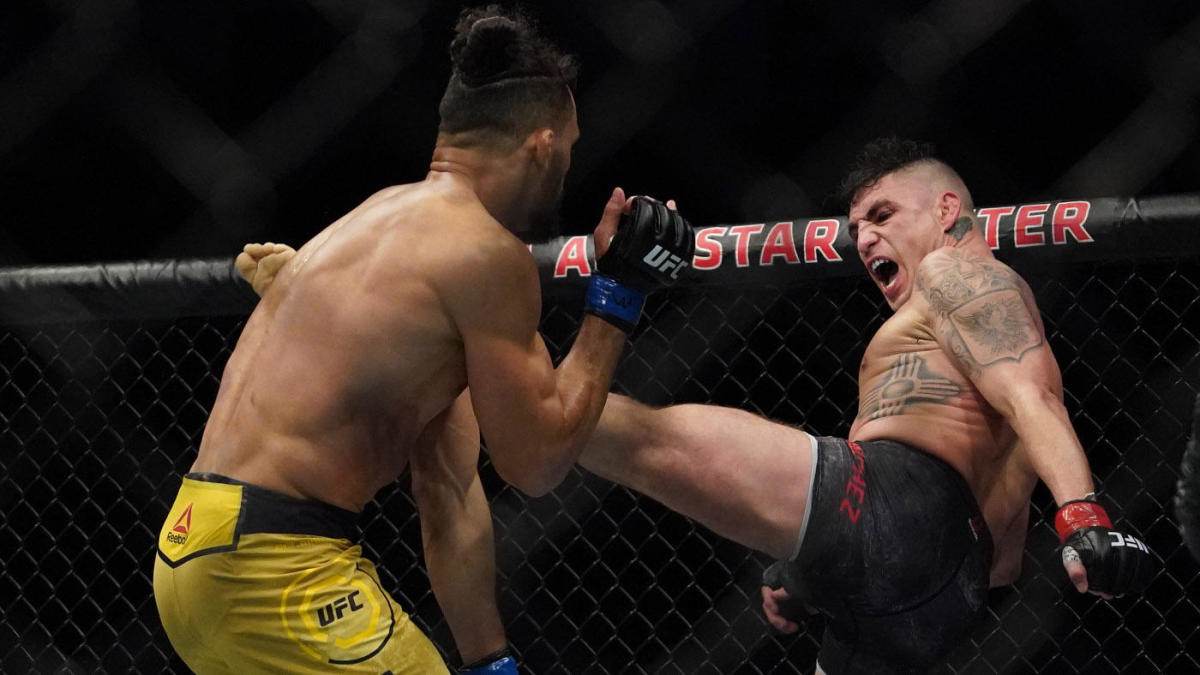 Last night at UFC Fight Night 167 in Rio Rancho, New Mexico, Jan Blachowicz made himself a top contender by knocking out the red-hot Corey Anderson in the very first round. Blachowicz now joins Dominick Reyes as the most viable options to challenge Jon Jones for the light-heavyweight belt.

Immediately following his victory, Blachowicz turned to Jones, who was in attendance, and called for his shot at the title.

In an interview with Laura Sanko following the event, Jones acknowledged the possibility of Blachowicz now being his next challenger. When asked if he thinks Blachowicz will be his next opponent, Jones stated “I could totally see the UFC matching us up with each other.”

By displaying his Polish power yet again last night, Jan Blachowicz has presented a dilemma for President Dana White. Is an immediate rematch between Jones and Reyes in order, or should it be put on hold for a new challenger by the name of Jan Blachowicz.

Dominick Reyes earned a rematch with Jones after nearly beating him two weeks ago; yet that does not mean it has to happen right away. Reyes is only 30 years old and he has solidified himself as a championship contender within the division.

Jones v. Blachowicz is the fight to make, and it should be made soon. Jones claimed last night that he is fully healed and ready to go, while Jan hardly took damage in his win last night.

This fight could happen as early as June, which would allow for the winner to defend it against Reyes at the end of 2020.