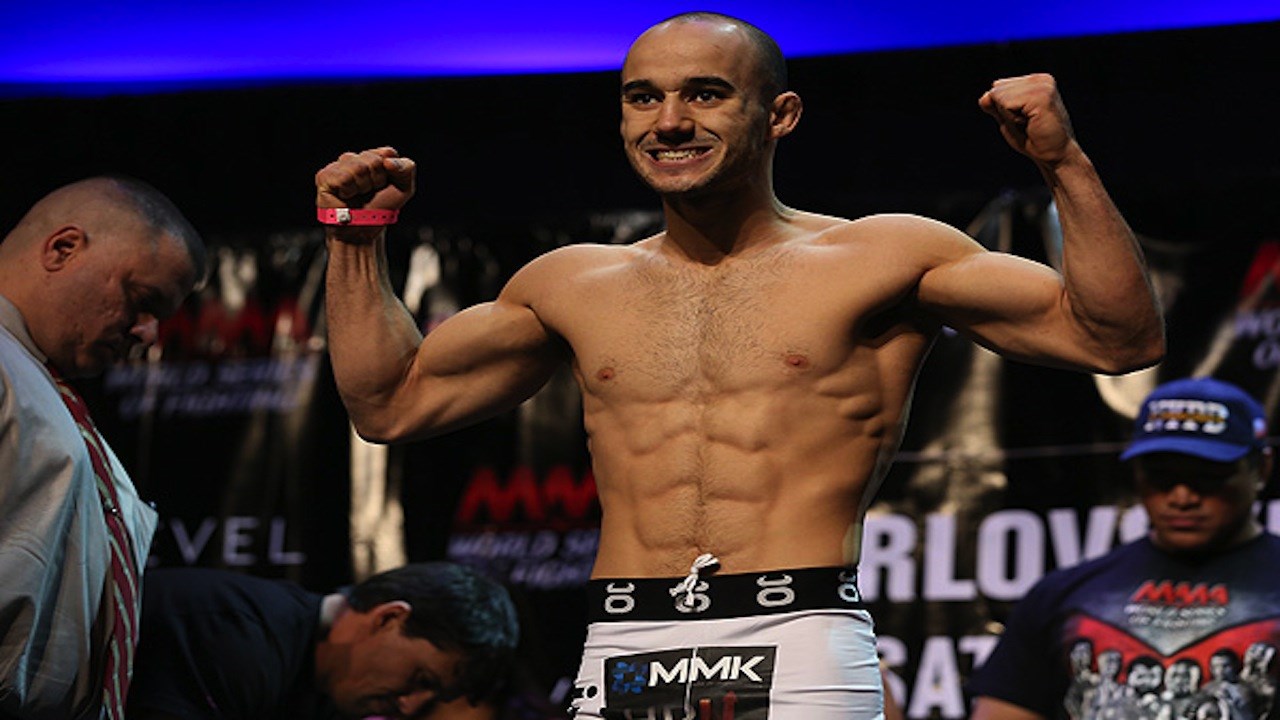 Back Sports Page’s MMA team returns for another edition of staff picks. UFC on ESPN+ 37 features a bantamweight bout that may determine the division’s top contender.

Myself and Alexis Rodriguez take our shot’s at predicting the match-up of contenders Marlon Moraes versus Cory Sandhagen, the always dangerous Edson Barboza as he takes on Makwan Amirkhani, and a few others.

Alexis Rodriguez: Another amazing fight for the bantamweight division. Cory Sandhagen may be coming off a loss, but it was against the undisputed number one contender. Moraes officially won against Jose Aldo in his last outing, but the controversial decision led to Aldo receiving a title shot over him.

Now, Moraes has a chance to stamp himself as next in line against against an unorthodox opponent in Sandhagen. Moraes’ explosive striking makes him the most dangerous knockout artist in the division. His ground game is good, but Sandhagen has shown great scrambling ability in previous bouts.

Sandhagen has great ground and pound also, which may be key in this match-up.

This fight’s going to be a chess match as both will highly respect the other’s abilities. It feels like an even match-up in nearly every facet; the ultimate factor will be the gas tank of both men.

Sandhagen goes at a consistent pace, while Moraes tends to slow down after a few rounds. That will be the difference.

Ryan Truland: My colleague made a great point in pointing out cardio as a key difference maker in this one. If you look back at Moraes’ fight versus Henry Cejudo, he took a sizeable step back in terms of output after round one.

The problem for Sandhagen will be the explosiveness, speed, and power from Moraes early on. If Moraes paces himself it will benefit him greatly. Sandhagen has never had the opportunity compete for five rounds before, but my guess is he can if forced.

I think Sandhagen will be very difficult to finish on the feet, but I can’t envision him knocking Moraes out either. This one has decision written all over it.

The only question then is who will have more success over 25 minutes? I think Sandhagen out-points ‘Magic’ in a back and forth affair where both men have their moments. I see Sandhagen having more output over the duration.

Alexis Rodriguez: This is a protypical striker versus wrestler match. Barboza is on a downwards turn as he is coming off two split decision losses — one being in his new division.

Amirkhani is coming off an outstanding victory at UFC 251. The Finland native is looking to capitalize on the big name he’s facing.

Barboza simply has to keep his distance and let his kicks keep Amirkhani at bay. Meanwhile, Amirkhani has to keep the pressure and be weary of Barboza’s lethal attacks.

It feels that the longer this fight goes the more it benefits Amirkhani; especially if he can keep the damage to a minimum. If Barboza can land leg kicks early he can limit Amirkhani’s ground attack.

Ryan Truland: Makwan Amirkhani is a submission threat, but he has amateur boxing experience and has mixed it up on the feet with guys like Jason Knight and Shane Burgos.

Obviously, Edson Barboza will have the advantage in the striking department like he normally does. However, I don’t think Amirkhani is going to be completely out-classed on the feet.

Barboza has improved his defensive wrestling a bit over the years, but Amirkhani will be able to get him down if he can get his hands on him.

I think fighter from Finland earns his third career submission victory in the UFC.

Alexis Rodriguez: This is an interesting match-up between two middling heavyweight contenders. Rothwell’s style is awkward, yet he brings undeniable power and experience.

His clinch work and kicks often work to his benefit. On the other hand, Tybura is more of a well-rounded fighter, but his biggest strength is his jiu-jitsu; being a black belt.

Still, Rothwell has recently shown the ability to win against the bottom of the top 10/15. He should win by decision in a possibly a rather slow-paced fight.

Ryan Truland: In the past, Tybura has struggled with the heaviest of hitters at heavyweight. He’s been finished by Derrick Lewis, Shamil Abdurakhimov, and Augusto Sakai.

That might mean bad news for him if he can’t get Rothwell to the ground. The problem is Rothwell is so massive that he is just hard to take down in general.

I think Tybura will be weary rushing in for takedowns against the power puncher, Rothwell. ‘Big Ben’ adds another win to the column before the final bell.

Alexis Rodriguez: This is a very intriguing fight. Zalal is a rangy striker who is extremely talented. He’s found success even in the midst of some trouble with the ground game.

Meanwhile, Topuria is an undefeated newcomer with a good wrestling game to go along with hard punching. This may actually be a recipe for disaster for Zalal.

Thus, I see Zalal having success on the feet, but takedowns from Topuria will lend him the decision.

Ryan Truland: There are a lot of pretty records on this week’s fight card; this being a prime example. Zalal is (3-0) since entering the UFC, with each victory coming by way of decision.

Topuria is making his promotional debut never having tasted defeat. He’s a serious problem once the fight goes to the ground and he will hunt for submissions.

I agree with my colleague that this is a tough match-up stylistically for Zalal. It wouldn’t surprise me to see Topuria come out and execute an effective game-plan of getting this fight immediately to the mat.

Alexis Rodriguez: Impa has looked good so far in his young career. He was former Contender Series alum and is still undefeated. Meanwhile, Buckley has fought once and lost to Kevin Holland.

Impa is the more active fighter, looking to make a quick wave in the middleweight division. While Buckley is the experienced power-puncher, looking to cause a mild upset.

Impa should take the fight by decision with a better work rate over three rounds.

Ryan Truland: It’s true that by most accounts, Impa is the hotter prospect of the two. This isn’t a fight to count Buckley out of though. The former Bellator product is motivated to redeem himself following the loss to Holland.

Impa has looked impressive since his Contender Series debut in 2019. The Gym-O member has worked hard over the past few years to get to where he’s at today.

This is a must-watch prelim between two motivated, comparable talents.

UFC on ESPN+ 37: Moraes vs Sandhagen is set for this Saturday! Check out the prelims at 6pm (ET) and of the course the main card at 8pm (ET), both on ESPN+.

Meet Kateel: An Up and Coming Artist, and Potential NBA Player
Ross Forman Leaves His Footprint In The Wrestling Industry