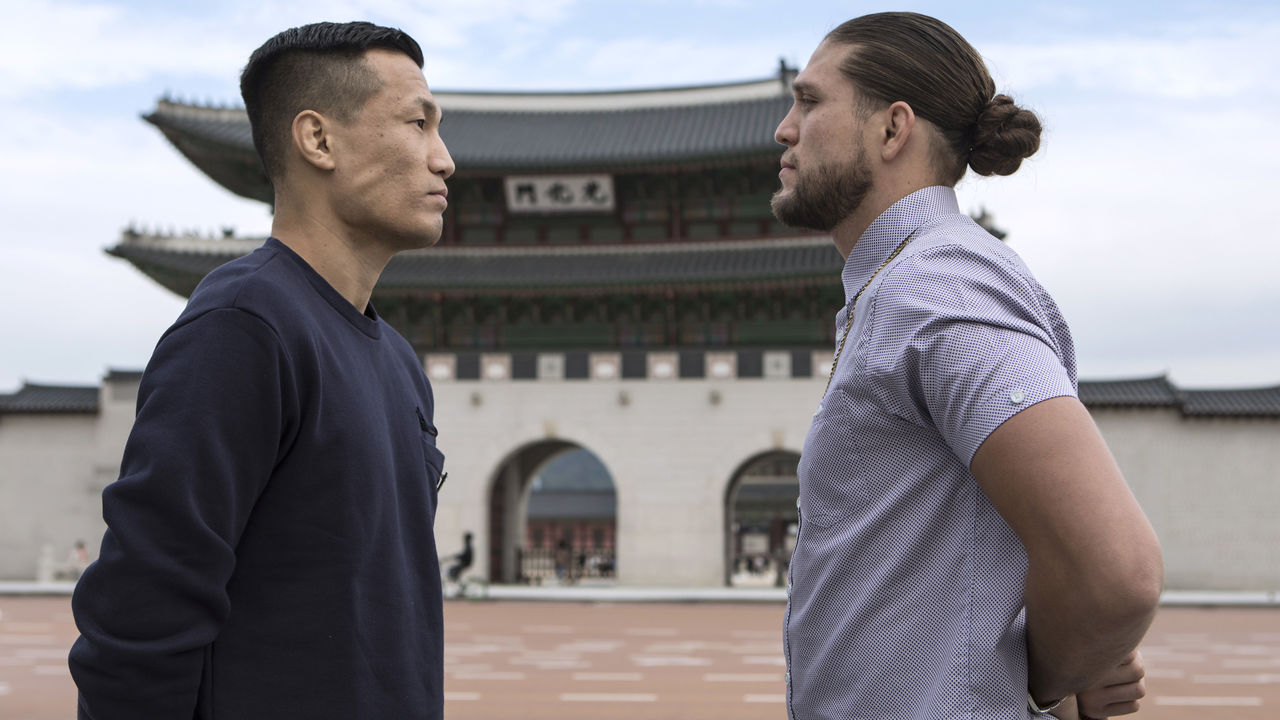 Back Sports Page’s MMA team is back with another installment of staff picks. UFC on ESPN+ 38’s main event will determine the next top featherweight contender.

Myself and Alexis Rodriguez pick who we believe will emerge as the top option to challenge Alexander Volkanovski. We’ll be selecting the winner of the high-stakes women’s flyweight match-up; along with a couple others.

Alexis Rodriguez: Ortega is coming off a brutal loss and a long layoff. Once an undefeated prospect, Ortega now looks to rebound and once again establish himself after a tough defeat to the champion almost two years ago.

The Korean Zombie, meanwhile, has been mostly stellar in his UFC return. Other than his out of nowhere loss to Yair Rodriguez, TKZ has been almost perfect in each of his performances. His new calculated approach has made him even more lethal.

The amount Ortega gets hit is concerning in this one. His stellar ground game is very dangerous from any position. This fight should stay on the feet though.

I think The Korean Zombie will run through Ortega. He will read him and take his time; he will finish him with either a doctor’s or referee’s stoppage.

TKZ no longer takes and gives; instead he intelligently reads his opponents and counters with precision. I expect him to do the same versus Ortega.

Ryan Truland: The biggest question heading into this anticipated main event is how will Brian Ortega look after the extender layoff. I know some people (e.g. Dominick Cruz) believe octagon-rust is a myth, but it’s not.

On the flip side, The Korean Zombie has been active and he has been GOOD. First round finishes have become common for him since returning to the UFC in 2017.

Vegas eyes TKZ as the favorite and I see why. I really think it’s in Ortega’s best interest to get this fight on the ground and use his world-class jiu-jitsu.

I don’t envision that occurring though. Instead, I see them mixing it up on the feet for a full 25 minutes. I’ll take Zombie’s striking to edge out Ortega’s.

Alexis Rodriguez: Jessica Andrade is moving up to flyweight for this one, and her first opponent is very interesting. Chookagian is much, much taller than Andrade which could pose a variety of issues for the powerful Brazilian.

It’s clear that Andrade must get close to land her shots or push Chookagian against the cage and take her down.

Chookagian is going to have to work and work throughout this fight. If she can keep her distance and defend takedowns, then she will win.

It’s going to be close, but Andrade should prove herself and land some big shots as she closes the distance. Chookagian will land, but most of the big significant strikes will come from Andrade who will mix in some takedowns also.

Ryan Truland: Andrade will be giving up about eight inches to the number one ranked flyweight, Chookagian. I expect her to really utilize her wrestling and clinch work as the smaller person.

This one goes the distance in all likelihood and I see Andrade having more success over fifteen minutes.

She may have trouble early on navigating past Chookagian’s jab, but she’s a veteran and she’ll execute her game plan Saturday night. It won’t be pretty and that’s exactly how Andrade likes to fight.

Perhaps she can work to a submission if she’s able to get Chookagian to the ground and keep her there. Again, I think it goes all three rounds though.

Alexis Rodriguez: Crute has more experience in the UFC even as a very young fighter. He bounced back from a loss and has shown promise and skill so far in his career.

Bukauskas is entering his second UFC fight and is looking to capitalize on the opportunity of facing a formerly undefeated fighter.

Crute’s superior ground game should net him the win and finish on the ground.

Ryan Truland: Both of these young light heavyweights have expressed their intentions of climbing up the rankings quickly. Whoever comes out on top will take a big step in the right direction.

I really liked what I saw from Bukauskas in his debut against Andreas Michailidis. The 26 year old knows how to use his long reach, which he will have over Crute this weekend.

Jimmy Crute will likely be ranked in the top 15 with a win. That’s how good the young Aussie is. I think he will look to fight up against the cage and eventually try to get it to the mat.

Something tells me to take the upset in this one though. If Bukauskas can keep this one on the feet and earn Crute’s respect early, I think he’s going to finish him.

Alexis Rodriguez: It’s been two years since Almeida’s brutal loss to Rob Font. He’s coming off a long layoff and he’s fighting in a very different landscape at 135lbs.

Martinez is powerful, scrappy, and someone who’s adept at scrambling while throwing a variety of strikes. His flying knees are lights-out; as seen in his fight with Frankie Saenz.

Almeida has some great ability and is capable of putting away anyone. He was once touted as a future champion. However, it’s hard to gauge where he’s at after two years away.

Thus, Martinez will pull out a victory by landing the more significant shots and pressuring Almeida.

Ryan Truland: Jonathan Martinez is the UFC’s “street fighter” not named Jorge Masvidal. He’s brought his never-stop mentality over to MMA, where he’s honed in on technique.

Thomas Almeida is fast and powerful. He carries one-punch knockout in his hands at all times. He’s beaten some good competition, but he’s shown tendency to come up short against the top guys.

This will be a good gauge to see just how good the young Martinez actually is. Again, we’re dealing with a long layoff. This time with Thomas Almeida. When he steps into the octagon Saturday, it will have been over 1,000 days since the Brazilian last did so.

I’m going to take another upset here, but I don’t think it’s going to the scorecards.

Make sure to watch UFC on ESPN+ 38: Ortega vs Korean Zombie tomorrow night! Prelims begin at 4pm (ET) with the main card kicking off at 7pm (ET), both exclusively on ESPN+.