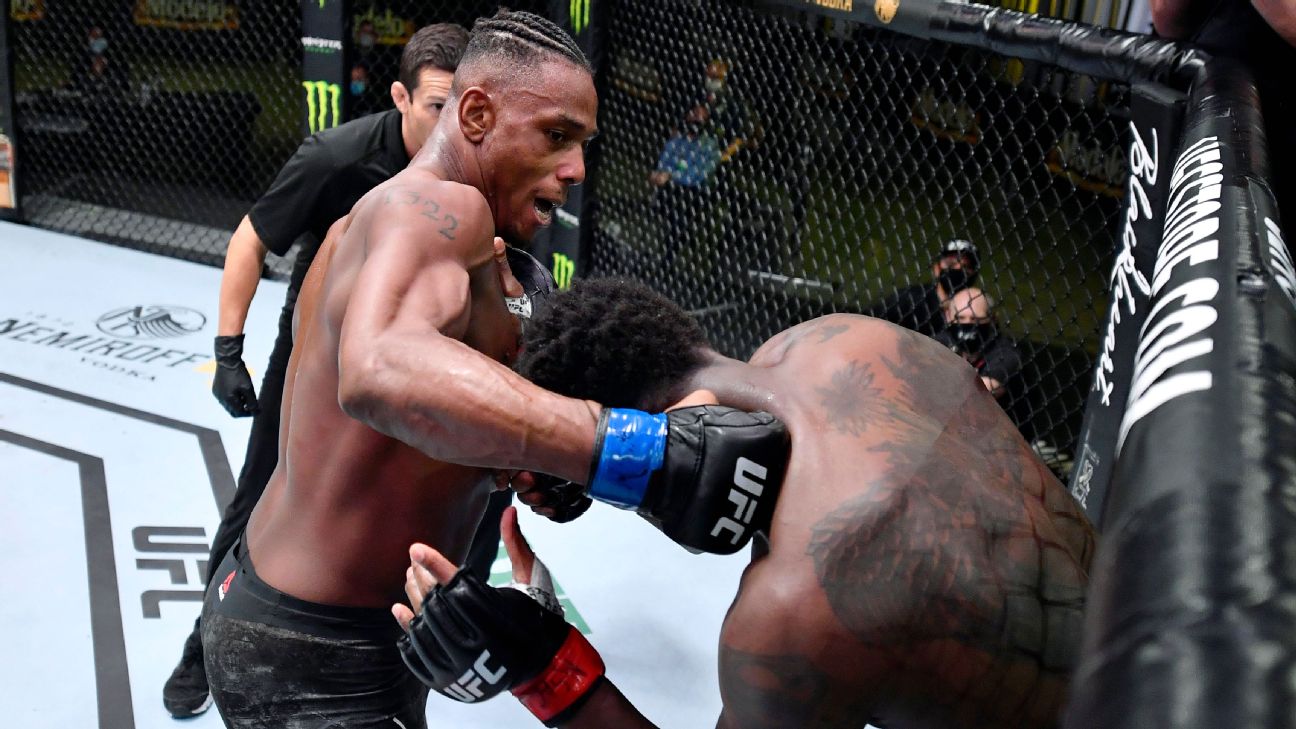 Several compelling storylines emerged from the results of UFC Vegas 16. A narrative that has been consistently emanate this year is the success of young, hungry fighters. That story transpired once again this past weekend.

Not only did all four unbeaten fighters keep their zeros—three of the four scored stellar finishes.

23 year old Ilia Topuria cruised to knockout victory over veteran Damon Jackson. The performance was sure to please the young prospect and his coaches—who were outwardly discontent with his debut decision win versus Youssef Zalal back in October.

Clearly the young Georgian and his team have set a high bar to measure success. The now (10-0) Topuria displayed high fight IQ by getting inside on the taller, longer Jackson to rip the body before coming back up top for the finish.

Topuria was the faster, crisper striker. His advantages were clear from the opening bell, and the final blows were powerful enough to crumple Jackson’s lower half.

It will be interesting to see who the matchmakers put him up against next. He’ll surely be climbing up the ladder. Perhaps Makwan Amirkhani or Grant Dawson.

The picture basically says all you need to know. The visual was cringeworthy. The audio was deafening. All in all, it only took ‘The Monkey King’ 22 seconds to dispose of the veteran Wiman.

I think everyone collectively took a deep breathe once we saw Wiman get up and appear coherent. Yes, Leavitt prepared the slam so it would have devastating effects. That’s no reason to feel any ill-will towards a fighter who’s just doing his job. His performance earned him a well-deserved $50,000.

A good word to describe Leavitt might be “funky”. Other words that fit are “talented”, “focused” and of course “undefeated”.

Leavitt (8-0), a family man, will look to continue his success early next year. Possible names include Des Green and Luis Pena. Pena and Leavitt each own first round finishes over Wiman.

Dolidze is actually a 32 year old “prospect” if you will. Surprisingly beginning training late isn’t always a bad thing. In fact, in Dolidze’s case, it’s aided him.

There were some moments in this bout where he probably could’ve scored a finish. Instead, he chased some leg locks and heel hooks that didn’t amount to much. That’s honestly his inexperience surfacing. Expect to see more ground and pound from Dolidze his next time out.

Our last entry is the closest to contention. Jamahal Hill looked faster than OSP and he matched his power and craftiness as well. OSP has made a habit recently of halting prospects in their tracks. Hill proved that he’s more than just a prospect.

‘Sweet Dreams’ might just steal OSP’s ranking after this past weekend’s results. Hill is a former basketball player—which is apparent in his speed, height, and athleticism.

Other saluted performances prevented Hill from winning any bonuses. Lucky for him, Dana White said he’ll be rewarded. Likely in the form of both coin and another ranked opponent.

I like either Paul Craig or the loser of Misha Cirkunov-Ryan Spann for Hill’s next foe.

UFC Vegas 16 was about as fun of a night of fights as you can wish for. It was all capped off by a record-breaking middleweight headliner. The biggest takeaway was the four undefeated fighters keeping their zeros though.