UFC Vegas 17 — Everything You Need to Know 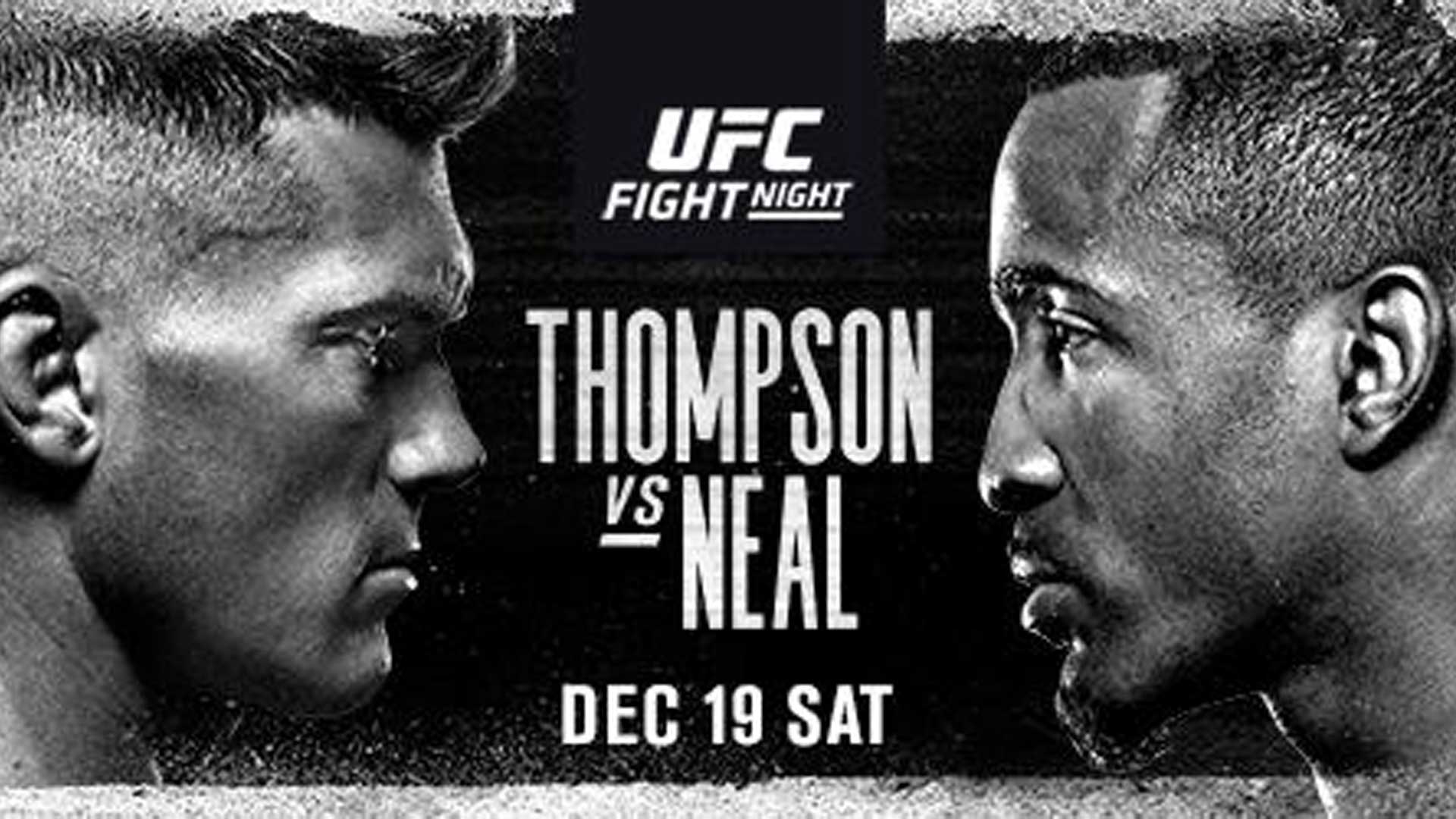 This weekend’s UFC Vegas 17 will officially round out the year — a year that was largely successful for the UFC. Headlined by Wonderboy vs Neal, UFC Vegas 17 is stacked top to bottom. Here’s everything you need to know.

Aside from the live-gate numbers, the UFC has excelled in a year that tanked many businesses and organizations. There’s never been a time when there’s been more talent in the promotion than there is right now. UFC Vegas 17 speaks volumes to that notion.

Other hot up and comers trying to shed the “prospect” label include: Khaos Williams, Michel Pereira, Pannie Kianzad, and Taila Santos.

The winner of the Williams-Pereira bout will take an enormous step forward, while the other will have some more work to do. Williams has the higher ceiling of two — what he accomplished in his first two UFC appearances cannot be understated. Plowing over durable competitors like Alex Morono and Abdul Razak Alhassan is no easy feat. Pereira will not have time to play around and showboat like he’s accustomed to.

A little further down the card you’ll find a fascinating match up between two Contender Series natives making their debuts in Tafon Nchukwi and Jamie Pickett. The former has been fast-tracked to this point because of his 100% finish rate. From Cameroon, Nchukwi is like a light-heavyweight version of a young, raw Francis Ngannou. On the other hand, Pickett took the long route to make it to the UFC. The 32 year old competed on the Contender Series three times — going (1-2). His third appearance is what earned him this opportunity. Similar to the Williams-Pereira bout, I peg Nchukwi as having the higher ceiling of the two competitors.

Jimmy Flick and Cody Durden square is a sneaky Fight of the Night contender between two young bloods. Moreover, can veterans Gillian Robertson, Rick Glenn, and Sijara Eubanks hold off their up and coming opponents? Watch the prelims to find out.

Greg Hardy has had an eventful start to his MMA/UFC career. First, he bulldozes two opponents in back-to-back months on the Contender Series. Then, he loses his UFC debut because of an illegal knee — a fight it seemed he was going to win. Next, he records two straight first round TKOs before having the infamous inhaler incident.

After looking a lot more polished in a decision loss versus Volkov, ‘Prince of War’ won two in a row to set up this match up with 15th ranked Marcin Tybura.

Tybura has a fairly extensive UFC resume having competed 12 times for the promotion heading into UFC Vegas 17. The Polish heavyweight has shown tendency to come up short against stiffer competition — meaning the outcome of this one will tell us a lot about Hardy.

If he wins and looks good doing it, he’ll earn himself another ranked opponent. Moreover, it’s likely that he will take Tybura’s number by defeating him. Hardy has displayed athleticism, power, and lately skill on the feet. The time is NOW for Greg Hardy if he ever wants to contend.

Dana White’s Contender Series has been in the spotlight, really since the fourth season aired over the summer. Since then, show’s veterans like Kevin Holland, Jamahal Hill, and Miguel Baeza have all impressed — Alex Perez even competed for a championship at UFC 255.

UFC Vegas 17 features eight Contender Series grads — including main event participant Geoff Neal. ‘Handz of Steel’ Neal has been dealt a murderous row of opponents since entering the UFC. Many consider him the dark horse of the welterweight class after knocking off Frank Camacho, Belal Muhammad, Niko Price, and Mike Perry.

Fighting Sean O’Mealley was not Marlon Vera’s big break. This, fighting Jose Aldo, is Chito’s big moment. The Ecuadorian has 15 UFC fights under his belt already, and it seems that he’s only now getting the respect he deserves.

‘Chito’ presents a plethora of danger for the former featherweight champ. Everything Vera throws is with bad intentions. He’s fast, powerful, and now very confident. There isn’t a person on this planet that could convince him that his win over O’Malley wasn’t legitimate.

Vera will be looking to hand Aldo his fourth straight loss this weekend at UFC Vegas 17.

Everyone was surprised when they heard that Alex Morono would be facing former lightweight champ Anthony Pettis. In a recent conversation I had with Morono, he revealed that even he was shocked by the news — calling it a “best case scenario”. Regardless, you have to be happy for him receiving such a big opportunity.

‘The Great White’ may be catching the former champ at the right time. Since losing the lightweight belt in 2015, Pettis is just (5-8). Now 33, ‘Showtime’ is on the back nine of his career, while Morono seems to just be hitting his stride. Furthermore, Morono’s durability and move-forward style may cause issues for ‘Showtime’.

Alex Morono and Geoff Neal are hoping to bring big wins back to Fortis MMA in Dallas, Texas.

UFC Vegas 17 is LIVE this weekend on ESPN+. Be sure to pay close attention to the young talent, the Contender Series grads, and veterans like Marlon Vera and Alex Morono receiving overdue opportunities.

The Main Event For The HARD TO KILL PPV On Jan. 16, 2021 Is Confirmed: Kenny Omega & The Good Brothers vs. Rich Swann & The Motor City Machine Guns
Paige Bueckers: The Next Great Hooper