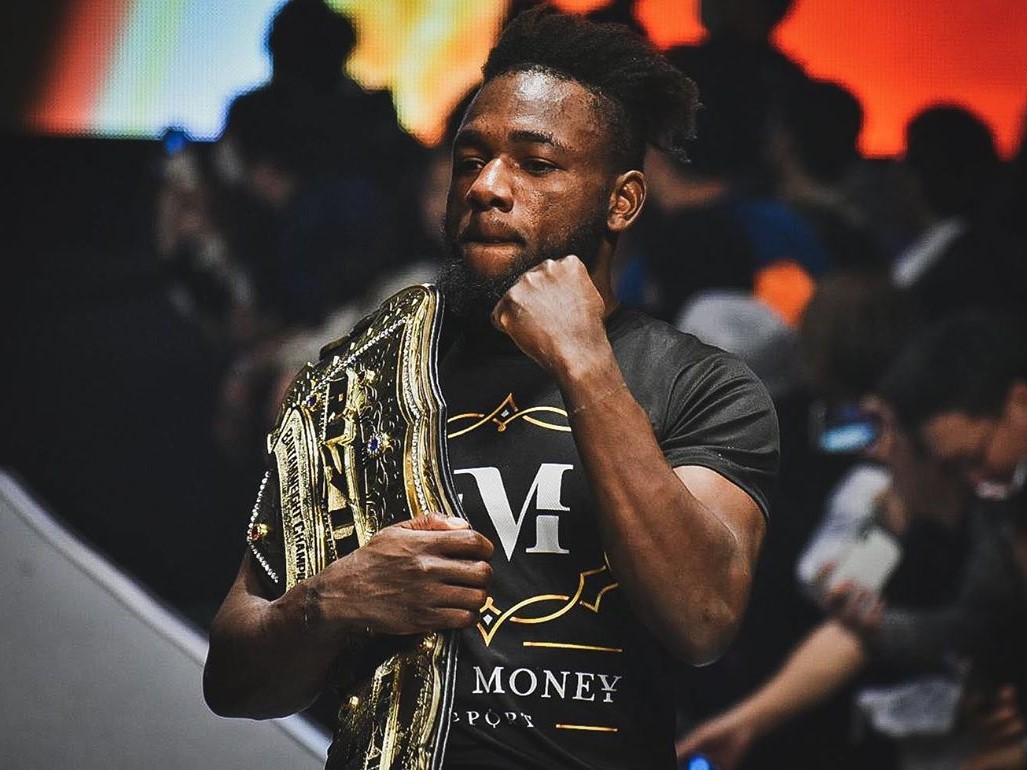 After inking a multi-fight deal with the UFC last May, former RIZIN bantamweight champ Manel Kape makes his anticipated promotional debut this weekend. ‘Prodigo’ will be dropping down to flyweight to take on perennial contender Alexandre Pantoja. Enter Manel Kape.

Born in Angola, Kape has trained at VS Team in Portugal, but the team he currently reps is AKA Thailand. It’s this gym in Thailand where Kape has reached his full potential.

Manel Kape suffered lows and highs early on in his RIZIN career. He burst onto the scene at the RIZIN Fighting World Grand Prix 2017, when he knocked out Erson Yamamoto in the opening round with a flush head kick. Then, he faced former UFC flyweight Ian McCall in the second round of the Grand Prix. Doctor’s stopped the bout after Kape landed a devastating knee.

From New Year’s Eve 2017 to New Year’s Eve 2018, Kape lost three out of his four contests. However, he came back looking better than ever four months later at RIZIN 15. There, he scored a finish over Seiichiro Ito with a liver shot. Just a few months after that, Kape used his heavy hands again by grabbing a TKO (right hook) over Takeya Mizugaki.

His back to back victories earned him his first title fight at RIZIN – and a chance to avenge his loss to Kai Asakura. He did just that with a right cross to the chin that dropped Asakura to the floor. Manel Kape was crowned the RIZIN bantamweight champ that evening.

Three consecutive finishes placed Kape on the UFC’s radar. Moreover, the UFC is always actively searching for talent from other organizations – especially if they can help bolster the flyweight division. Enter Manel Kape.

The UFC officially signed the RIZIN bantamweight champ to a four fight contract last May.

Kape was originally scheduled to debut against Rogerio Bontorin last August, but an ankle injury forced Bontorin to withdraw. Then, Kape and his current opponent Pantoja, were scheduled to meet in December, but Kape’s foe withdrew once again.

Now, Manel Kape will make his highly-anticipated UFC debut this weekend at UFC Vegas 18. He’ll look to bask in the same success that fellow former RIZIN champ Jiri Prochazka had in his UFC debut.

Immediately, ‘Prodigo’ will be entering the UFC as a flyweight contender. With a win, Kape will throw his name right into the title picture. Whether he wins or loses, he’s an intriguing new face that’ll be joining the mix at 125lbs.