UFC Vegas 18 Features a Pivotal Rematch in Dariush vs Ferreira 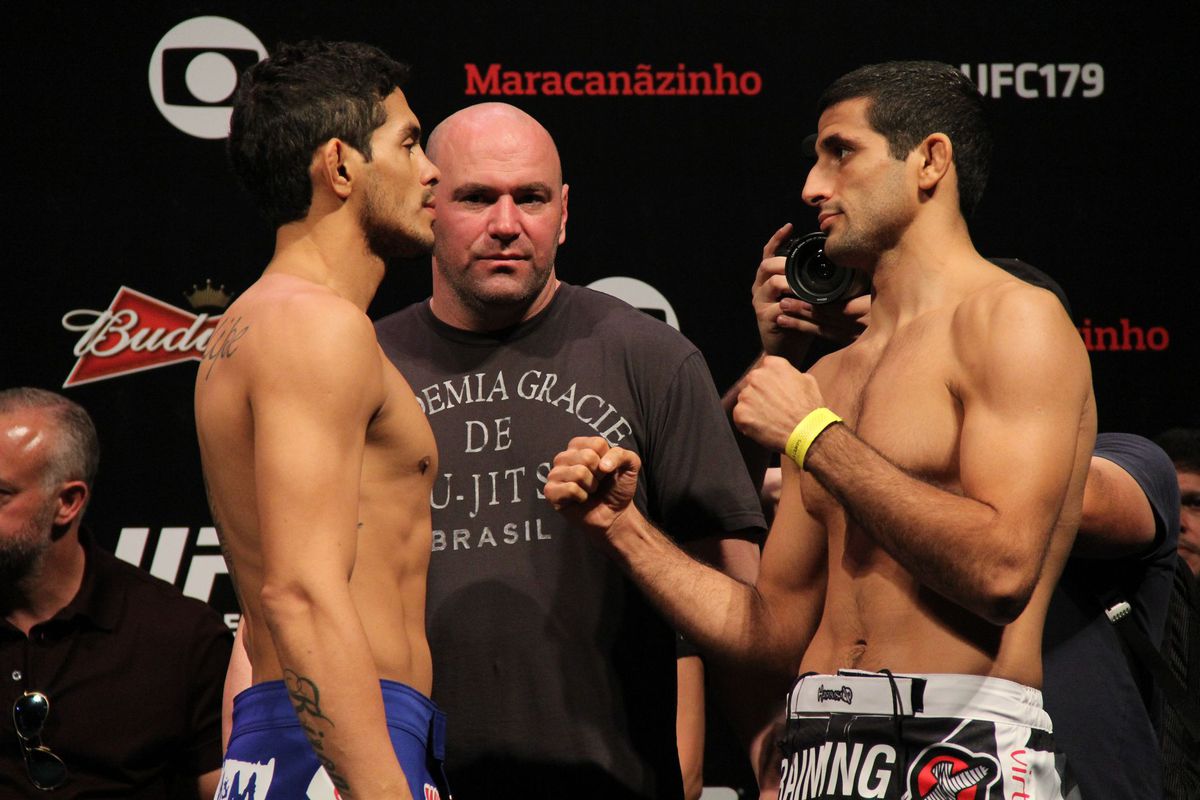 One of the most fascinating fights featured on UFC Vegas 18’s card is Beneil Dariush vs Diego Ferreira. The clash of styles, heavy implications, and storyline make this a can’t miss bout.

These top-15 lightweights met once prior, at UFC 179 in 2014. Now, they’ll battle it again in what is a pivotal rematch in the lightweight division.

Beneil Dariush was originally scheduled to face Alan Patrick at UFC 179. After a broken jaw in camp forced Patrick out, Carlos Diego Ferreia stepped in as the late replacement. Both men’s careers were fairly young – having just six UFC fights between them – but both proved they were here to stay.

The classic orthodox vs southpaw chess match was on display their first go-around. Both guys were landing when they fought at distance, but Dariush dominated the fight with his grappling – landing six of his twelve takedown attempts.

Dariush dictated how and where this fight was fought utilizing his grappling advantage. Fast forward nearly seven years later and you have two much improved fighters who are gunning for contender status.

This rematch – in a lot of ways – is similar to the Poirier-McGregor rematch. Both were roughly seven years ago, the winner and the loser improved drastically in both, and they’re all still big players at lightweight (to varying degrees).

“He’s improved so much,” he said, “you can tell in his stand up, you can tell his entire style has changed. He was kind of wild before, but he’s become much more strict with his striking.”

We’re in for a real treat this Saturday because these are two veterans who are excellent wherever the fight goes. Both Dariush and Ferreria are world-class grapplers. Additionally, Dariush has a black belt in Muay Thai under Rafael Cordeiro. All the while, Ferreira’s refined striking is dangerous – especially at distance.

This is the first rematch either guy has had in their professional careers. The matchmakers picked the right time to pair these two up again as both are blazing hot. Although having not fought since last January, Ferreira has won six straight. Meanwhile, Dariush is riding a five fight winning streak, with only one of those wins being left to the judges.

Whichever lightweight leaves this pivotal rematch with their hand raised will be in prime position to make a run up the ranks this year. Dariush vs Ferreira is an absolute must watch bout at UFC Vegas 18.