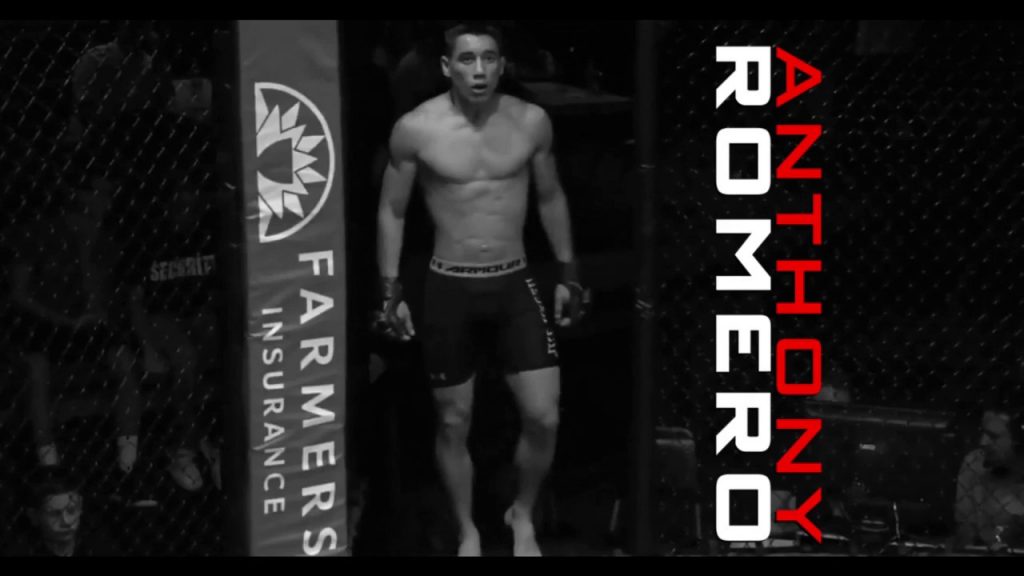 Niagara Top Team’s Anthony Romero secured his ninth straight win over the weekend by defeating Zach Juusola by split decision. The 23 year old has his eye’s set on the UFC—and rightfully so.

“I would hope the UFC’s next,” Romero chuckled, “but I’m always looking to see what’s out there—if it’s not the answer right now I’ll probably fight for LFA or KOTC, but my eye’s are set on the UFC right now.”

I don’t think many would’ve argued if ‘The Genius’ was signed to the UFC immediately following his unanimous decision win on the Contender Series over the summer. Romero didn’t miss a step though. It just allowed for him to gain even more experience before making his debut.

The undefeated lightweight has been preparing for this basically his whole life. Since 14 years old, Romero competed all around the world.

“It helps a lot,” he replied. “When I was traveling internationally for the Canadian national team, it was really cool traveling to different countries, having to cut weight, and adapt to the time and climate changes—it’s made it kind of normal for me now to get on a plane to go fight someone.”

Anthony Romero has more experience than just about any other 23 year old mixed martial artist. He’s been putting a ton of time and effort in the gym to improve everyday. He has fellow rising prospects Aaron Jeffery and Zack Powell to train alongside him at Niagara Top Team.

“It’s awesome, it’s really motivating, and it’s a big thanks to the coaches at Niagara Top Team and Para Bellum MMA” he said in regards to seeing his teammates also have success. “They’re putting countless hours into us and you can tell that it’s spreading—it’s not just me, or Aaron, or Zack—it’s everyone all together putting work and dedication in.”

It’s not far-fetched to say that all three (Anthony Romero, Aaron Jeffery, and Zack Powell) will be in the UFC by 2021. They have a combined pro record of (22-2). Impressive to say the least.

If you haven’t seen ‘The Genius’ fight yet, you will soon—because it’s only a matter of time before he receives a call from the UFC. I asked him what he wants people and future fans to expect when they see him compete on the biggest stages.

It’s fitting that someone nicknamed ‘The Genius’ would say to expect a “smart” fighter. He’s right on the money though—intelligence is a must-have to reach the highest peaks in this sport.

Anthony Romero is just 23, but he already has his eye’s on the UFC. Expect the prospect out of Ontario to make his UFC debut at some point in 2021. The maturity is there. The talent is there. Look out ladies and gentlemen.