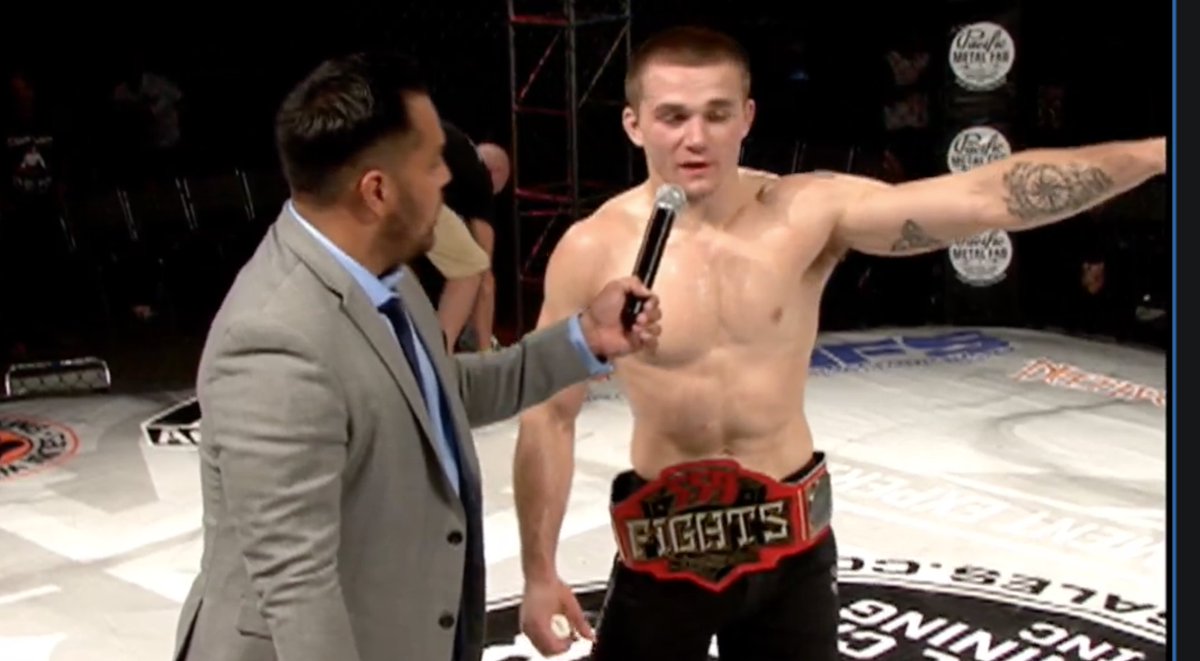 The average UFC fan probably doesn’t know who Nick Maximov is yet, but they will soon. The undefeated 22 year old has set high goals for himself, including one day becoming UFC champion.

“Hopefully be the best in the world and champ one day,” Maximov replied when asked what his MMA goals are. “That’s always the goal, to have that UFC belt around my waist, that’s always gonna be the ultimate goal.”

Maximov has done everything right thus far in his young mixed martial arts career. One of his best qualities is how eager he is to continue staying active.

“I’ve been trying to be you know… that’s all I can be right now,” he said. “What else am I gonna do? Sit around and do nothing all day? I’ts a good opportunity.”

All you have to do is check out Maximov’s recent schedule to realize how determined he is to keep improving upon his craft. He’s currently scheduled to face Aaron Tiegs on Oct. 4th, in what will already be his seventh bout of 2020 (5 grappling/2 MMA)!

Perhaps some of Maximov’s work impressive ethic comes from training at the Nick Diaz Academy in Stockton, California. One thing that’s for certain though is the killer mentality it takes to be apart of a gym as competitive as the Academy.

“Their mentality is always just kill or be killed,” Maximov responded. “You’re always fighting everyday, you go in there and it’s always a fight, always gonna be a hard training session.”

At 5’11”, Maximov is more than capable of moving up and down between middleweight and light-heavyweight and he’s a match-up problem for opponents in both divisions.

“185 might be the move down the line, but time will tell. Right now I’m gonna go 205 just for the time being, but I’d definitely like to go back down to middleweight,” he explained.

Obviously retirement is a long ways away for a 22 year old fighter like Nick Maximov, but I was curious as to what he’d like to be remembered as once he does decide to hang up the gloves for good.

“Hopefully a good work ethic, a guy who’s tough, who never backs down or anything. It’s rare to find guys who are tough like that anymore,” he continued. “That’s just such an old-school mentality, which is kind of sad because I feel like it takes away from fighting, but you know something like that,” Maximov concluded.

Nick Maximov has an extremely bright future in mixed martial arts and you can hear the humble confidence in his voice.

The way he’s performed of late in his bouts makes me believe he’ll find himself in the UFC sooner rather than later. Make sure to keep an eye out for this young, undefeated prospect out of California because he’s got big things ahead.