Underrated Signings of the NHL Off-Season 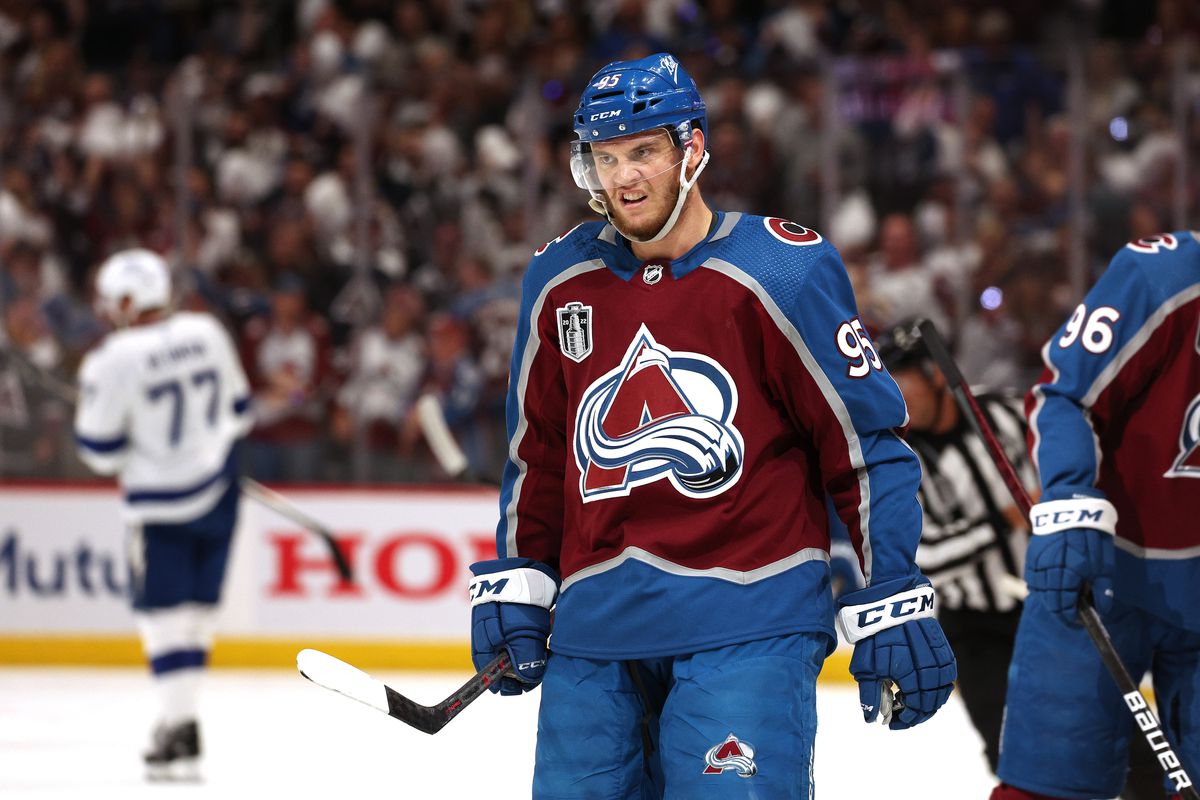 With the NHL off-season in its driest period, with the big name free-agency trades coming and going, there is little to miss when it comes to recent signings. Yet, there are some that slip past the frenzy that aren’t discussed to oblivion on social media trending pages. This article will attempt to discuss the most underrated and overlooked signings of the NHL off-season so far.

André Burakovsky from the Colorado Avalanche to the Seattle Kraken

Out of all the big name free agency signings that were spoiled by NHL insiders, this one provided the most shock value to me. Shockingly, I see few Avs fans and really anyone in hockey spaces discussing this signing. Burakovsky, or Burky as he is nicknamed, was considered a playoff hero in the Avalanche’s road to the 2022 Stanley Cup victory. Scoring countless clutch goals and providing that much needed star quality to the Avs roster, it seemed almost outlandish that he would leave, let alone go to a team as fresh off the block as Seattle. Yet, this is the reality we live in. For a five-year contract worth $27.5 million, Burakovsky will go from his 3 career-high production seasons with the Avalanche to a hopefully better, yet unlikely so, five with the Kraken. While Burakovsky will hopefully add padding and goal scoring to the Kraken’s roster, it is still sour tasting news to the Avs fans that have grown so close to Burky, especially during this playoff run.

A former first-round draft pick, selected 23rd overall by the Washington Capitals in 2013, the veteran forward is now a two-time Stanley Cup champion from two different teams, a rare feat that many unrestricted free agents don’t have on their resumés. During the postseason, Avalanche coach Jared Bednar often spoke highly of Burakovsky, “That’s what Burky can do. You put him in a spot, and he can finish,” Bednar said. With 123 career goals to his name, the 27 year old will likely end his career in Seattle, and will hopefully make a splash with his new team.

Oliver Bjorkstrand from the Columbus Blue Jackets to the Seattle Kraken

Bjorkstrand was selected by the Columbus Blue Jackets in the third round, 89th overall, of the 2013 NHL Entry Draft. Bjorkstrand scored 40 points (11 goals, 29 assists) in 2017-18, his first full NHL season. He had three points (one goal, two assists) in the Blue Jackets’ six-game loss to the Washington Capitals in the Eastern Conference First Round. He scored an NHL career high 23 goals in 2018-19, then helped Columbus win a Stanley Cup Playoff series for the first time with a sweep against the Tampa Bay Lightning. Bjorkstrand finished with two goals and three assists in 10 playoff games. Bjorkstrand who has spent the last seven years in Columbus will be making a move further West for four years and $5.4 million AAV. The Kraken are getting a steal with this trade, a trade they’d never be able to swing in a typical NHL summer. And along with Burakovsky and fresh draftee Shane Wright, among others, the Kraken are due to a steady incline in performance if all goes well.

On July 28th, the Senators revealed that they would re-sign forward Mathieu Joseph to a four-year, $11.8M contract extension. Joseph, 25, registered 12 points (four goals, eight assists) over 11 games with the Senators last season after being acquired in a trade with the Tampa Bay Lightning, in exchange for forward Nick Paul, on March 20. He concluded the season having established new NHL career highs in assists (18) and points (30) over 69 contests split between Tampa Bay and Ottawa. The campaign also saw him record the first hat-trick of his NHL career (in a contest in which he registered a career-high four points) in the Senators’ 5-2 win at Detroit on April 1. “Mathieu’s addition made an immediate positive impact as someone who fit in well with our group,” said Senators general manager Pierre Dorion. “He has high-end speed, a nose for the net and is responsible in his own end. He’s long demonstrated good upside and is someone we’re counting on to have another solid season both in 2022-23 and beyond.” This is a great decision on the Senators’ end and will have great future consequences for the team moving forward, along with big name signings like Claude Giroux, the Senators hope to be moving up the NHL standings in the coming seasons.

On July 25th, center Isac Lundestrom agreed to a  two-year, $3.6 million contract with the Anaheim Ducks. The 22 year-old Swede had 16 goals and 19 assists last year in his first full NHL season, ranking fourth on the roster in goals. Lundestrom also excelled as a penalty killer, tying former Ducks forward Corey Perry’s franchise record with four short-handed goals. The Ducks’ first-round pick in 2018 has 22 goals and 22 assists in 151 career games. After the retirement of longtime captain Ryan Getzlaf, Lundestrom is likely to be Anaheim’s third-line center next season behind Trevor Zegras and new free agent signees Ryan Strome and Frank Vatrano, who signed long term deals in Anaheim after leaving the New York Rangers. These decisions will greatly benefit Anaheim in the coming seasons, and we will possibly see Anaheim get some solid production.

He scored 10 goals and 25 assists in 41 games with the Providence Bruins, the Bruins’ AHL affiliate.  Studnicka initially was selected by Boston in the second round (53rd overall) of the 2017 NHL Entry Draft. Studnicka is one of he more perplexing young players in the Bruins’ roster, yet with a team racked with injuries and still key players having yet to re-sign and facing free-agency, hope lies in the younger Bruins roster to keep things afloat.

Pierre-Luc Dubois signed a 1 year $6 million contract with the Winnipeg Jets. This came as news to fans and media who were expected PLD to sign with the Montreal Canadiens. Dubois, 24, played 81 games for the Jets last season and recorded 60 points (28 goals, 32 assists). The Quebec native has played 361 career games for Winnipeg and the Columbus Blue Jackets and posted 239 points (102 goals, 137 assists) throughout his career. Dubois, the third overall pick in the 2016 NHL Draft who entered the NHL in 2017-18, has also skated in 33 career playoff games and recorded 22 points (8 goals, 14 assists). While this contract is short, it is good news for the Jets to hold onto such a valuable player for one more season.

Patrik Laine signed a four-year contract extension with Columbus Blue Jackets worth $34.8 million. The team will pay an average annual value of $8.7 million against the NHL salary cap each season. Laine, a star forward and the team’s leading scorer last season with 26 goals and 56 points, agreed to a long-term deal with Columbus. The deal has an $8.7 million AAV that doubles as the Jackets’ per-season charge against the NHL’s salary cap.

After signing superstar forward Johnny Gaudreau on July 13 to a seven-year, $68.25 million deal, the Blue Jackets will likely not be bottom of the barrel in the following seasons, despite not being cap complacent. “He is a special player, one of the truly elite goal scorers in the National Hockey League, and he has fit in extremely well with our group since his arrival. He is an integral part of the team we are building in Columbus and we couldn’t be happier that he will continue to be a Blue Jacket for the foreseeable future,” Blue Jackets general manager Jarmo Kekalainen said in a statement.

Ty Smith from the New Jersey Devils to the Pittsburgh Penguins

The final signing on the list involves 22 year-old Devils defenseman Ty Smith who was traded to the Pittsburgh Penguins for a 1 year $863,333 AAV contract. He has pedigree as a former first-round pick (17th overall in 2018) and a smooth-skating style that should help him maximize his skillset in Mike Sullivan’s system. This trade will hopefully benefit Pittsburgh, as the addition of Smith to their defensive lineup along with Mark Friedman to hopefully round things out.

To conclude, these signings were mentioned in passing or were simply looked over as minor signings. Yet, these should have lasting, mainly beneficial consequences on each team involved, and while these seem small, each contract and signing seems to benefit the team and the player, allowing them to reach new heights in either the same or a completely different market.