USA Basketball Won Their Last Exhibition, But Is There Reason to Worry? 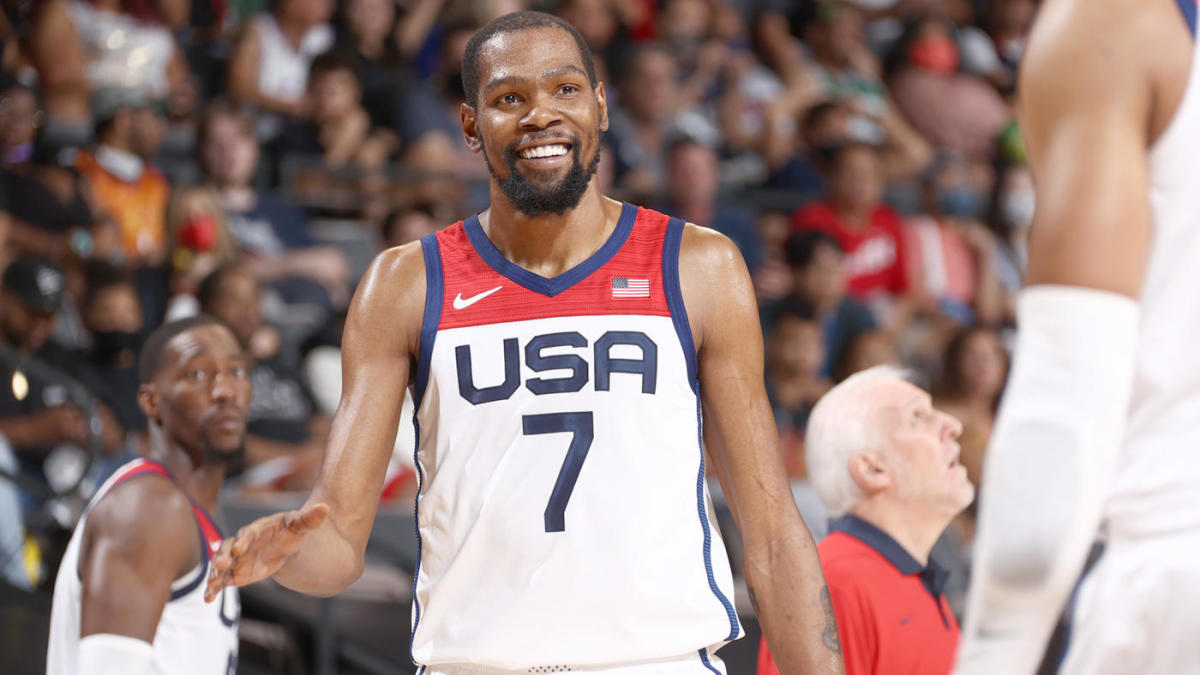 USA Basketball finished their last tune-up game before the Olympics with a win but has their exhibition games exposed a flaw with their team.

When the 1992 Olympics allowed NBA players to participate, the USA assembled the unstoppable “Dream Team,” setting a high bar for the future of USA Basketball. Since then, America’s international dominance has been unparalleled with them winning six gold medals and one bronze. The abundance of NBA players reigning from the states makes winning gold an expectation, not a goal.

However, many of America’s best NBA players have begun opting out of the Summer Games. So much so that skipping the Olympics is almost the new norm. Following the long, grueling NBA season, many of the league’s older, more popular stars have opted to use the offseason for recovery and family time, rather than overseas basketball. And this year’s Olympics is certainly no exception, with players like LeBron James, Steph Curry, James Harden, Anthony Davis, Kawhi Leonard, and many more not participating.

Despite this, the USA Basketball roster for the Tokyo Olympics has a talented assortment of NBA stars. They are the only nation with an entire roster of NBA players. Ironically, the nations with the next highest number are Nigeria (8) and Australia (7), both of which Team USA faced and lost to in exhibition games. These were, by no means whatsoever, expected to be losses.

The Vegas spread for USA Basketball’s tune-ups against Nigeria and Australia were, respectively, -29.5 and -16.5 points. Seeing the US fall short of such monumental expectations exposed some underlying issues with this year’s Olympic squad.

A BIG Hole for the USA Basketball Team

Despite not having the big names listed above, talent and skill are the farthest things from the problem for USA Basketball. What they are desperately in need of are continuity and a clear offensive game plan. At the heart of this is not having a true talented center nor a pass-first ball handler. Instead, Team USA is relying on small ball and positionless basketball. So far, though, the physicality of international basketball has exposed the weakness of non-stop switching and an iso-heavy offense.

Gregg Popovich through the four exhibition games has started Draymond Green at center with Bam as his backup. Neither one of these guys is taller than 6 feet 10 inches though. Both play pretty solid post defense for their size, but having no true seven-footers play (unless JaVale McGee makes an appearance), will hurt their rebounding and rim protection. Furthermore, Popovich’s commitment to switching on pick-and-rolls allows countries to attack post mismatches, especially since no big will be meeting them at the rim.

The lethal scorers on the Team USA should be enough of an offensive game plan, but to this point, it has not. USA Basketball should be some of the most beautiful, efficient basketball one could imagine, but this team has absolutely no connectedness. It is iso, after iso, after iso, without any movement or passing. Honestly, it is a shock that Popovich would allow this because it goes so much against his coaching values.

Missing LeBron James, James Harden, or even Russell Westbrook really hurts this side of things. With so much talent and everyone wanting to do their part, a strong leader that is willing to create for others at their expense is essential. Without one, the team looks lost and lacks any offensive identity. Hopefully, the additions of Jrue Holiday, Khris Middleton, and Devin Booker will tie this team together and put an end to the ego-ball.

Should USA Basketball Be Worried?

Going 2-2 in the exhibition games is definitely not something to be happy about. Although, that is not to say they don’t have the potential to blow right by the field. The biggest fixes for USA Basketball need to be making them more of a singular unit, rather than numerous stars. The whole world wants to watch in amazement as Kevin Durant takes down a whole nation alone. However, that just simply won’t happen.

Gregg Popovich needs to emphasize taking better shots later on in the possession. Walking up the floor and hitting a 35-footer may be somewhat normal for KD and Dame, but it is far from the best shot. Beginning to move off-ball more and working for the best, open look, rather than the first one will improve this offense tremendously.

On the defensive side of things, this team truly has the potential to be the textbook example of small ball. However, to do so, they need a team commitment to rebound defensively and help in the paint. Switching is a difficult defensive strategy to hold together, but this team has should have enough wings to manage. With more practice time under their belts, Team USA should get it together and show the basketball world who’s boss.