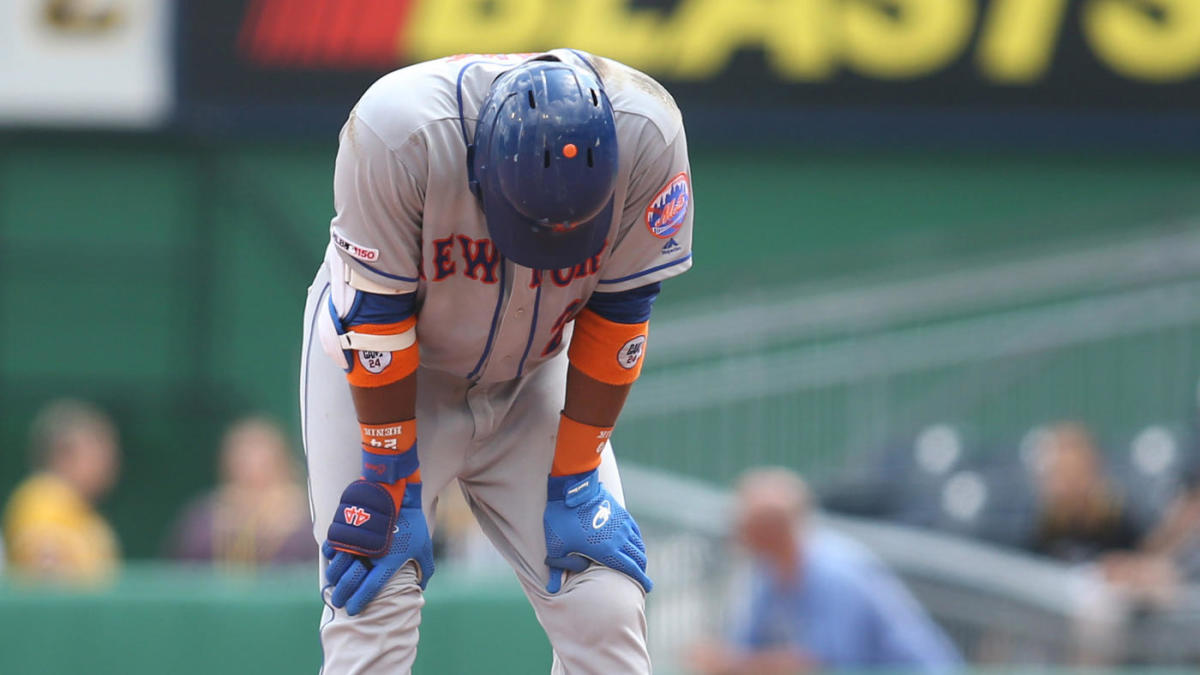 To say Robinson Cano has been a strong player for the Mets in his first season with the team would be a sick joke. The 36-year old struggled mightily at the plate in the first half of the season, batting .240 with 4 home runs and 18 RBI’s. Then came the harassment from Met fans, as the baseball world heard the cries of “Cano is done”, “he is worthless”. And many fans had doubts that recently hired GM Brodie Van Waganen, who traded stud prospect Jarred Kelenic for Cano and closer Edwin Diaz, could right the ship. The fans were asking for Cano to be removed from the lineup, and for Jeff McNeil to fill that void. The problem is that Cano is in his 6th year of a 10-year contract he signed back in 2014 with the Seattle Mariners, worth an AAV of $24 million. So, benching him is not an option, especially with the Wilpons in the front office.

But on Sunday, in the bottom of the 4th inning, Met fans held their breath. Cano rounded first on what should have been a double, but came up limping. The diagnosis revealed a torn hamstring, and his season is now in jeopardy. But Jeff McNeill can just slide in his place right?

What people forget to realize is that it is not that simple. Regardless of how Cano was doing, the team was on a tear. The last thing anyone wants to do is take a piece out of the perfectly fitted puzzle right now. A player that once was being booed and was enemy number one in Queens is now missing, and fans are going to want him back. With the outfield depth very slim, McNeil has taken his new role and soared, as he is doing quite well out there. But now he will have to come into the infield, leaving a hole in the outfield. Juan Lugares will play, but he cannot hit a beach ball if it were thrown at him.

Injuries truly hurt Cano’s chances of getting into a groove early on, as he hit the Injured List twice for extended periods of time in the first half. But, after the All-Star Break, he along with his teammates have been able to salvage the season, as a Wild Card spot is in reach. A record of 18-6 since the All Star Break has put the Mets just .5 games back. To put this into perspective, the Mets were 11 games under .500 at the All-Star Break and now they sit 3 games over. During this stretch, Cano was batting .289 with 6 home runs and 14 RBI’s in just 21 games, which is the vintage Robinson Cano the team needed. The team was rolling, all was good in the world, and the Amazin’ Mets were one of the most exciting teams in all of baseball.

The moral of the story is a Robinson Cano playing well provides some security in the lineup for guys like Pete Alonso, who has struggled since his Home Run Derby victory. Making the playoffs was going to be a difficult feat to begin with. But, now with Cano going down, most likely done for the season, can the Mets pull off a miracle and sneak into the playoffs?