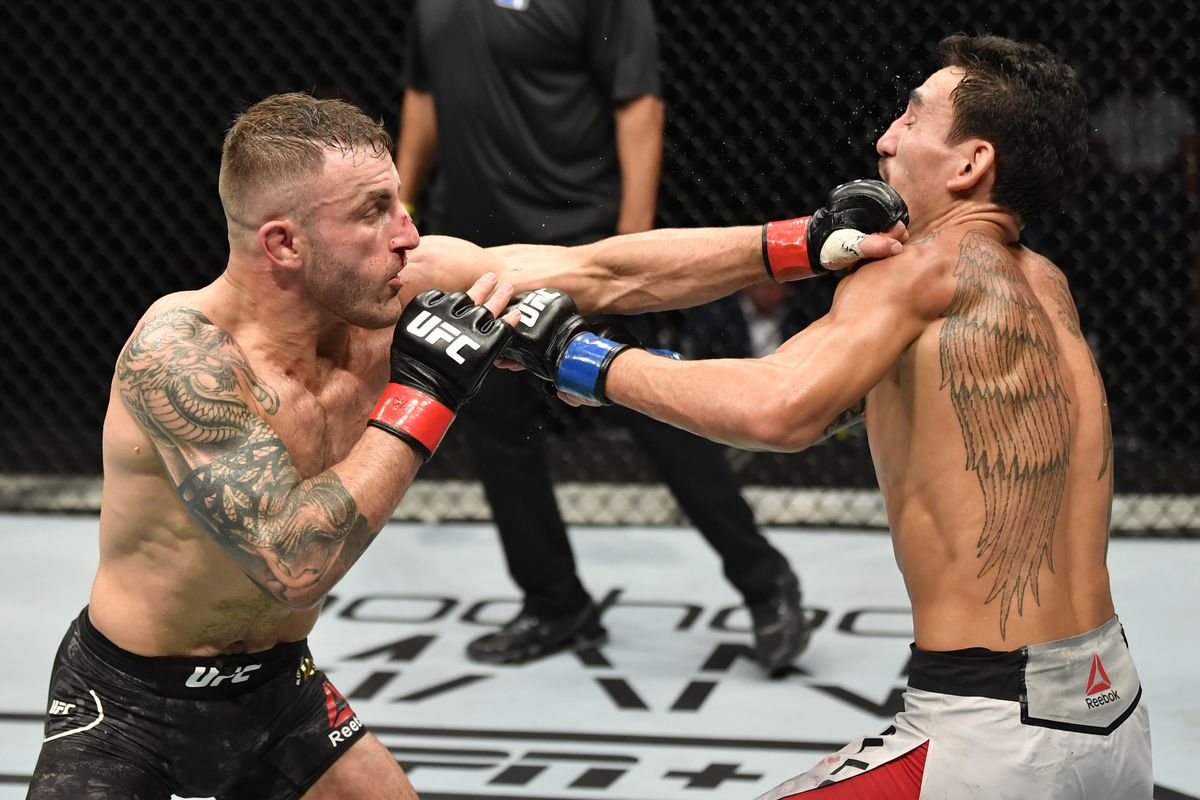 UFC featherweight champion Alexander Volkanovski continues to assert his desire to fight new opponents; rather than fighting Max Holloway for a third time.

Just after narrowly edging Max Holloway for the second straight time, Volkanovski told reporters he’s happy to close this chapter of his career.

“Tough fight, but when the scorecards were getting announced we were pretty sure we got the last three,” said the champ. “Happy with the win you know… to beat Max back to back like that, that’s saying something,” he told reporters. “I’m happy to finish the chapter… on to the next.”

Volkanovski has stood firm on that stance and he now has his eyes on Chan Sung Jung (Korean Zombie) and Zabit Magomedsharipov as potential challengers. Earlier this week he had this to say on Submission Radio:

“I think they’re the two front-runners, Zabit and ‘Zombie’… but again, they just need a fight,” he stated. “Someone just needs a fight, get an impressive win, and I guarantee you everyone’s going to be screaming their name.”

Korean Zombie is supposed to fight former title challenger Brian Ortega, but no date has been announced. Meanwhile, Zabit is set to face Yair Rodriguez in Aug. 29th’s headliner.

Zabit, with a win over Rodriguez, will be a likely option to challenge Volkanovski next.

The Australian champion has scoffed at Henry Cejudo’s call-outs as well.

Rightfully so when you consider all the viable contenders at the top of the 145lbs division.

Volkanovski doesn’t have complete say over who he takes on next though. UFC President Dana White’s opinion matters a great deal and he hasn’t ruled out a third fight with Holloway just yet.

“It’s hard not to say we can give Max a rematch for that fight again… do it a third time,” White said. I think all of the fans and the media would agree with that… I don’t know for sure.”

Currently, I think the best approach is to wait to see how Aug. 29th’s main event play out. Hopefully by then Zombie and Ortega will have a date; making the featherweight title picture a little more clear.

Alexander ‘The Great’ Volkanovski has proven to be a worthy champion and he wants fresh blood, but will he get it?

Philadelphia 76ers Lightning Round Preview
The Return of a Champion